How to Start Reading
Comics?

This will be my first
of hopefully many more articles on this page. So as a matter of sharing some information
about me I propose the following question:
How or why people
start reading comics?

With this simple
question I will begin to share my personal experience.
The first introduction
I had to the Marvel and DC universes didn’t come on colored pages of paper; but
from the screen of a television with shows like Spiderman, X-men, Batman The
Animated Series, and Superman The Animated Series. Even when I was child I use
to watch Superfriends and the  animated Batman
show with Adam West.
However I never read comics as
a kid, I knew they existed, but I didn’t know where to buy them. There were no
such things as a comic book stores. The internet didn’t sell comics at the
time, which is the way I buy comics now. Even If had the availability to get
comics on my own I still would had to struggle with the same question that all
non-readers must face to break into comics: where to start? 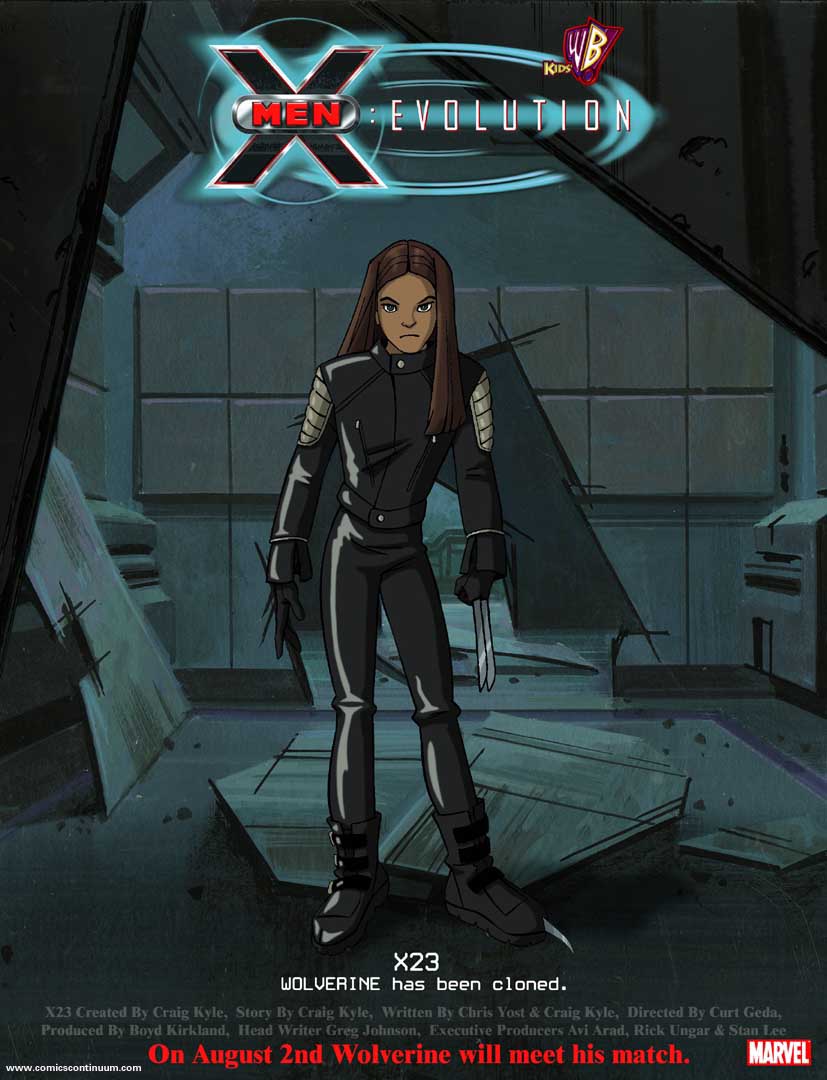 The first time I finally
read a real comic book was when I was 20 when I read the X-23 miniseries. The
reason for me picking that book was because of two reasons.
First it was
completely free, I got it from a friend who let me borrow it.
Second, I was actually interested in the
character because of X-men Evolution.
Once I read it I was
instantly shocked, the book is full of violence and the story was really
hardcore for how X-23 is dehumanized and tortured to be turned into a weapon. I
thought it was an okay story it really didn’t make me want to keep on reading
these kinds of comics, but it did make me want to read other kinds of comics. I
liked more the DC shows than the Marvel shows so instead I decided to start
looking for DC comics.
When I was looking for
DC comics I kept hearing these terms, before crisis, post-crisis, crisis this
and crisis that. So, I imagined that “Infinite Crisis” was a nice place to
start. Eventually I found a store that sold the comic, and with the idea of
only buying that sole book I stumbled on a book called Countdown to Infinite
Crisis.

This lead me to get a
ton of other comics that I still read to this day.
Looking back at that
experience makes me realize what is necessary to make people read comics and
that is simply to get people interested in keep reading about the characters,
not just keep ON reading forward.
I couldn’t just keep
on reading the same new comics every month. I wanted to know more about the
people and events some of those comics were referring to. This got me to
backtrack onto some older comics, comics from 10-20 years ago, That’s how you get new readers, not making him want to read a comic every month but by making
him want to read twenty years worth of stories.
The more I knew about
comics the more I knew about popular comics. Things like Neil Gaiman’s Sandman
for example, which got me to read other works by Gaiman like Black Orchid and
Books of Magic. I think the biggest
problem for a new reader or someone who just wants to start reading comics is
the sole decision of what to read. I didn’t knew I liked Neil Gaiman’s writing
before I read Sandman and I didn’t know I liked Sandman before I read it.
People told me the series was good, but I couldnt really know that until I read it
myself.
It is all a blind jump
into the dark. Most people don’t know if they like comics until they read one
that they like. No one wants to invest money in a comic they might not enjoy.
I read the X-23 book
only because I was interested in the character, and that is something that a
lot of people do. They try out one particular character more than others
because they know them from a movie or a television show. After reading X-23 I
wasn’t impressed. It didn’t make me want to keep on reading. I didn’t like
comics until I decided to read DC, it was a risk but I didn’t lose anything
from it. I didn’t waste money by reading the X-23 series. Countdown to IC was
pretty cheap for a 80 page book. Even now you can get it free at comixology.
It is all about taking
a chance to test what you might enjoy. If you have your doubts just look at the
list of best reviewed titles. Those are the titles that are popular with fans.
Those are the titles that fans remember the most. Look for the A-list writers
in the medium because they usually don’t disappoint.
And for those who are
already readers, share your comics, because there are a lot of people out there
who still don’t experience the joy of a good story told with great art.

So how did you start getting
into comics?

In less than a week, The Dancer #1-3 is about $500 away from reaching our goal. Let's get it to the finish line so we can announce our epic stretch goals!!

If you’re at @FANEXPOBoston this weekend, stop by Table A702 to say hi to @ComicUno and me! We’ve got all your favorite comics! ⚔️🌈👻🦸🏼‍♀️💃

New #postcard set now available as a reward tier and add-on for A Steampunk Carol on #Kickstarter!

On the road to Boston Fan Expo!

The Legendary Ladies are back and we're talking all things #HarleyQuinn! The ladies chat about the first five episodes of #HarleyQuinnS3 and how much we love @dcharleyquinn in general! Digressions include Bookstagram and the fate of HBO Max.