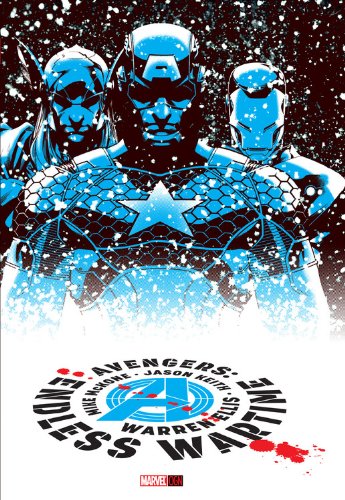 The graphic novel will be written by Warren
Ellis, a great writer known for many groundbreaking comics such as Transmetropolitan, Planetary, Stormwatch and
The Authority.
The art will be provided by Mike
McKone who has worked recently on Avengers Academy and Astonishing X-Men.

Here is a short
description of the story:
“An abomination, long thought buried,
has resurfaced in a war-torn land. But now it wears an American flag. Faced
with another nightmare reborn, Captain America will not stand for yet more
death at the hands of a ghost from his past. Haunted by his greatest shame,
Thor must renew the hunt for a familiar beast. At their side, an assemblage of
allies united to end the threats no one of them could face alone. They are
soldiers. Warriors. Comrades-in-arms. Mighty heroes led by a living legend,
stronger together than apart. They are the Avengers.
Avengers: Endless Wartime is bookended
by an introduction from Marvel’s The
Avengers star Clark Gregg (better known as “Agent Phil Coulson”) and an
afterword from the legendary Stan Lee, co-creator of this blockbuster super
hero team.
Avengers: Endless Wartime features
special augmented reality content available exclusive through the Marvel AR app
– including cover recaps, behind the scenes features and more, as well as a
bonus digital edition redeemable for reading via the Marvel Comics app (for
iPhone®, iPad®, iPad Touch® & Android devices) and
online in the Marvel Digital Comics Shop, all at no additional cost!”

What are some Kickstarters that should be on my radar for next week's Top 10 Comic Book Kickstarter video?

Want to catch up with the Dancer IN STYLE? We have a special variant cover tier to do just that.