Rich Johnston, whose popular website Bleeding Cool features comic book news and rumors, has been engaged in a twitter war with Dan Slott, the writer of Superior Spider-Man.
Dan Slott reacted on twitter to the fact that Bleeding Cool has a habit of posting spoilers. Usually they will post SPOILER WARNINGS. But the big thing Bleeding Cool did that compelled Slott to speak out against them was scan a picture of the final page of Batman #28. What makes the spoiler even worse (and a much more popular post for Johnston) was that Johnston posted the final page of the comic the day of its US release before comic book shops were open.

After Rich Johnston spoiled the ending of Batman #28, Slott began their lengthy twitter battle. He argued against posting spoilers about any comic book and brought up other issues he had with Bleeding Cool in the process with a barrage of tweets and used Twitlonger (which allows you to make your tweets longer) which I have reprinted below:

Dear @richjohnston & @bleedingcool, please stop
posting spoilers– ESPECIALLY the last pages– of books on the day they
come out.

It is a terrible practice and it makes it harder and harder for storytellers to deliver ANY kind of surprises to the readers.

If you think ANYONE who worked on BATMAN #28 appreciated what you did last Wednesday, you’re 100% wrong. Period. End stop.

There was absolutely NO need to post that full page scan of the end
of their book– before everyone in the U.S. market even had a CHANCE to
go to a store and pick up a physical copy.

It doesn’t matter how many spoiler warnings you put up on your site.
You’re disseminating that image to your readers– who will then go out
and spread it around the web. You know that.

If you care about this industry, these characters, and the people who
make these comics– let storytellers do their job and TRY to deliver
surprises once in a while DURING the stories they’re telling.

I don’t care if other sites get these images out. Or if there are
other places on the web where people can find them first. WHO CARES?
Your site gets traffic anyway. You don’t need the extra clicks that
badly.

Please show some restraint. Please exhibit courtesy towards both the
people who make the comics and the readers who don’t wish to see things
spoiled ahead of time. At least please wait till the people who have
9-to-5 jobs have a chance to go to their comic shops after work, and
read the issues themselves before you go spoiling any of the endings.

I think there is a “right” and a “wrong” way to spoil a comic book in a review. It is common courtesy for critics not to spoil the ending of a comic book or, even worse, scan the final page of the comic and upload it. It’s best to avoid spoilers altogether, especially if it’s a recent comic book. After all, I don’t think people would be too upset if someone spoiled what happened at the end of Spider-Man “One More Day.” The analysis of the ending was pertinent to reviewing that comic book and enough time has passed that it is considered acceptable by most people to “spoil” it.

This is not Slott’s first confrontation with Johnston. Previously Johnston wrote about how Marvel Comics published a letter in Captain America #10 which read: “Hi. My name is KJ. I am 9 years old and I love Marvel comics! I am in the hospital right now because I have leukemia. Marvel comics have helped pass the time on some very long days. My favorite character is Captain America and my favorite comic is the Defenders. Just as sure as Spidey beats Doc Ock, I am going to beat leukemia! Thank you very much.” 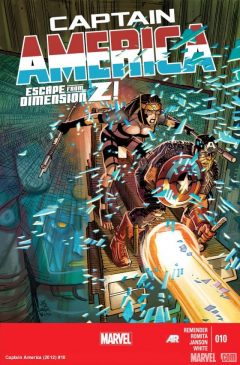 Here’s the thing. Johnston mentioned this letter the week of The Amazing Spider-Man #700 and talked about how horrible the juxtaposition was. However, they neglected to mention the fact that the letter appeared ten months prior to The Amazing Spider-Man #700. They made it sounds like the letter was written the same week. Slott again used twitter to talk about this article and it was pulled.

Unfortunately during the course of writing this article I saw the final page from Batman #28. Ironically, it wasn’t even from Bleeding Cool but Comics Alliance (ComicVine has also adopted the image). Slott pointed out that the image would spread like wildfire and that even if Bleeding Cool has a bunch of Spoiler Warnings, people are going to take the image and put it online since it’s as simple as click-copy-paste and they aren’t going to give you the courtesy of a spoiler warning.

This twitter battle has created some conflicting opinions about the proper etiquette of comic book reviewing. But what do you think about this twitter war? Is Slott or Johnston in the right? What’s your opinion on spoiling comic books in reviews? Let us know in the comments below.

One Thought to “Dan Slott vs. Rich Johnston Twitter War”