A month before the Guardians of the Galaxy movie is released Marvel will be coming out with an ongoing series about everyone’s favorite rambunctious guardian of the galaxy Rocket Raccoon. And who better to write the cuddly (and murderous) raccoon than Skottie Young (Oz), whose covers turn Marvel’s most popular characters into adorable babies?

This is the first title Young will be both writing and drawing a series.  What’s even more surprising is the fact that Rocket Raccoon is going to be… kid friendly? This is the same character that’s catch phrase is “Blam! Murdered you!” isn’t it?

Young told MTV that he thinks the Rocket Raccoon’s series is “…going to have a connection to that nostalgic feeling for ‘Looney Tunes,’ that old animated flavor where everything wasn’t squeaky clean, you know? Daffy Duck would get his bill blasted off with double barrel shotguns… That’s what I grew up watching, and being able to play around with that in this hyper-superhero intergalactic universe will be a lot of fun.” 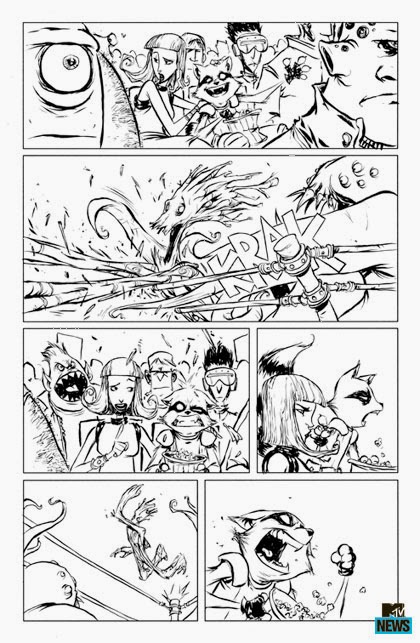 Young wouldn’t reveal the first three pages of Rocket Raccoon, which he said would be the same thing as giving readers the last page, but he did mention that Rocket Raccoon would be on a date of sorts at an intergalactic MMA wrestling style match watching his tree-friend Groot fight a tentacled alien.