In anticipation of the Buffy Challenge, let’s take a look at the first issue of the upcoming series Angel & Faith Season 10.

This is a continuation of Angel & Faith, a series that lasted 25 issues and was a spin-off continuation of Buffy the Vampire Slayer: Season 8. In this season, which will run alongside Buffy the Vampire Slayer: Season 10 (just like its predecessor ran alongside season 9), London has been taken over by magic and Angel needs to protect everyone. At the same time, Faith is fighting alongside Buffy!

See the seven page preview of Angel & Faith Season 10 #1 and my first impressions below. 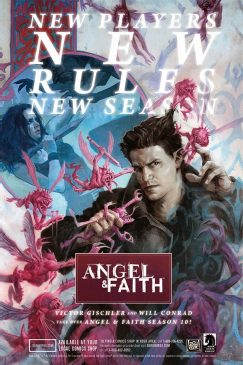 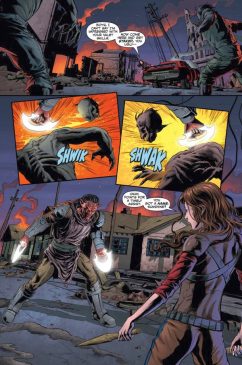 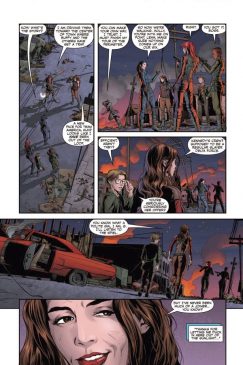 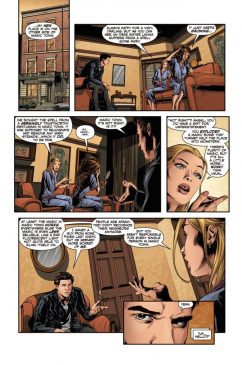 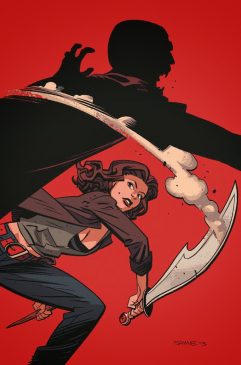 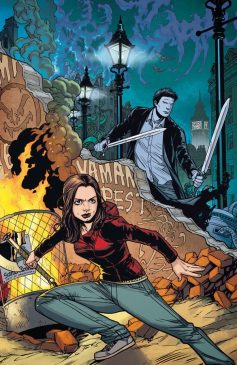 I like the set-up for this series. I haven’t read Angel & Faith yet but I was still able to follow what was happening. I’m sure Buffy fans will enjoy this more than a casual reader since names like “Kennedy” will mean nothing to someone who isn’t invested in the Whedonverse. Plus, “Rapunzel” seems like an interesting character and adheres to the comedic/horrific tone familiar in the Whedonverse. The art is solid. I hope those speedlines were just a one-time thing since the action could be much better without them but the characters are recognizable.