Madame Frankenstein is an upcoming Image Comics series. This vintage-style horror-drama takes place in 1932. Victor Krall’s lover has died but he’s not about to let that be the end of her. He decides to re-animate her. Unfortunately, that never seems to end well.

The series will be written by Jamie S. Rich (Madman Atomic Comics, Archer Coe) and drawn by newcomer Megan Levens. I’m really looking forward to seeing what Rich does with this since I enjoyed Archer Coe. According to Rich, Levens brought him the idea, and he said “I have always been fascinated by the Frankenstein legend and the deeper mythological meanings in Shelley’s original novel, so when Megan came to me with her concept for a My Fair Lady-style appropriation of the concept, it took me all of two seconds to say yes…

There seemed to be so much potential there, both in terms of exploring the thematic depths of the story and playing around with the look and feel of classic horror. The downfall of Victor Frankenstein was that he played God and tried to build his own version of man. His hubris was in thinking too highly of his own capacity for creation. Our mad doctor’s bigger mistake is underestimating the power of women.” 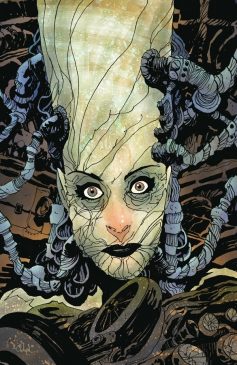 As a big fan of women in comics and the original Frankenstein story, I’m looking forward to see how adding a reanimated woman into the lore as the monster will be done. The mood is also supposed to be very reminiscent of classic horror films. Levens describes it by saying: “I’ve always been strongly drawn to the moody, old-Hollywood glamour of the classic Universal monster films, and I felt that aesthetic would be a perfect match for the elements of horror and romance in this story…

The period of the early 1930s gave me so much to work with visually, as the architecture, costumes, and even minute details like glassware and wallpaper helped ground the fantastic elements of the story in a reality that still feels a bit removed from the world of the reader. But the aspect of those films that appealed most to me was that they derived their sense of horror from the emotions of the characters. Even the monsters were shown feeling fear, love, and loneliness… and a monster you can empathize with is perhaps the most terrifying of all.” 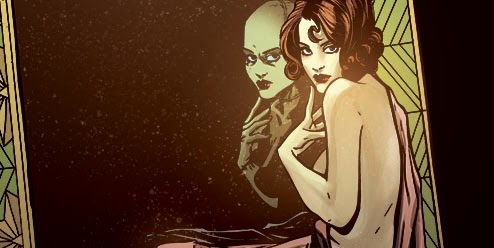 I’m looking forward to emotions running high in Madame Frankenstein. The first issue will be available on March 7th. Cover A will be illustrated by Joëlle Jones (House of Night) with colors by Nick Filardi (Godland, Powers). Cover B will be drawn by Christopher Mitten (Wasteland). Get ready for the “perfect woman.”