In honor of Batman’s 75th anniversary being this year, DC Entertainment has announced that Wednesday, July 23rd will be “Batman Day.” They will be partnering up with comic book retailers and bookstores across the country to throw celebrations for Batman. Three days after “Batman Day,” on July 26th, DC will be teaming up with Random House to celebrate the day in over 1,000 libraries across the United States.

Fans who come to these celebrations on “Batman Day” will get a free special edition copy of Detective Comics #27. The issue includes a reimagining of the debut issue of Batman back in 1939. It was designed by Chip Kidd with a script by Brad Meltzer, who is New York Times #1 bestselling author. 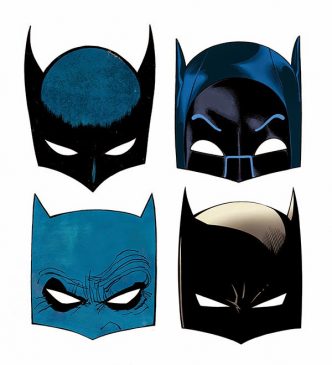 Of course, not everything being offered is free. That same day Robin Rises: Omega #1 and Grayson #1 will be in stores. Robin Rises: Omega #1 is an over-sized one-shot created by Peter J. Tomasi (Batman and Robin, Green Lantern Corps) and Andy Kubert (X-Men, Batman Eternal covers). Grayson #1 is the beginning of a new series starring the first Robin, Dick Grayson, who becomes a spy (I’m getting a very Bruce Wayne, Agent of S.H.I.E.L.D. vibe here) by Tim Seeley (Hack/Slash, Batman Eternal) and Mikel Janin (Justice League Dark).

If you can’t make it on Batman day to your local comic book store you can download a free copy of Detective Comics #27 only on July 23rd at www.readdcentertainment.com and all digital platforms including Kindle, iBookstore, Nook, Google Play and comixology.com

This celebration comes as no surprise. There have been some nice animated shorts dedicated to the year like “Batman: Strange Days” and “Batman Beyond,” so why not an entire day? Batman is DC’s number one cash cow, what with his hit movies, comic books, video games and numerous merchandise. It’s nice though that you can get some free stuff on “Batman Day” and I still plan on enjoying it.