Written by James Marsters, the very actor who portrayed the role of the vampire Spike on Buffy the Vampire Slayer, Spike: Into the Light is a 72 page hardcover that takes place during the seventh season of Buffy. This story has action, romance, and an enjoyable protagonist.

Spike, along with his newfound soul, pays a visit to Greenville, California. There he enjoys getting whacked by a broomstick and fighting a demon that craves children. The only downside is (wait, those were all downsides…) his boots are falling apart!

I am a huge Spike/James Marsters fan and I enjoyed this comic a lot. There are some things I don’t like about the Buffy comic books and while this hardcover doesn’t have as much funny dialogue as the television show, it’s more enjoyable than most of the other Buffy comic books. 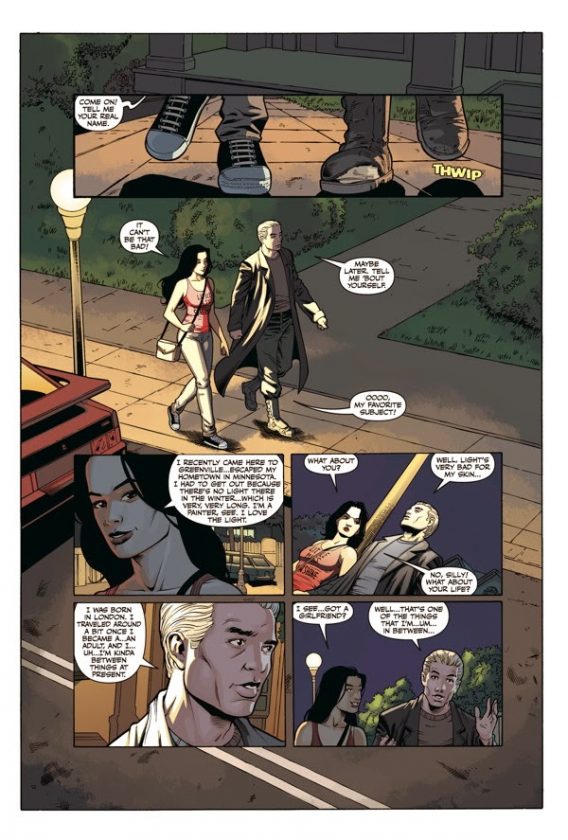 By far my favorite thing about this comic is Marsters masterful handling of the character. Having played the character, he knows what makes Spike tick and his personality. That knowledge is expertly implemented in every piece of dialogue Spike utters. He’s a compelling hero who’s trying so hard to be good which makes him all the more sympathetic when he gets into a couple of messy situations

Spike is given a love interest, Dylan, and the dialogue the two share is really enjoyable. We get to see how smooth Spike is and Dylan, while nothing too special, is a decent character. If you weren’t already charmed by Spike in Buffy, this could be a nice introduction.

The whole boots falling apart is actually a plot point and it’s kind of wrapped up in a corny bow at the end. However, it serves a purpose and does give us some nice closure at the end. Doesn’t stop me from wanting more though.

I don’t really like Andy Owens inks on Buffy the Vampire Slayer but his inks on this, combined with the efforts of penciler Derlis Santacruz are decent. Spike looks like he should. The facial expressions often add to the humor of the panel without using dialogue at times, though they are somewhat awkward. This awkwardness, usually caused by inexplicable line work, can be seen in some panels which does hurt the artwork, but it’s not terrible. 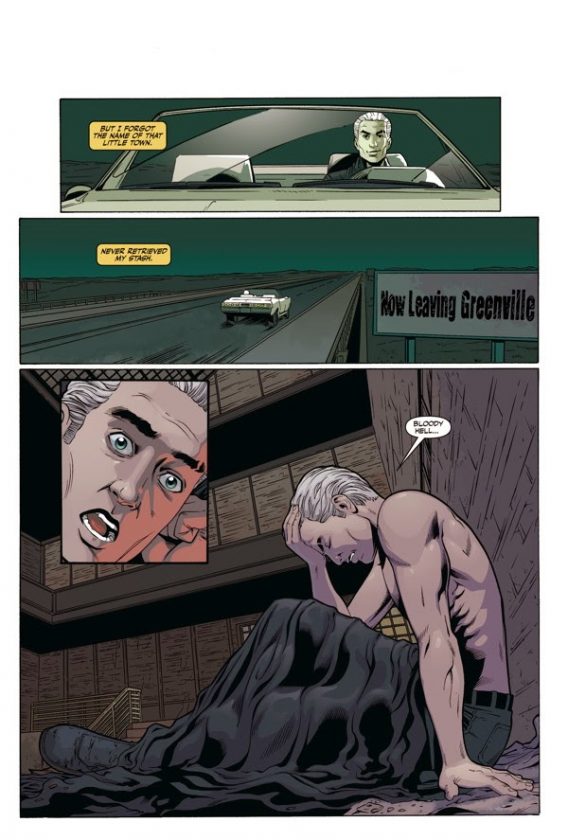 Despite being 72 pages long, this comic never drags. As a result, when this hardcover ends it leaves me craving more. This is definitely something Spike fans will enjoy. His personality is spot on and while the plot doesn’t make an impact on an overarching story, this hardcover really gets you behind Spike (if you weren’t already). It makes me want to read more about his character.

Buffy the Vampire Slayer: One of the Most Influential Shows EVER