The liveblog began with several announcements for new Marvel series, most of which will be hitting comic store shelves in October and November of 2014.

First up: Avengers NOW! is a new series that will begin in October 2014. The team will include Superior Iron-Man, female Thor and Sam Wilson (a.k.a. Falcon) as Captain America and even more characters.

Several other new series were also announced. Captain America and the Mighty Avengers will be written by Al Ewing (2000AD, Mighty Avengers). The artwork will be done by Luke Ross (Spectacular Spider-Man).

Another new series is Bucky Barnes: The Winter Soldier which will be coming out in October 2014. It will be written by Ales Kot (Secret Avengers, Iron Patriot) and Marco Rudy (Marvel Knights: Spider-Man).

Also in October, Deathlok #1 will be written by Nathan Edmonson with artwork by Mike Perkins (Original Sin). Edmonson is going to make Deathlok a leading mercenary operative who does not know he is a weapon of war. The series will also feature a Skottie Young variant with Deathlok wielding super soakers!

Then there was the announcement of the new Thor series, which will feature the new female Thor. Several other aspects of the series were also revealed. The new character who will take Thor’s place is from Asgard and she will be carrying the hammer for a while. Odin will not know who the new woman is.

The original depowered Thor will also show up in the Thor comic book with his own story and, despite losing his hammer, he will still have the ability to control the weather (the hammer apparently only helped him to channel it). Russel Dauterman will be doing the art for the story. He was found by Marvel at SDCC when he went to portfolio reviews, encouraging artists that cons can lead to work!

Another new series announced was Angela: Asgard’s Assasin. Many people are speculating whether Angela is the new Thor since it was recently revealed she is Thor’s sister. When asked if this new series means she can’t be the new Thor, it was said “Not necessarily, a character can have two books.”

This answer almost seems to hint Angela will be the new Thor, but the words “new character” are still ringing in my head. Plus, I’d like to see a new female charcter. Angela’s book will be written by Kieron Gillen (Iron Man, Young Avengers) and Margerite Bennet. Phil Jimenez (upcoming Adventure Comics artist) and Stephanie Hans (paint-style Marvel cover artist) will be doing the artwork. It will debut in November 2014.

Superior Iron Man, another new series, will be written by Tom Taylor (Earth 2, Injustice: Gods Among Us) with artwork by Yildiray Cinar (Supergirl). It caused a bit of commotion prior to SDCC when it was announced that Iron Man would be moving from New York to San Francisco, becoming a West Coast Avenger. It is supposedly coming out in November 2014.

It was also speculated that Doctor Strange in Avengers NOW! may have a book coming out. However, it is not finalized enough yet to announce. He will also have a big role in Original Sin. 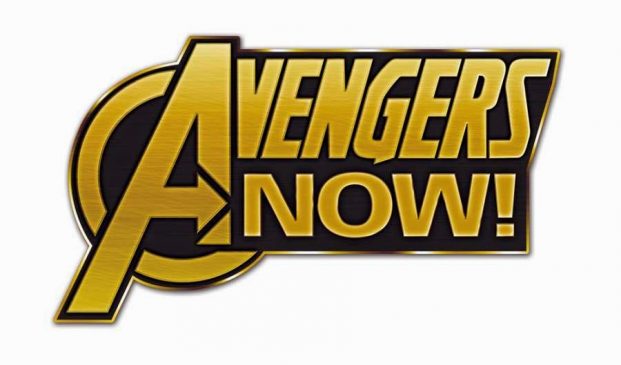 Some new Captain America news mentions that Steve will be giving his mantle to Falcon in Captain America #25 which will lead up to the Marvel AXIS event. Sam Wilson will take over for Cap and his sidekick will be Nomad.

Most of these announcements weren’t as earth-shattering as Marvel’s per-announcements of the changes of their big three. It was actually a rather brilliant move to do it right before SDCC since anything anyone could talk about going to SDCC was Marvel. I just hope we get a few more earth-shattering announcements (seriously Marvel, can you please make an ongoing Mayday Parker series already? And while you’re at it, how about an ongoing Alpha Flight series?).

That is a recap of the most important announcements from the Avengers panel. For the full panel, read the liveblog here.