With Michael Bay producing and Megan Fox portraying April O’Neil, most people thought this movie was going to suck… or they flat out refused to see it. Surprisingly, this movie isn’t terrible. It’s not very good either, but it just may not be as awful as you thought… almost but not quite.

In a city held under the iron grip of Shredder and his foot clan, the Teenage Mutant Turtles – four mutated brothers – must save the city from a deadly toxin. With the help of reporter April O’Neil and her cameraman Vernon, will they be able to stop Shred-Head in time?

Directed by Johnathan Liebesman and written by Josh Appelbaum, André Nemec, and Evan Daughtry, the story of TMNT follows a simple and pretty predictable formula. There are some plot-holes that frustrated me because of their blatancy. For instance, April was allowed to film what should have been top-secret stuff as a kid and keep files she shouldn’t have access to. Also, how does Splinter know who Shredder is? The ending also felt a bit anti-climactic. I expected more of a hint of a sequel at the end but we got that a bit earlier on. 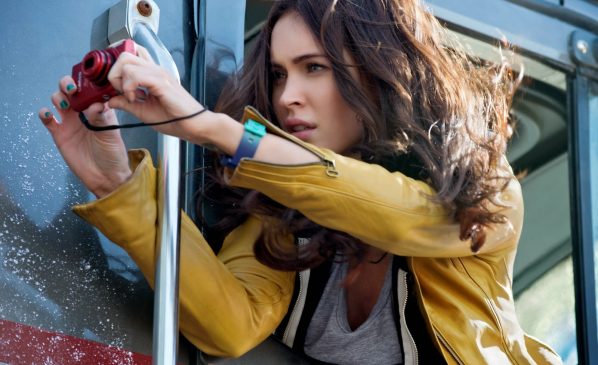 The turtles are shrouded in mystery for the first twenty minutes of our movie and instead, viewers are “treated” to following around intrepid reporter April O’Neil. I use quotes because April really isn’t what most viewers go to see in a TMNT movie. Megan Fox is hated by a lot of people so this could hurt their enjoyment of the film. Her actual acting ability in this film is frustrating because she isn’t so bad she’s good. Sometimes I see some really well acted emotions on her face but it slips by so quickly that I can’t enjoy it. Plus, almost every time she is talking she sounds like she’s whispering. She’s either trying to be sexy or has a sore throat. Will Arnett, who plays Vernon, does a really good job. He portrays the character perfectly and other than the turtles, is the only one with legitimately enjoyable dialogue. Whoopi Goldberg makes a far too brief appearance as Bernadette, April’s boss who was originally a man, Bernie, in the cartoon. 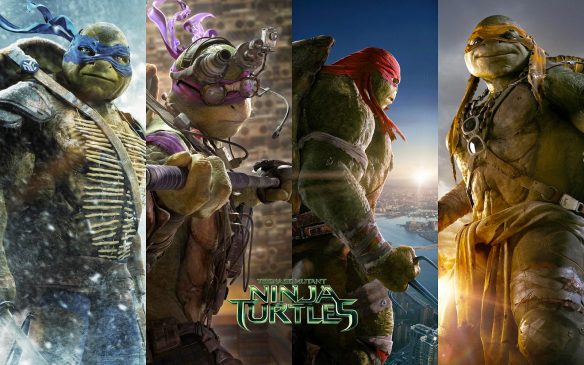 However, our four main heroes were the stars of the show, as they should be… when they showed up. They look really good and literally tower over the turtles of the former films. Each turtle’s voice actor really fit their cartoon counterparts that many fans have grown to love, especially Johnny Knoxville of Jack Ass who was portraying Leonardo. The repertoire between the turtles is great. Mickey always managed to crack a joke that offered up more giggles than grimaces. His hitting on April could actually be really funny if you weren’t weirded out by the possible pedophilia… and, of course, bestiality. It was especially funny and memorable when he serenaded her. I would have liked to see more of them. They’re introduced slowly into the film and the 1 hour and 41 minute run time goes by pretty quickly. Splinter was in the film even less and he was fine in what he was in, but that wasn’t a lot. 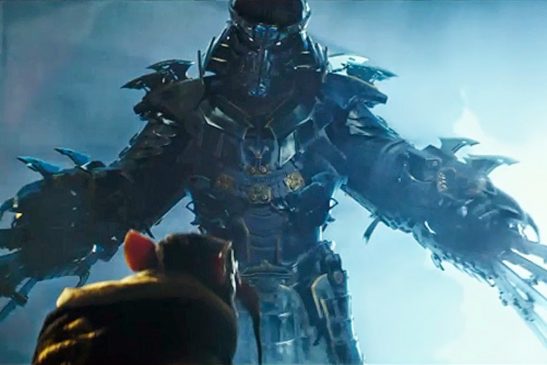 The villains are not failures but there were some major missteps. One villain could have been easily exchanged for Baxter Stockman which would have made fans happy and they’d have an excuse to add mousers to the equation instead of the gun-toting foot clan. Baxter is actually in the movie in a background shot that I missed played by K. Todd Freeman. The actual character is a transparent evil-doer whose back-story could’ve been fleshed out more and when he goes full on evil he has some cringe-worthy lines even though the actor is trying. Then there’s Karai. I was so happy to hear Shredder’s right hand woman, who’s like a daughter to him, would be in the movie. However, actress Minae Noji is given next to nothing to do. She gets beaten so easily and never has one badass moment. Shredder was at least intimidating with a pretty sweet and deadly suit of armor. However, almost right away we get to see his partly shadowed face but who he actually is was never revealed. Something for a sequel to expand upon perhaps.

Another big problem with this film is the action scenes. There are some cool moments, like a truck flipping over and some slow motion that was actually used pretty well, but overall the action usually went by so fast it was hard to keep up and enjoy what was going on when it wasn’t a one-on-one fight. The fights with Shredder were usually really good and highlighted his impressive abilities, but the foot clan were reduced to gun-wielding pushovers who had to use dart guns and electricity to subdue the turtles versus ninja skills.

The music was decent but there was a constant beat that got repetitive after a while. It was almost required that they include the original TMNT theme song but it went by so quickly I actually forgot they played it.

Then there’s the rating of this movie. I saw plenty of kids in the theater when I went to see it, but this film is rated PG-13 and it really doesn’t have to be. There are some curse words (“numb nuts” in particular was very jarring in particular) and, of course, a butt shot of our heroine that we’re meant to ogle.

As a huge fan of the TMNT cartoons, I can say that I enjoy them a lot more than this movie. I seem to remember liking the older movies more as well even though my memories of them are foggy at best. Still, this movie wasn’t as horrible as it could have been but I wouldn’t call it “good.” It was corny but there is some good acting, dialogue and action buried in it and I’m actually interested in seeing a hopefully improved upon sequel, which has already been greenlit.