A slow build-up leads to a sub-par pay-off in this debut issue. Fight Like a Girl does a lot of things right but feels very paint by numbers at time.

By fighting through nine trials put down by nine gods, a champion can make any wish they want on the wishing well and their wish will come true. Amarosa, a young girl, is fighting to cure her sickly brother. He will die if she fails the trials – and so will Amarosa!

Writer David Pinckney took up a lot of time this issue revealing the plot, specifically Amarosa’s reasons for fighting and whether or not she can fight. These revelations dragged on for half the issue. Vague language is purposely used in the first couple of pages when the gods are discussing whether or not to allow Amarosa to fight. This entire part is pointless, serving only to introduce us to the nine gods on the panel who don’t seem to be playing that much of a role in the story right now. Obviously Amarosa will be fighting or she wouldn’t get a comic book and we’re told right away what she’s fighting for right after the god’s discussion. So their discussion could have either been cut completely or just cut down. It is a good introduction to a bunch of characters, but until they start playing a major role it feels more like a waste of space that takes time away from getting to know our heroine Amarosa. 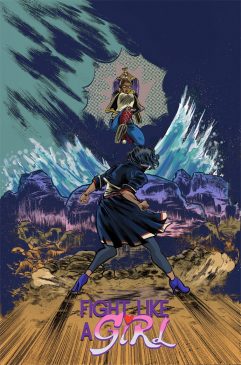 Amarosa is a great lead and is a refreshing change of pace – a black female protagonist trying to save her brother rather than the usual white male hero trying to save a damsel in distress. She has some dialogue that could be wittier but her character design and weaponry are fun and her motivation for fighting makes for some compelling drama. I’m hoping in between future fights in the trials we’ll see flashbacks between Amarosa, her brother and her seemingly love-interest Kaiden.

The nine trials are treated like a deadly reality show and the first trial involves dinosaurs. It is reminiscent of the nine circles of hell in Dante’s Divine Comedy and the prospects of bigger and badder trials makes the story have some real tension. It’s also interesting how they make it seem like a game show and have a fairy-like creature acting as an announcer which allows Amarosa to exchange some banter with. Sometimes, however, the dialogue feels stiff and there are even some minor spelling errors.

The artist for Fight Like a Girl is Soo Lee and it leaves a lot to be desired. The backgrounds are whiplash inducing, going from a black-and-white coliseum to a pure sky blue background and an orange backdrop. This really takes you out of the moment. After a while you do get used to it and the backgrounds become bearable.

The characters are varied and some of the gods, like Loki, were even recognizable before their names were shared. Lee did a good job putting her own spin on these classic characters while still keeping them recognizable. Plus, as I said before, I really like Amatosa’s design, though it sometimes feels odd when her streetwise clothes (because, of course, no character would want to wear even a shred of armor when they are about to go through eight deadly trials) are juxtaposed with the gods’ on the board. 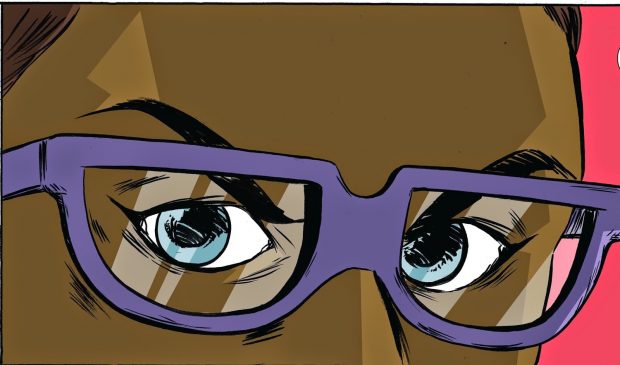 Despite the missteps this series shows a lot of promise. This teenage fantasy title has a likeable heroine and a simple but compelling story and I want to see where Pinckney and Lee are going with it. The first issue will be released in November 2014.

Princeless #3 Review: A Powerful Portrayal of Women in Comics (with some laughs!)