OTOY’s first commercial rendering and holographic streaming technology will be of the Batcave from the acclaimed cartoon TV series Batman: The Animated Series. Yes, you will be able to explore the Batcave via virtual reality!

Warner Bros. were very excited to be working with OTOY and the feeling appears to be mutual. Jules Urbach, the founder and CEO of OTOY, commented that “Warner Bros. has always been at the forefront of technology and entertainment, exemplified again today in its partnership with OTOY in bringing this Batman: The Animated Series experience to new audiences through holographic video… We’re thrilled to be part of this project. Our work with Warner Bros. validates the tremendous potential of VR as a new cinematic medium.” 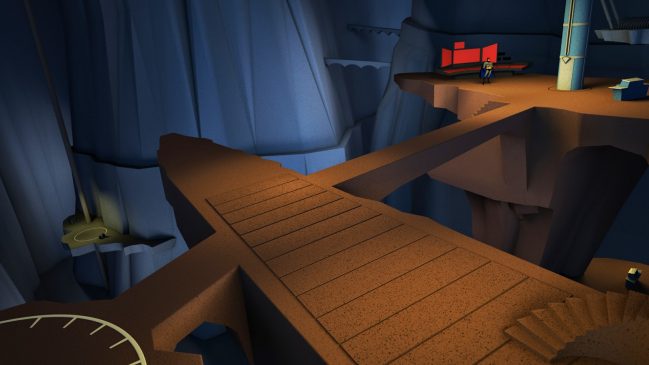 Fans will be able to experience the Batcave using either Samsung GALAXY Gear VR, the Oculus Rift, or the ‘glasses-free’ light field displays that will be coming out soon. The virtual reality is scheduled to be completed this winter via the ORBX viewer app.

I don’t know about you guys, but this may be what makes me break down and buy the Oculus Rift.