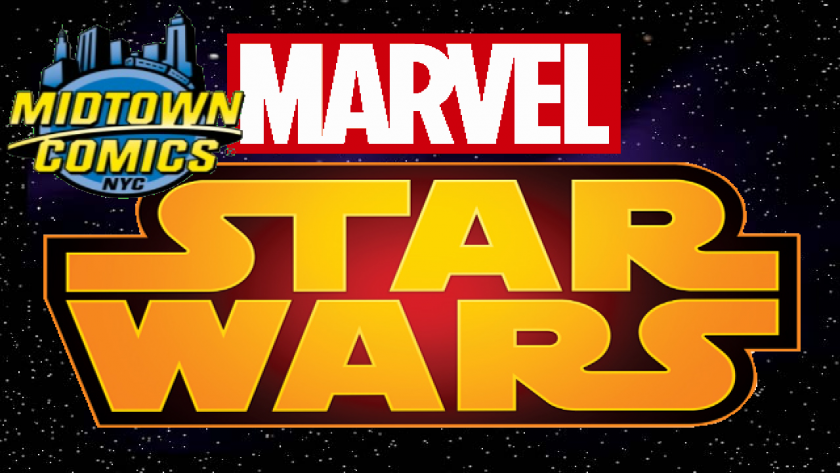 The greatest space adventure of all time returns to Marvel this year with Star Wars #1, and Midtown Comics is excited to announce an exclusive signing with superstar creative team Jason Aaron and John Cassaday! 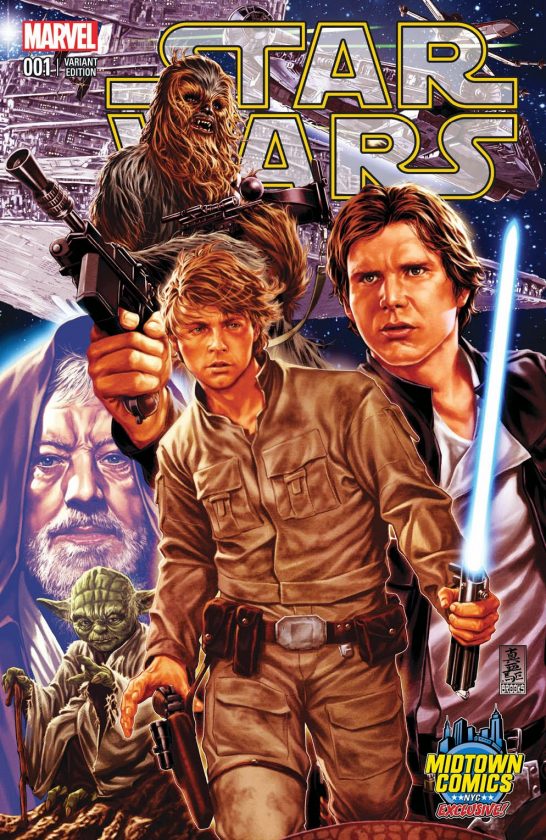 Star Wars #1 will be released on Wednesday, January 14th, 2015 and the signing is set for Friday, January 16th from 6:00PM to 8:00PM at Midtown Comics Downtown. You can find more information on the signing here!

Beginning where Episode IV left off, Luke Skywalker and the ragtag band of rebels fighting against the Galactic Empire are fresh off their biggest victory yet-the destruction of the massive battle station known as the Death Star. But the Empire’s not toppled yet! Join Luke along with Princess Leia, smugglers Han Solo and Chewbacca, droids C-3PO and R2-D2, and the rest of the Rebel Alliance as they strike out for freedom against the evil forces of Darth Vader and his master, the Emperor. This is the Star Wars saga as only Marvel Comics could make it!

In honor of Star Wars returning to Marvel, Midtown Comics has also commissioned a set of exclusive vertical connecting covers by Mark Brooks for Star Wars #1, Darth Vader #1, and Princess Leia #1, available in both color and black & white. You can preorder these exclusive variants here!

Let us know in the comments what you think of this Marvel & Midtown Comics signing for Star Wars #1 and don’t forget to follow us on Twitter for the latest Previews, Reviews, News and Interviews!
All images are courtesy of Marvel Entertainment & Midtown Comics