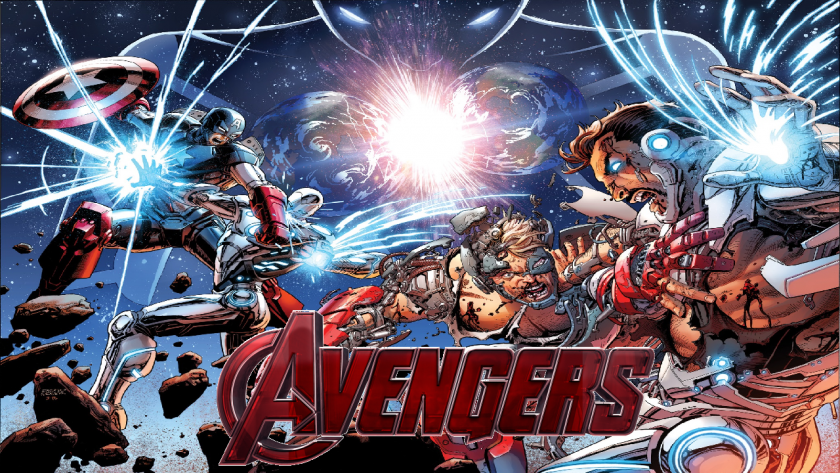 This April, the Avengers and the Illuminati face down their final hours. The clock is winding down and the final incursion is upon us. Marvel has shared with Comic Frontline a first look at fan-favorite artist Dustin Weaver’s interlocking covers to AVENGERS #44 and NEW AVENGERS #33 – the cataclysmic final issues! And a peek at what’s to come in May 2015! 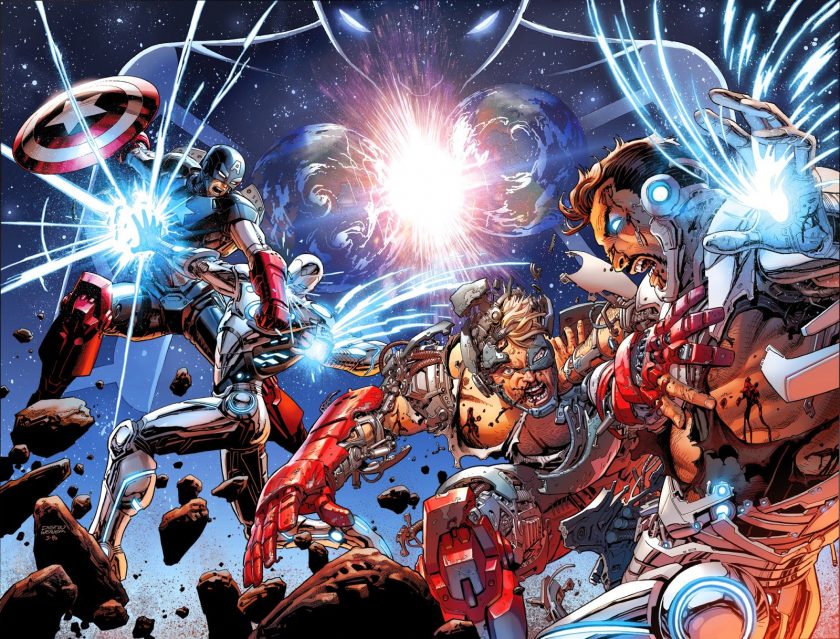 Superstar writer Jonathan Hickman along with blockbuster artists Mike Deodato and Kev Walker bring to a close the epic saga of the Avengers, the Illuminati, and a Marvel Universe on the brink of extinction. The Incursions from parallel Earths from other dimensions have taken their toll on our heroes, and the battle worn Avengers stand ready to face utter decimation.

Before the highly-anticipated SECRET WARS begins in May, close out Jonathan Hickman’s epic Avengers and New Avengers saga with these two, oversized final issues! What changes await Earth’s Mightiest Heroes? Be there when TIME RUNS OUT this April in AVENGERS #44 and NEW AVENGERS #33!

Then today Marvel followed up on that Avengers news with one of their signature teaser press releases. The press release consisted simply of a cover and the title “All-New, All-Different AVENGERS.” Nothing further has been released yet but Marvel usually follows these types of teasers with more teasers and information within a few days. So stay tuned to Comic Frontline for the latest news on the ALL-NEW, ALL DIFFERENT AVENGERS!