By: Jess At Fictional Planet

So Ant-Man is kind of a big deal now. I’m not trying to imply he wasn’t a big deal before (let’s be serious, it seems like everyone had a hard time taking him seriously), but now the little man was thrust into the spotlight. Honestly, I have to admit, I understand why Ant-Man is a big deal.  I absolutely understand – he and Wasp are founding members of the Avengers (which will be gracing your screen with Avengers: Age of Ultron – thank you, Ant-Man.  Thank you).  However, I refuse to believe a character made in the ’60s who helped create the Avengers didn’t have something stacked against him as to why he wasn’t more famous.  For a long time, I was a part of the mainstream audience – and for a long time, I had never heard of Ant-Man (even now, I am still wrapping my head around this guy…).

And that said, I was not surprised to find, upon further research, one of his creators puzzled himself as to why Ant-Man never took off.  Realistically, the concept of Ant-Man could’ve hit off a long time ago – he’s the underdog.  People love to root for the underdog – the smallest person, the person with the odds stacked against them, the person with the significant challenge he or she may not overcome.  Regardless of whatever happened with his slap of Janet (apparently that was a goof, so I’ve heard), I was not surprised to come across Stan Lee wondering if Ant-Man failed because of the way artist’s were drawing him; they weren’t putting his size in perspective.  So my question to you is:  Do you agree?  Do you not agree?  What is the deal, here?  What is Ant-Man’s big hurdle?

Probably what’s a bit more interesting to me though is complex and hard to sum up, so just read it.

You know, I wondered for a while how I could relate Ant-Man to you or society.  I wasn’t actually sure, because he is tiny and we are normal sized people not currently controlling ants.  Maybe it’s not Ant-Man I’m going to talk about here, but actually Hank Pym (who spawned Ant-Man, so it still counts). 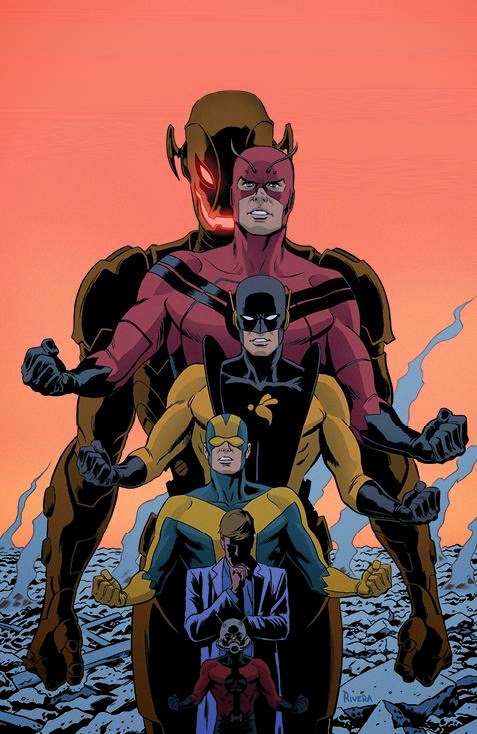 Do you know why I find that interesting?

All too often we focus on only the character and their alter ego.  Hank Pym is all of those roles.  I always find something to relate to in the real world with these posts, and I finally found one after being stumped for a while.

You are Jane Smith.  You are John Jones (possibly otherwise known as J.J.).  But you know what else you are?  You are more than one role.  You are a person.  You are a mother/father.  You are a son/daughter.  You are an employee and a family member. You are a comic book fan/movie fan.  You are an owner (pets. certainly not people, that would be illegal).  We are all a little bit of Hank Pym and Ant-Man. And now Ant-Man is here for real, with Scott Lang at the helm.  I found that interesting too about Ant-Man, Ant-Man isn’t one person like a lot of other superheroes.  Ant-Man is a mantle.  Yes, you’re going to be tiny, and god damn it, you will be proud of it.  The same idea of multiple roles can be applied to the mantle of Ant-Man itself (multiple people).  And now, the little man – or men – are thrust into the very big spotlight.

Do you find anything relatable about Hank Pym/Ant-Man?  Do you think his movie will take on a more human or mystical role?  If either, why?

If you want a character analyzed, comment below or send out a Tweet!  I prefer to pick fan suggestions.  If there’s a character you think is underrated, overrated, want to know the history of, want to know how it relates to you/society, etc., let me know and I will do my best.

Let us know in the comments what you think of this Frontline Spotlight: Ant-Man article  and don’t forget to follow us on Twitter for the latest Previews, Reviews, News and Interviews!
All images are courtesy of Marvel Entertainment