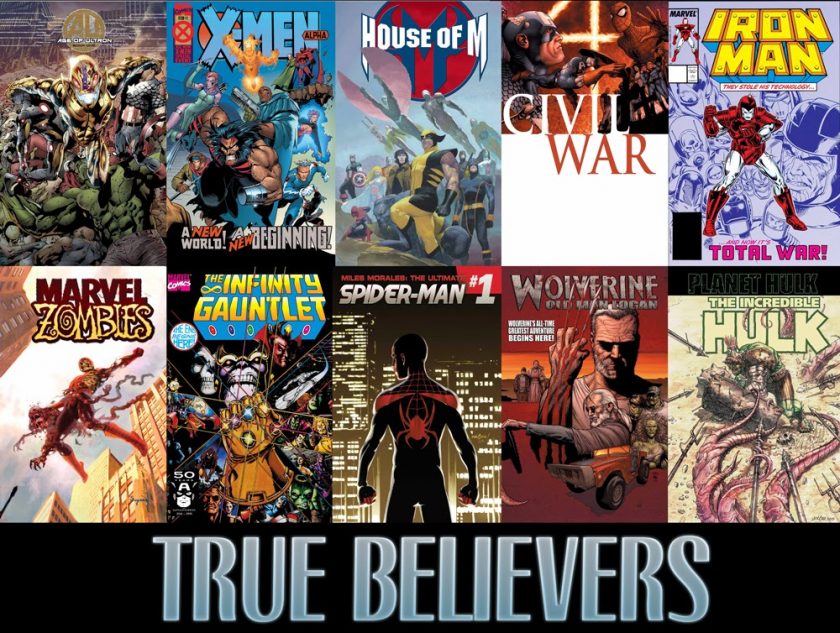 Enter the Marvel Universe For $1 This April – Introducing TRUE BELIEVERS!

What can you get for a dollar? How about the Marvel Universe? Marvel has shared with Comic Frontline; TRUE BELIEVERS – a new line of comics debuting exclusively in comic shops this April. Printing the first chapter of popular series for the suggested retail price of $1 – TRUE BELIEVERS is the perfect way for readers interested in trying out some of Marvel’s most popular titles in history without breaking the bank.

Just in time for 2015’s Secret Wars, catch up on some of the most celebrated stories in Marvel history before their appearance in the biggest comic event of 2015! Enter the world of Civil War, Age of Apocalypse, Old Man Logan, Planet Hulk, the critically-acclaimed ICON series Powers and many more with the first chapters of these top-selling collections – each for the suggested retail price of $1!

“These are some of the most popular stories in recent memory. We’re proud to bring them to fans in a new format that will allow them to sample some of Marvel’s best and brightest gems. Each of these issues are the perfect place to start for fans curious about Miles Morales, the Age of Apocalypse, Civil War and everything in between.”

Your window into the biggest stories in Marvel history costs a buck! Don’t miss these exciting TRUE BELEIVERS issues, on sale throughout the month of April in comic shops!

What I find interesting is that a lot of these titles (excluding Powers #1) were mentioned in the Secret Wars Summer 2015 promotional blitz from back in late October/early November but the covers were different. I also would have you to take note to the solicitations, Marvel is known to tease fans by getting them to speculate and if you note the solicitations some say they are reprinting an issue while some say material from an issue. I think this could mean something.