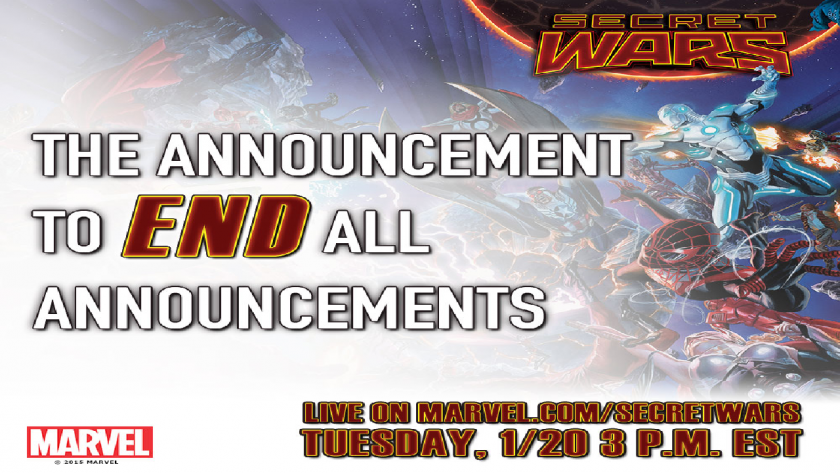 This May, time has run out and Secret Wars, the landmark 8-issue event, is ready to shake the very foundations of the Marvel Universe as you know it. But first, on Tuesday, January 20th 2015 at 3 p.m. Eastern, we’re hosting the ground breaking SECRET WARS LIVE KICKOFF!

Streaming live from New York City’s own Midtown Comics next week, fans can head to Marvel Secret Wars to get their very first Secret Wars info straight from Marvel’s Editor-in-Chief Axel Alonso and SVP, Executive Editor Tom Brevoort! Prepare for the coming of a new Battleworld and learn the first details of the strange, patchwork realm playing host to countless separate realities!

The road to the biggest comic event of the year has begun, and you will not want to miss the first Earth shattering revelations that will have everyone talking! What will happen when Time Runs Out? What secrets does Battleworld hold? Tune in on 1/20 for the answers to those questions and more.

A unique collaboration with Midtown Comics, the SECRET WARS LIVE KICKOFF can be viewed on Marvel Secret Wars at 3 p.m. EST on Tuesday, 1/20/2015. For more details, keep your eyes peeled to Marvel and join in the conversation on social media using the hashtag #SecretWars. 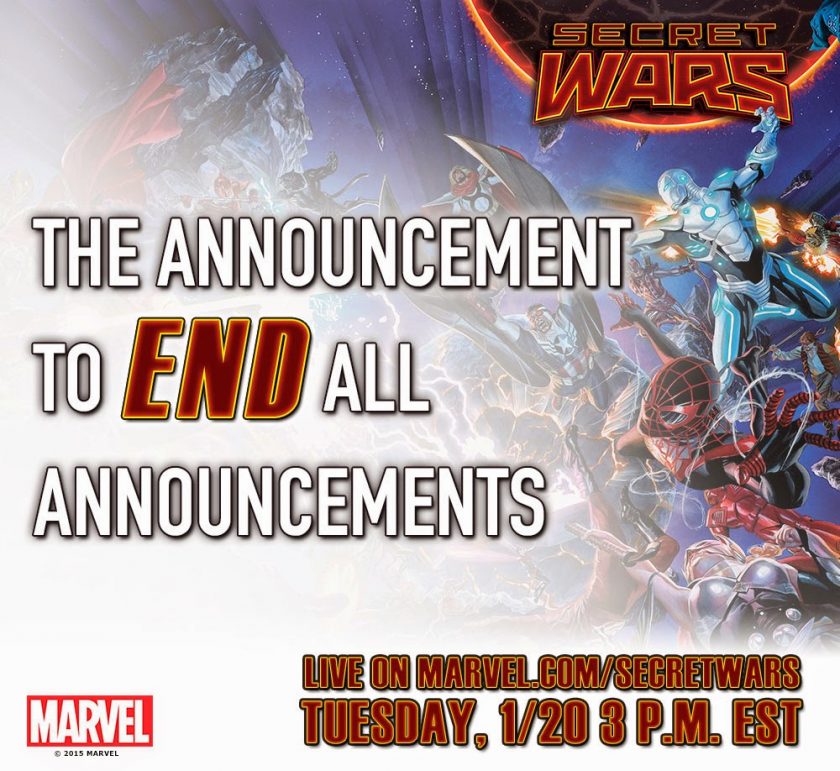