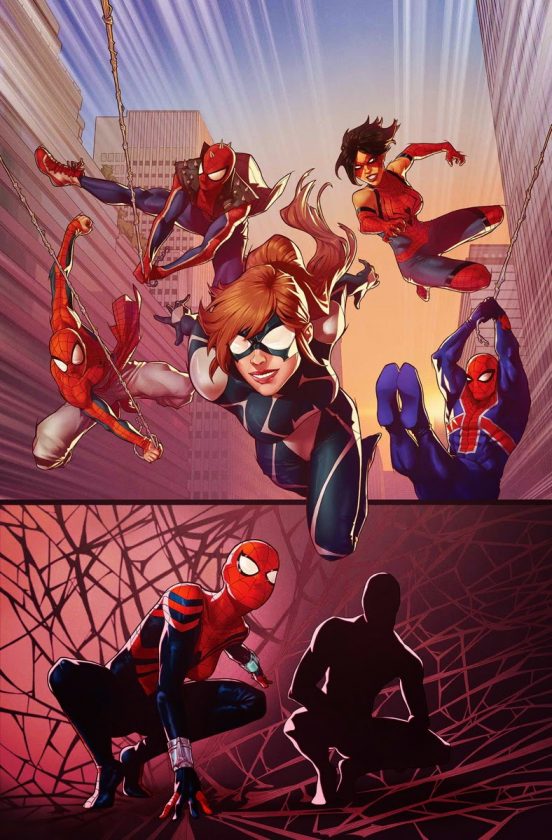 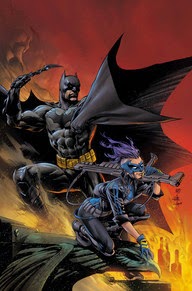 Batman Eternal #42
Batman Eternal is the best title out of the three weekly series, but sadly it’s inconsistent. Let’s hope the ending chapters can surprise me. I am excited for the introduction of Bluebird. (Exclusive to Comic Uno Episode 82) 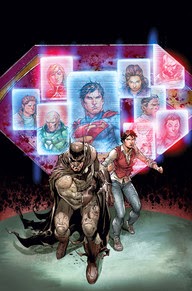 Batman/Superman #18
I haven’t read Batman/Superman in a while, but I’ve heard from the Frontline crew that the series has improved tremendously. I am going to give this issue a shot. 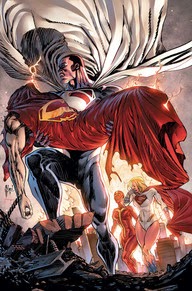 Earth 2 World’s End
I have been very disappointed with Earth 2 recently. World’s End has been my worst pick of the week for the last couple of weeks now. Can this series improve on time?  (Exclusive to Comic Uno Episode 82) 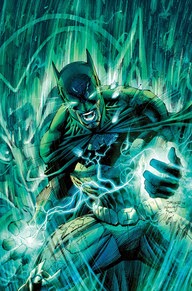 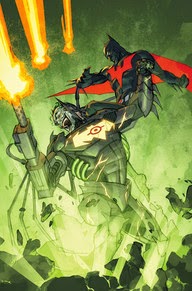 Futures End #38
Futures End is another weekly series that has been seriously lacking. Something needs to change with this series. (Exclusive to Comic Uno Episode 82) 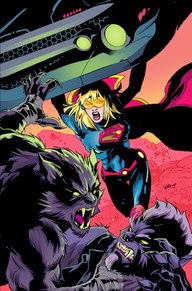 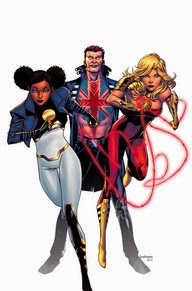 Teen Titans #6
The New 52 Teen Titans aren’t my Teen Titans, but at least with this new title I somewhat recognize some of my favorite characters. I am also excited to learn more about the new Power Girl. 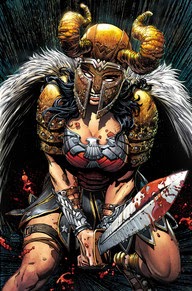 Wonder Woman #38
I am not a huge Wonder Woman fan. So I don’t know how long this will last on my pull list, but I am interested in seeing what Meredith Finch does with the return of Donna Troy. 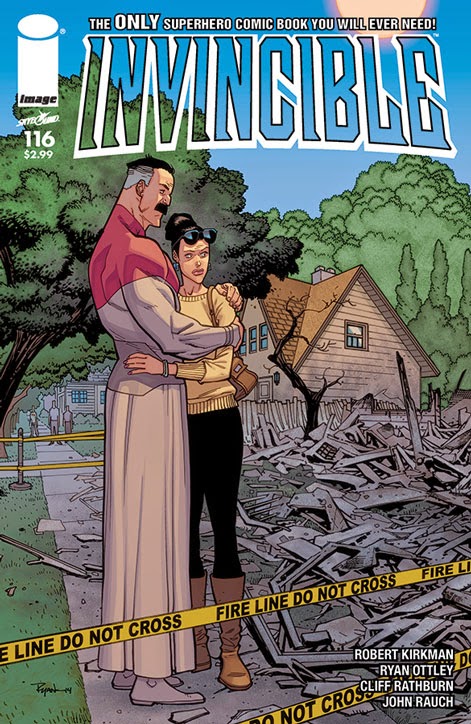 Invincible #116
This is one of my favorite indie titles and I look forward to reading it every month. I can’t wait to see Mark’s journey as a hero continue, especially now that he is a father. (Exclusive to Comic Uno Episode 82) 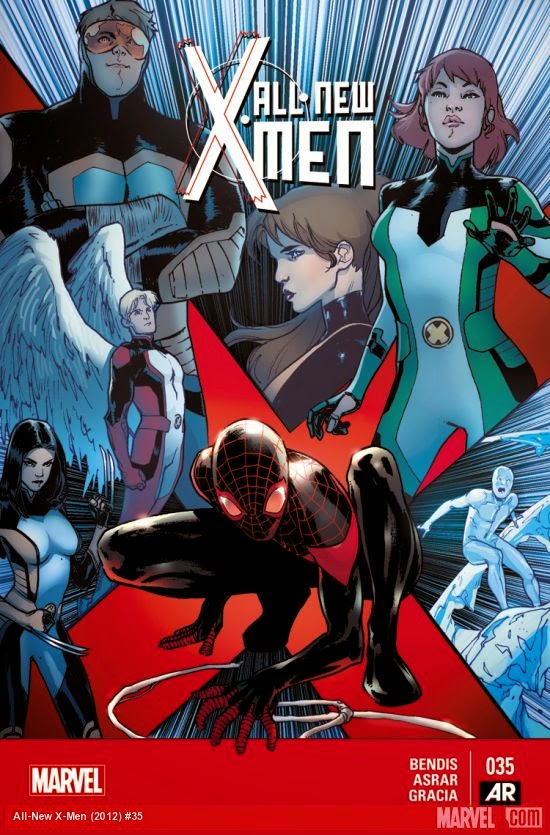 All New X-men #35
I’ve been a little disappointed with this Ultimate Universe story arc. Bendis writes both Miles Morales and all of the main X-titles you would think more would be happening. I hope it is all building up to something bigger. (Exclusive to Comic Uno Episode 82) 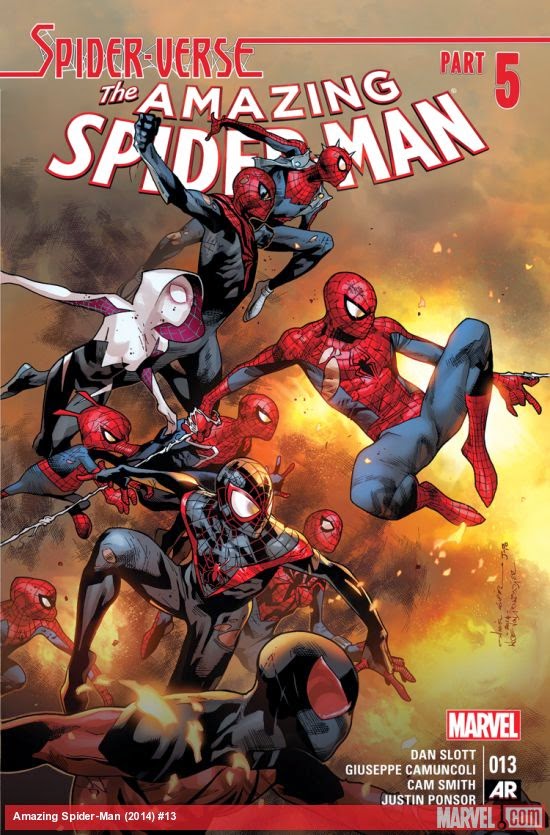 The Amazing Spider-Man #13
Only a few more issues until the end of Spider-Verse. Will the story arc end in a bang? 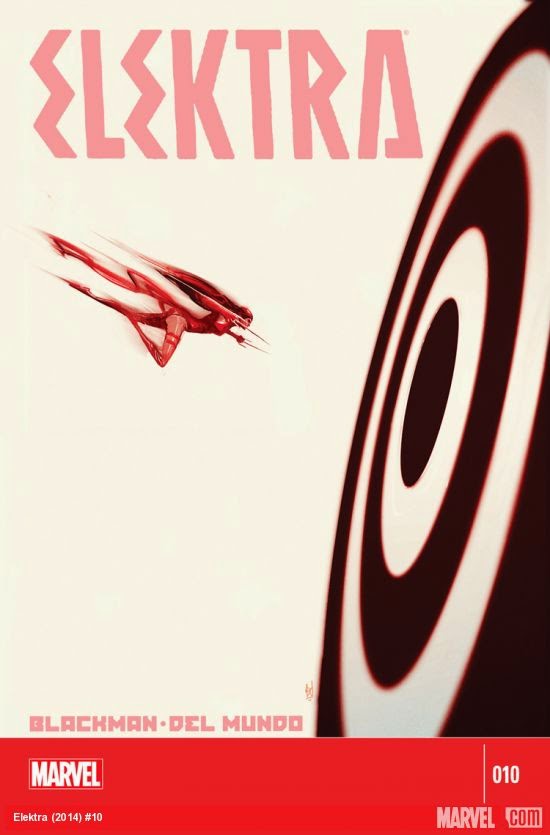 Elektra #10
Elektra is a wonderful under the radar series. The artwork is beautiful and Elektra’s inner monologue really helps you understand her character. Now she will be going face to face with the person who killed her, Bullseye. (Exclusive to Comic Uno Episode 82) 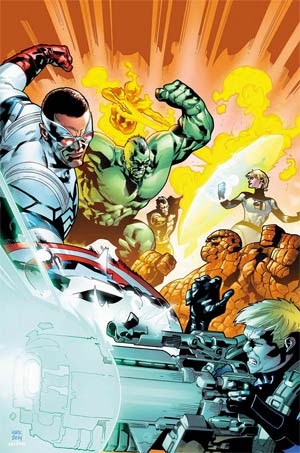 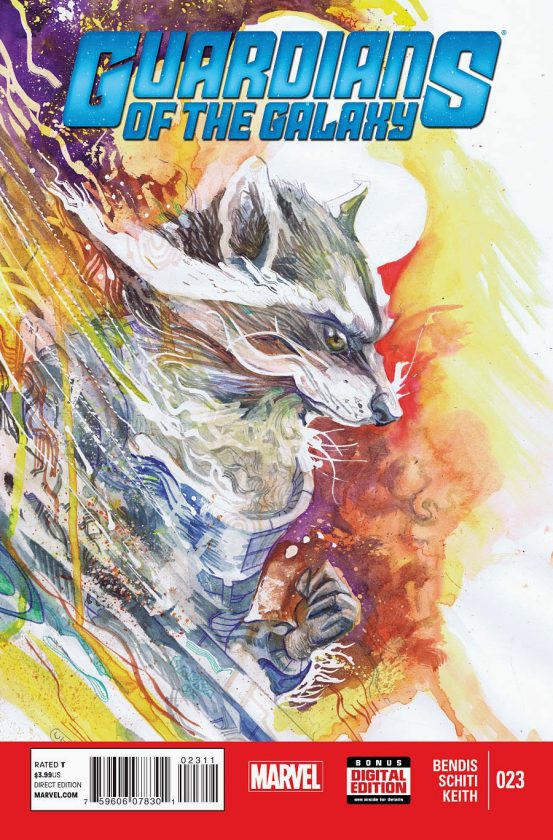 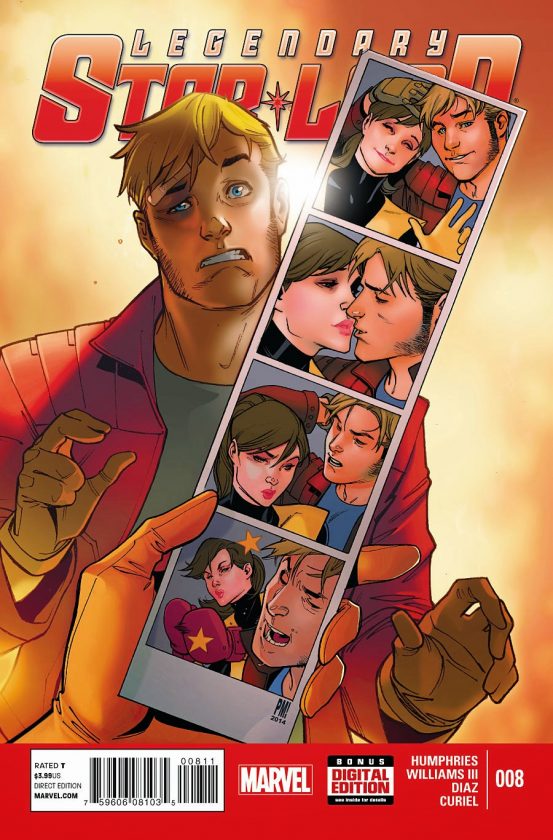 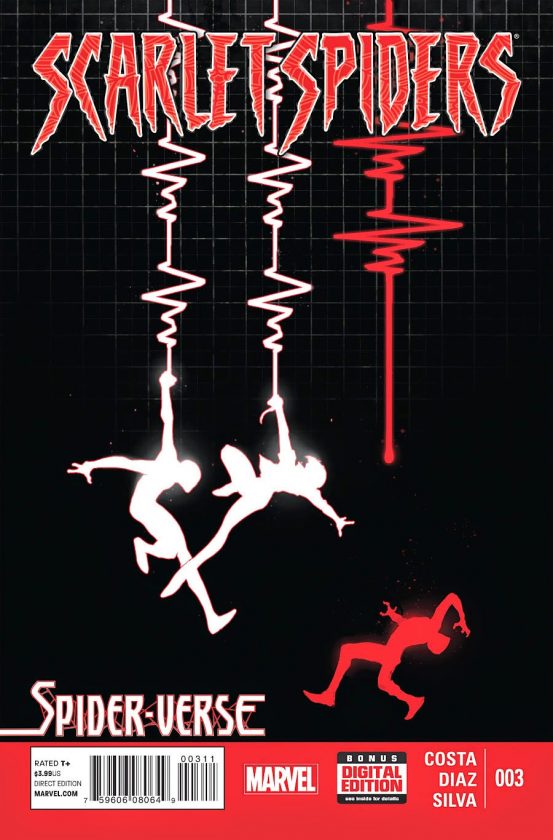 Scarlet Spdiers #3
I had a lot of hype for this series when it was first announced, and now that it’s here I am a little disappointed. (Exclusive to Comic Uno Episode 82)

Spider-Verse Team Up #3
This is my most anticipated book not just for the week, but probably for the whole month. Tom Defalco and Ron Frenz returns to tell Mayday’s story right. She finally meets her Uncle Ben, but her reaction isn’t what you would think. Will Uncle Ben be able to convince May to use her anger in the right way? I can’t wait to read this book!! Please pick up this issue and support Mayday! 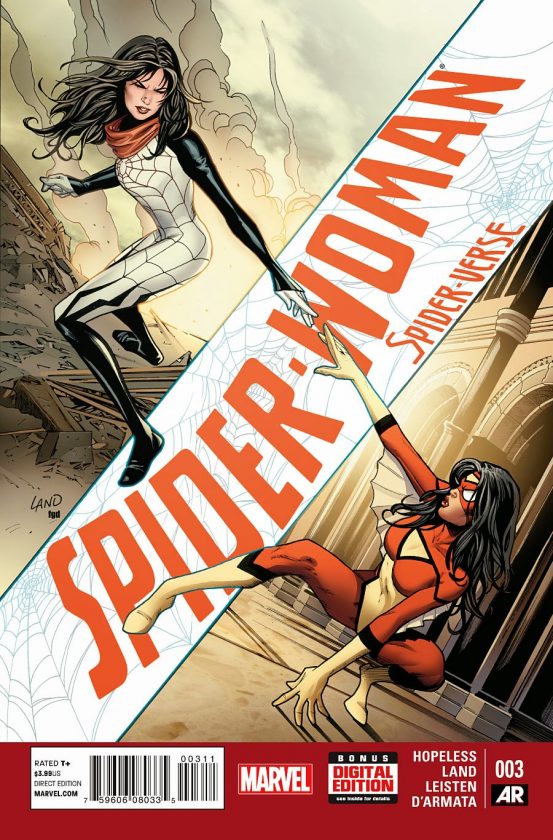 Spider Woman #3
I wasn’t totally impressed with the first issue of Spider Woman, but with issue 2 it seems that the series is going in the right direction. And the last issue of The Amazing Spider-Man proves that this series will be important for the rest of the Spider Verse story arc. (Exclusive to Comic Uno Episode 82) 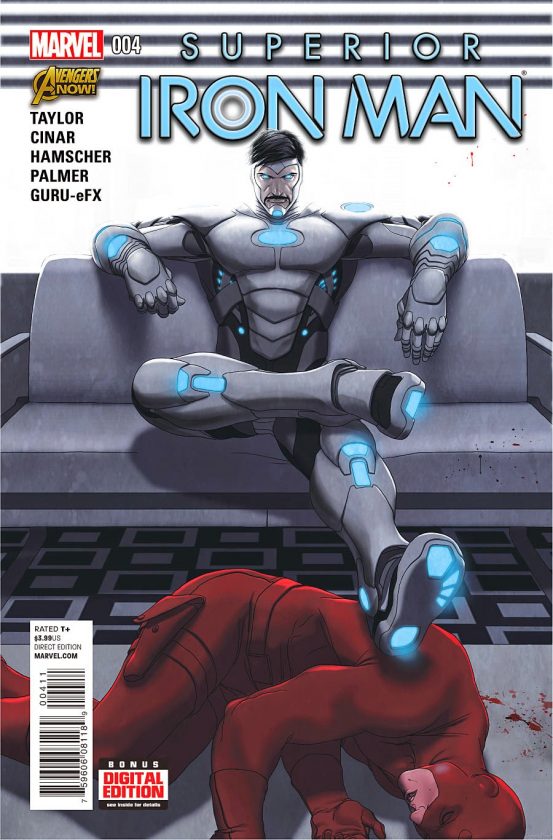 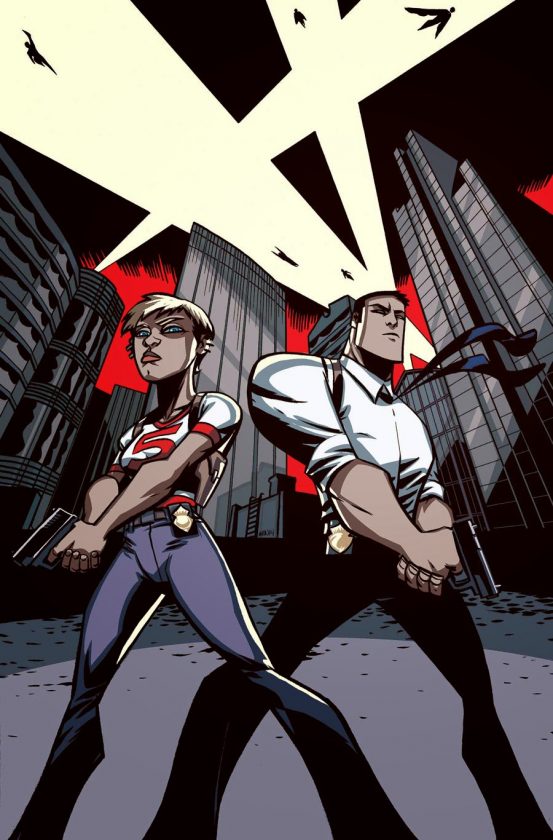 Powers #1
I’ve never read Powers before, but I thought this would be a good jumping on point. This year at NYCC I saw the Powers TV Show panel and the premise intrigued me. I hope the comic interests me also.