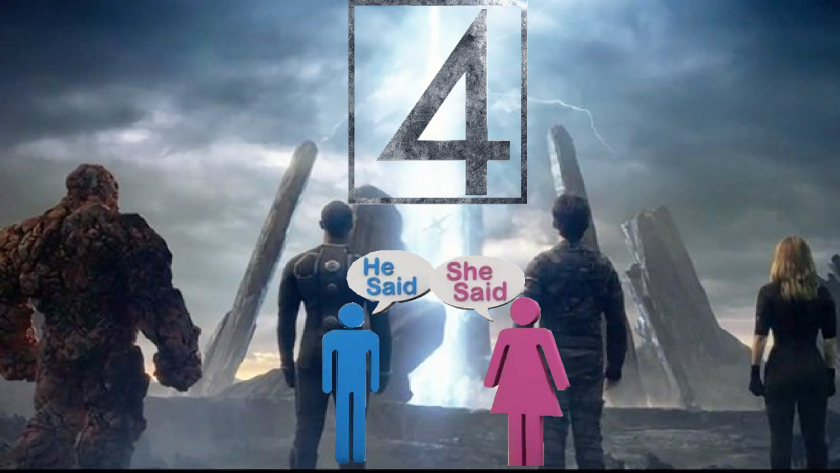 Sometimes a topic comes up when just one opinion is not enough. Sometimes you want to hear the opinions of both sexes. This is the series where members of Comic Frontline will each give their opinions on a current news topic. Sometimes they will agree and other times they will disagree. After you have heard both sides we want to know your opinions. In this edition of He Said, She Said Brant Fowler from Where’s My Tail? and Kat from Comic Uno sound off on the first Fantastic Four Trailer. Also check out the trailer and the Director’s Commentary.

Let us know in the comments here and on Comic Frontline and Comic Uno what you think of this He Said, She Said: Fantastic Four Trailer review and don’t forget to follow us on Twitter for the latest Previews, Reviews, News and Interviews!

Keep up the great work, Kat! Peep this, folks! https://t.co/A7n1lEEXAS

For the Monday crowd! https://t.co/0SFNx74GZb

First 48 Hours will have 2 MAJOR discounts!

Follow the pre-launch page here so you don't miss out: https://t.co/0SiuSK7RfW

#Elvira Gets a Quarantine Special With #Kickstarter. Check out my interview with @DAvallone about the title on @ComicFrontline!