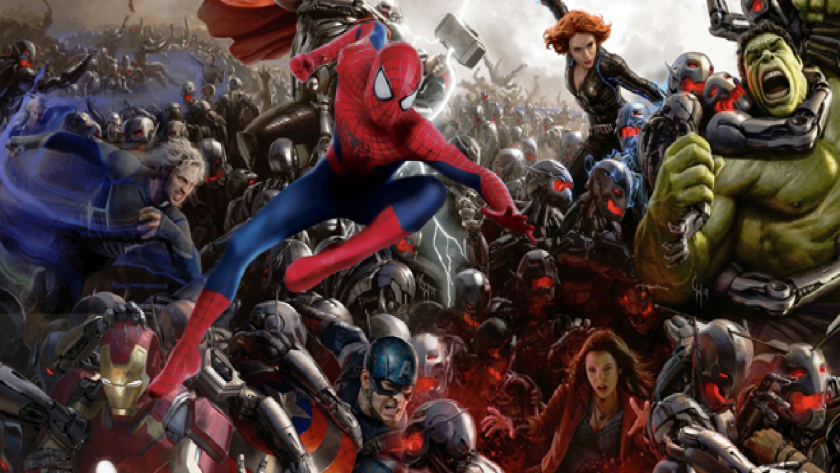 That Sony Is Bringing Marvel Into The Amazing World Of
Spider-Man.
One of the most asked questions on Frontline LIVE is: “Will
Marvel ever get to use Spider-Man in their Cinematic Universe?” Now we have an
answer that will send Spidey-Fans senses into overdrive, Marvel and Sony Pictures have
come to a deal that will have Spider-Man swinging over to the Marvel Cinematic
Universe. 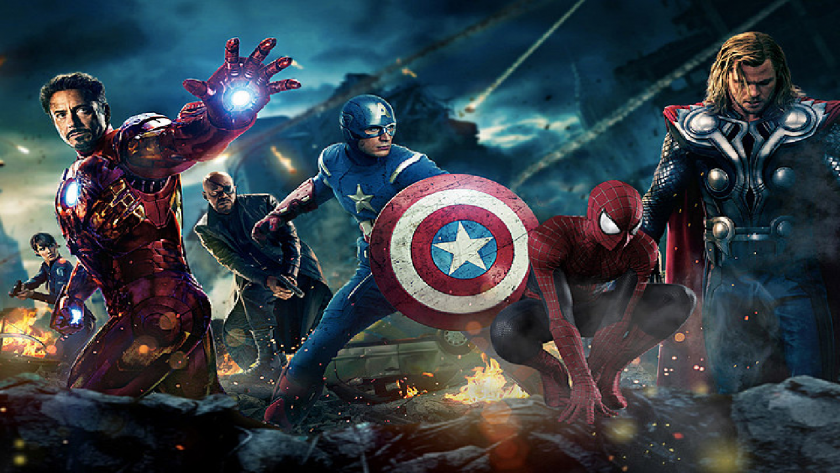 There have been rumors since the Sony Pictures hack that Marvel and
Sony Pictures have been in talks about bringing Spider-Man to the Marvel Cinematic
Universe. Late last night Marvel confirmed this rumor and announced that they
have indeed come to a deal. Under this deal, the new Spider-Man will debut in a
Marvel movie set in the MCU, which will most likely be in Captain America:
Civil War. Sony Pictures will then release the next Spider-Man movie on July 28, 2017 the date
Marvel had slotted for Thor: Ragnarok. Marvel has shifted four of their movies
to accommodate the newest addition to the MCU. Check below for the new Marvel
Cinematic Universe Slate. The new Spider-Man film will be co-produced by Kevin
Feige and his team at Marvel along with Amy Pascal, who oversaw the franchise
launch for the studio 13 years ago. This collaboration will swing Spider-Man in
a new creative direction while Sony Pictures will continue to finance,
distribute, own and have the final word on creative control of the Spider-Man
franchise. Marvel and Sony Pictures are also exploring opportunities to
integrate characters from the MCU into future Spider-Man films.

Spider-Man, embraced all over the world, is the most
successful franchise in the history of Sony Pictures, with the five films
having taken in more than $4 billion worldwide. Both studios are excited about
this deal.

“Spider-Man is one of Marvel’s great characters,
beloved around the world. We’re thrilled to work with Sony Pictures to bring
the iconic web-slinger into the Marvel Cinematic Universe, which opens up
fantastic new opportunities for storytelling and franchise building.”

“We always want to collaborate with the best and most
successful filmmakers to grow our franchises and develop our characters.
Marvel, Kevin Feige and Amy, who helped orchestrate this deal, are the perfect
team to help produce the next chapter of Spider-Man. This is the right decision
for the franchise, for our business, for Marvel, and for the fans.”

“Sony Pictures and Marvel Studios share a love for the
characters in the Spider-Man universe and have a long, successful history of
working together. This new level of collaboration is the perfect way to take
Peter Parker’s story into the future.”

“I am thrilled to team with my friends at Sony Pictures
along with Amy Pascal to produce the next Spider-Man movie. Amy has been deeply
involved in the realization on film of one of the world’s most beloved characters.
Marvel’s involvement will hopefully deliver the creative continuity and
authenticity that fans demand from the MCU. I am equally excited for the
opportunity to have Spider-Man appear in the MCU, something which both we at
Marvel, and fans alike, have been looking forward to for years.”

– Kevin Feige, Marvel Studios President
Marvel has five movies on their slate between now and the July 28, 2017 release of
Spider-Man. Avengers: Age of Ultron and Ant-Man are already finished filming
and are set to hit theaters this year. That leaves Captain America:
Civil War, Doctor Strange, and Guardians of The Galaxy 2 being the three movies
that Spidey could make his debut in the MCU. Out of these three the most likely
would be the Captain America sequel, Civil War since Spider-Man played such a
crucial role in the Civil War story in the comics, plus I don’t see Spider-Man
fitting into either Doctor Strange or Guardians of The Galaxy 2. 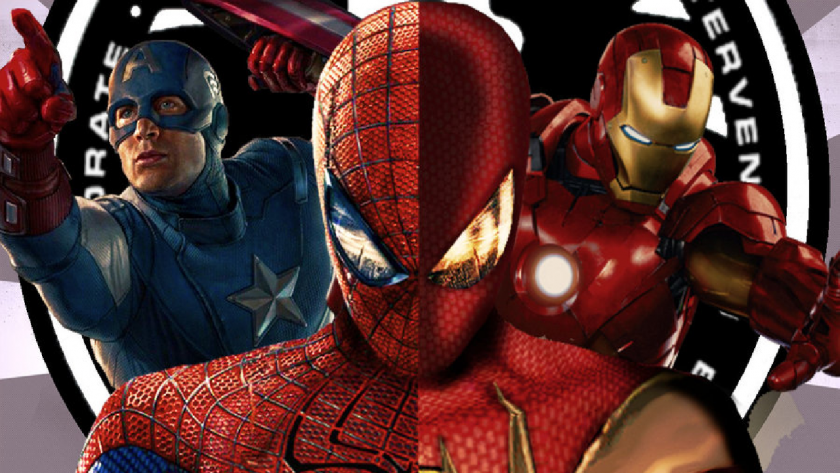 With filming is set to start in April for the 3rd
Captain America
installment, Sony and Marvel would have to cast the role for Spider-Man very
fast to make that production date, if they haven’t already cast the role that
is. Given the urgency to cast the role and have him ready to start filming on
such a short timetable Marvel could spring a huge Avengers: Age of Ultron
post-credit scene by including the very first introduction of Spider-Man in
this since it isn’t too late to do a quick post-credit scene with the
webcrawler. Another option could be including the post-credit scene in the
Ant-Man movie since that is Marvel’s next tech/science movie perhaps we could
get a scene with Peter Parker getting bit by a certain radioactive spider? 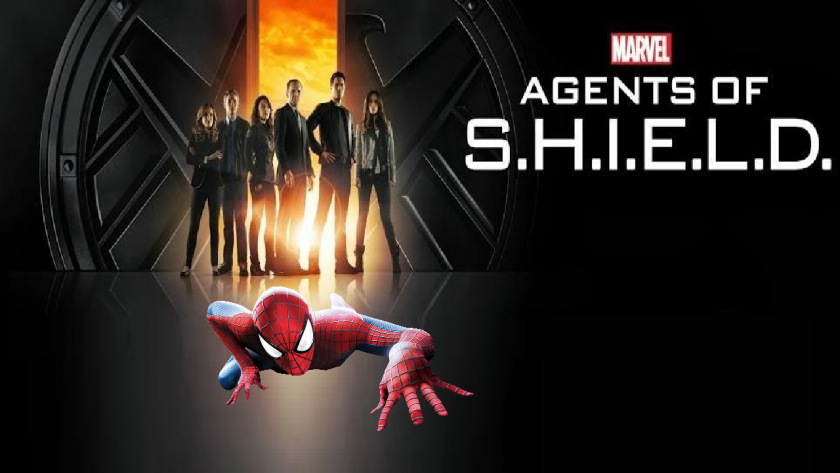 There is also another option that Marvel could really utilize, but it will be the most unorthodox option. That option is to weave Spider-Man into Agents of S.H.I.E.L.D. This is actually an option that Marvel has had for a while. When Marvel sold the rights to Sony Pictures for Spider-Man, they gave them all Theatrical and Television rights, from which we got the five films as well as some animated series that includes the fan favorite Spectacular Spider-Man. A few years ago though Sony relinquished all their television rights to Spider-Man live-Action and animated. Marvel could have brought Peter Parker, Spider-Man and his universe into the MCU as long as they didn’t infringe on the copyright of his classic costume, so an option would have been the Iron Spider costume. Marvel never used this for Live-Action TV in case they ever got a deal like this, they didn’t want to have to retcon anything in the MCU. But now that they have plans and the ability to bring Spider-Man into the MCU, Marvel could make a big splash and once again connect Agents of S.H.I.E.LD. with a Captain America movie by having his actual origins be worked into Season 3 of Agents of S.H.IE.L.D. 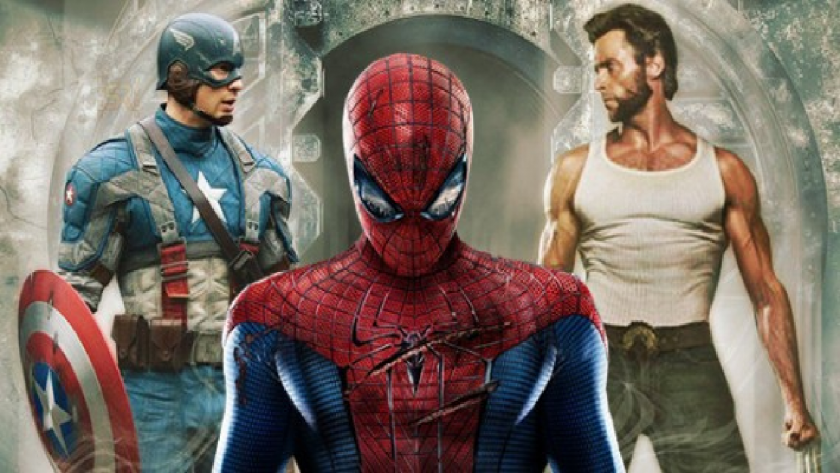 This deal could also lead to even more. If this move proves successful, and the new Fantastic Four reboot busts, FOX could try to work out a similar deal with Marvel to incorporate their Marvel properties, the Fantastic Four and X-Men into a new Marvel Cinematic Universe that will better reflect their comic universe.

Whatever is to come you can bet that we will be covering this news on Comic
Frontline, and discussing it tonight on our big 1 Year Anniversary/2,000
Subscriber Frontline LIVE show tonight at 9:15
PM EST.

Let us know in the comments here and on Comic Frontline on what you think about  and don’t forget to follow us on Twitter for the lastest Previews, Reviews News and Interviews!