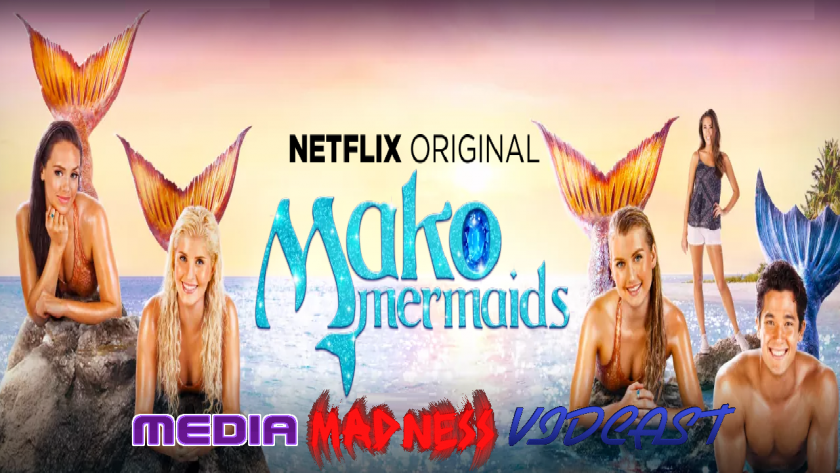 Welcome to the Media Madness Vidcast! Each week Kat and Jay do a show where we discuss the latest in TV and Movie news, and sometimes we are joined by other members of Comic Frontline, or other members of the YouTube Community! This week we are going solo and cutting out the news so we can devote the whole show to the world of Mako Mermaids!

Jonathan M. Shiff Productions
Hey guys – great discussion – you know more than you think! 😉 We are currently finalising the next 13 episodes which will be out real soon, and are in pre-production on Season 3.

Jonathan M. Shiff Productions
Sure, in a couple of weeks I’ll come on with some of the mermaids?

H2O Introduction Into The Mermaid World:

When Chinese mermaid Weilan accidentally releases a water dragon, she flees to Mako Island with the creature in pursuit. Mermaids Ondina, Mimmi and Sirena must defend Mako Island and the Gold Coast from destruction

H2O – Mermaid Adventures Is a retelling of H2O: Just Add Water in animated form. It deviates from the live action show, such as their ability to talk to the sea creatures, and Gold Coast is renamed Dolphin City.

H2O – Mermaid Adventures is a combination of comedy, friendship and adventures, both on land in Dolphin City and in a marvelous and magical undersea world. The brand-new animated series is taking the original concept of the world-hit live-action series to a whole new level. While exploring the mysterious Island of Mako, three quite ordinary teenage girls fall under a spell that changes their lives. From now on, whenever water splashes any one of them, they are transformed into mermaids! Endless situations and missions draw the three friends into the incredible underwater world where they make new friends: Bernie the Hermit Crab, Zita the inquisitive Eel, Teddy the Turtle, Sue the mystical Manta Ray and Carlotta the Jellyfish – and have endless fun and wonderful, enchanting adventures under the sea.

Let us know in the comments what you think of this Media Madness episode and don’t forget to follow us on Twitter for the latest Previews, Reviews, News and Interviews!