In “Kickstart the Week” I showcase a Kickstarter and interview part of the creative team behind it. This week we have a ninja toddler in Lil’ Ninja! I will also be talking to the creator Greg Woronchak.

The creator of the comic is Greg Woronchak (with some help from his wife). The penciler of Lil’ Ninja is Ash Jackson. The colorist is Dustin Evans with the aid of Woronchak. Their Kickstarter is for the first issue (40 pages) of Lil’ Ninja. The pages are inked and drawn but colors and lettering remain incomplete. If there are extra funds pledged to the Kickstarter they will go towards the second issue of the comic which already has a plot. 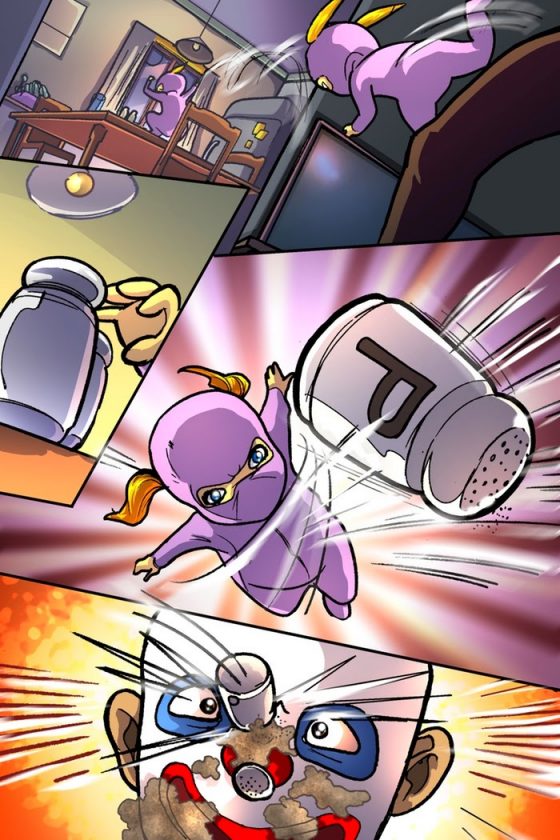 You can help Lil’ Ninja be published by pledging their Kickstarter. They needed $550 by March 16, 2015 at 3:37 pm but they have already exceeded that amount! Currently they have over $600 CAD (Canadian Dollars) No matter how much you pledge you will be rewarded. For $1 you will get a “thank you” credit on the Sore Thumb Presswebsite and on the credits page of Lil’ Ninja #1. At $5 you will get a PDF copy of the first issue plus special behind the scenes material.

I spoke with the creator and writer of Lil’ Ninja Greg Woronchak:

Me: What inspired you to write Lil’ Ninja?

Greg Woronchak: As a toddler, my first daughter pranced around the house (not very gracefully, I have to add) with boundless energy. Watching her, a seed of an idea about a very young super-heroine inspired by her antics was planted.

Me: How would you describe your main character Lily?

Woronchak: She’s fearless and kind; she genuinely enjoys being a hero, although keeping that secret from her parents is at times stressful. Lily is a bright, happy child that enjoys adventure and giggles in the face of danger.

Me: What can you tell us about the rest of the characters in Lil’ Ninja? 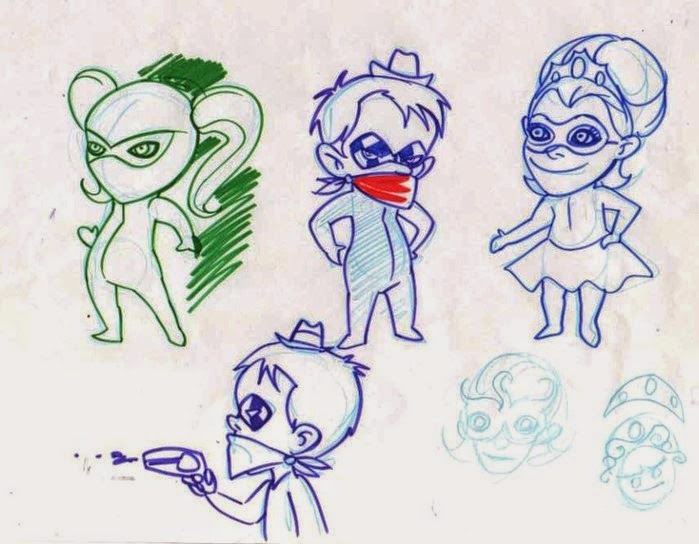 Woronchak: Lily’s parents are loving, although a bit tired. Oscar is Lily’s favorite plush; we see him ‘talking’ to Lily in the stories, but it isn’t established whether those conversations are merely her imagination. The truth is a secret for now! Other characters are a pair of bumbling thieves dressed as clowns, and a creepy little girl (who looks like a Victorian doll) who sucks the joy energy out of toys.

Me: You mentioned to me before that you have not been in touch with the production team and that you wrote this years ago. If you don’t mind my asking, how did you lose touch with them and why was there such a delay?

Woronchak: When I plotted the first story years ago, I found Ash Jackson (a fantastic artist) to draw it and paid upfront. I inked his pencils myself, but waited until I had the budget to pay a good colorist (which is where Dustin Evans came in). Dustin has since moved onto other things, so I complete the pages myself as time permits.

Me: Can you tell me a bit more about the rest of the creative team who worked on this book?

Woronchak: Ash has done other small press books and currently does caricatures (as far as I can tell). Dustin moved from illustration to cooking challenges, his main love. Both were awesome to work with, and brought life to my concept. As for me, I’ve been doing commissions and small press comics for years, and am comfortable with all aspects of the creative process.

Me: What other comic related projects have you been involved with? 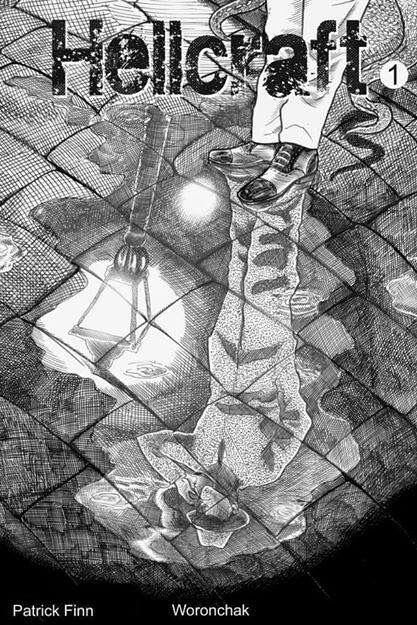 Woronchak: I’ve worked on Reverend Moore for Main Enterprises, Hellcraft for Owl Comics, Maggie Culpepper for New Pioneer Comics and a bunch of things that haven’t been published as of yet.

Me: What advice would you give to aspiring comic book writers?

Woronchak: Write what makes you happy, disregarding trends or things that might be popular. If writing for comics, remember that your words will be drawn, so try to keep visuals in mind with any script; at the same time, leave opportunities for an artist to ’embellish’ your script, that’s a pleasantly surprising aspect of collaboration.

Me: If you have a Kickstarter and you are interested in being interviewed about it for “Kickstart the Week” let me know in the comments below!