Denny Colt, aka Will Eisner’s famous creation The Spirit, will be celebrating his 75th anniversary this year. There’s a lot to celebrate since he will also be getting a new ongoing series, The Spirit, which will be penned by award-winning writer Matt Wagner (Grendel, Sandman Mystery Theatre). This ongoing series is just the start of the new partnership between the Eisner Estate and Dynamite Entertainment.

The Spirit is remembered fondly as the 1939 creation of Will Eisner. Eisner’s provocative workA Contract with God is credited with popularizing the term graphic novel. His weekly work in Sunday 16-page sections created the foundation for modern comics. Ever hear of the Eisner Award, the comic book equivalent of an Oscar awarded each year at San Diego Comic Con (SDCC)? This award was named after Eisner.

Writer Matt Wagner is pretty well known in the comic book world. He created Grendel and Mageand wrote Sandman Mystery Theatre which, after having read only a handful of issues, I have really enjoyed. He was also the creative mind behind Batman/Superman/Wonder Woman: Trinity and Batman: The Monster Men. His work for Dynamite has included The Shadow: Year One, Green Hornet: Year One, and and Django/Zorro, a sequel to the film Django Unchained. 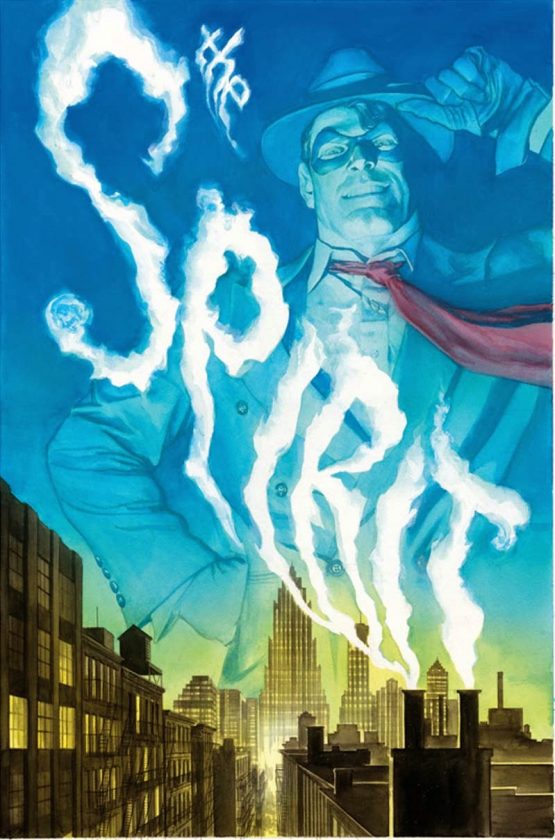 Matt Wagner describes his relationship with the crimefighter: “I discovered The Spirit via the black-and-white, magazine-sized reprints of the mid-70s. It was the first time that I truly perceived sequential narrative as a legitimate art form, of the immense creative power of a comic-artist in his prime,” says Wagner. “I can honestly say that seeing and experiencing The Spirit in my formative years ultimately led to my career as a comics author. It’s such an immense thrill and a professional honor to have the chance to contribute to Will Eisner’s legacy on the milestone 75th anniversary of his most influential and iconic character.”

Will Eisner’s The Spirit #1 will have three covers from comic book illustrators Alex Ross, Eric Powell and the series writer Matt Wagner. The artist for the interior has not been announced yet. The ongoing series will launch at SDCC in July 2015. The comic book will be available to reserve in your local comic book store or can be purchased using Comixology, iVerse, or Dark Horse Digital.