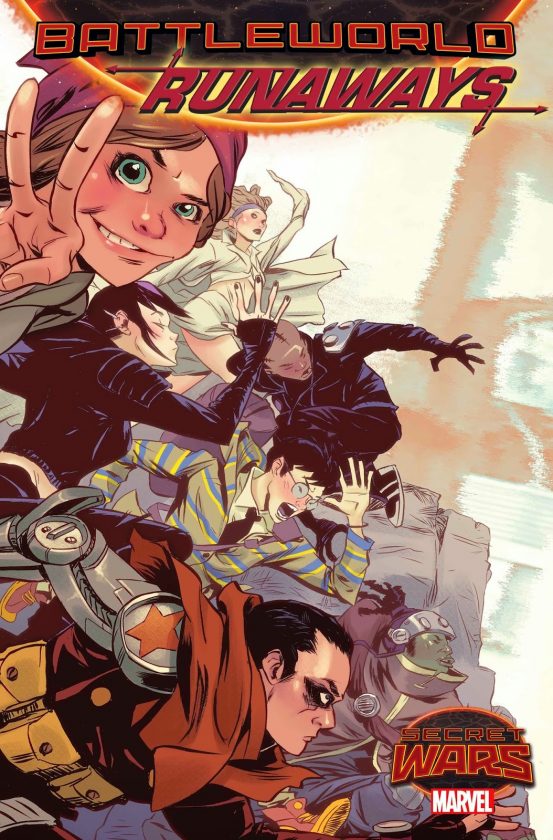 The best and brightest teens from all corners of Battleworld are hand-picked to attend the most prestigious academy on the planet’s capital. Yet not all is as it seems within these hallowed halls. This esteemed educational establishment may just be grooming the next generation of super villains!

What happens when the new class learns they’re on the fast track to evil and their headmaster is a diabolical super villain? RUN AWAY! 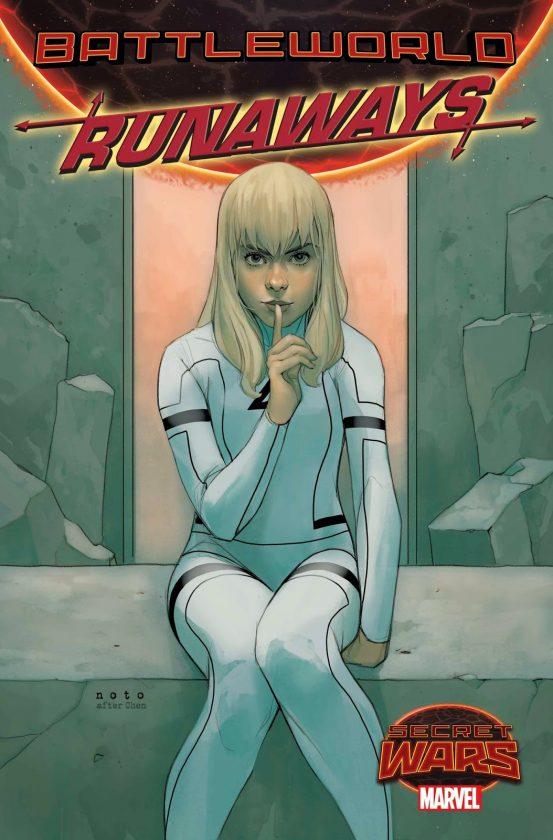 “Noelle and Sanford have come up with a fun cast of alternate reality versions of some fan-favorite characters (including original Runaway Molly Hayes!), plus a few new characters who we’re really excited about. It’s a different take on RUNAWAYS, for sure, but that same fresh, adventurous, character-driven spirit of the original series remains the same!”

Now, teenagers Molly Hayes, Jubilee, Bucky Barnes, Cloak & Dagger, Amadeus Cho, Skaar and a few new faces are striking out on their own — taking on Battleworld, learning to deal with each other, and learning to deal with themselves. Enter the world of a Secret Wars story unlike any other when Stevenson and Greene bring you a new spin on the Runaways this June in RUNAWAYS #1!