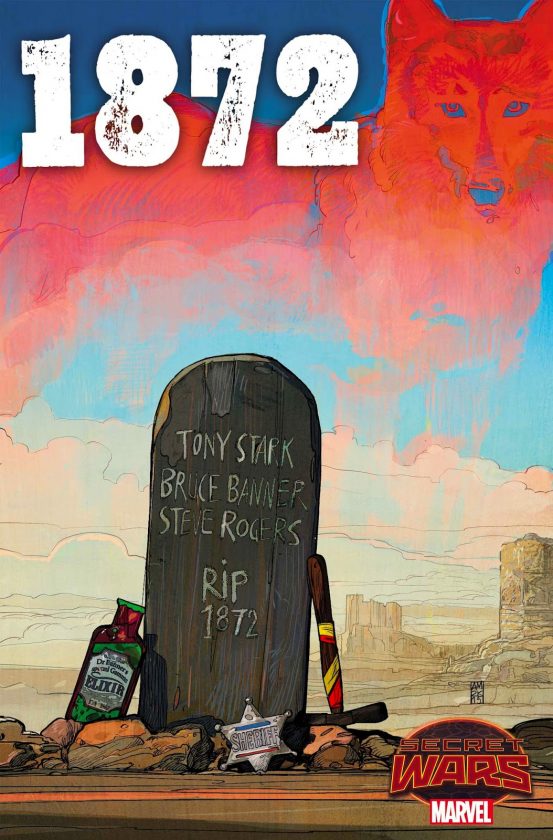 1872 #1! WARZONES! ‘NUFF SAID!
This June, the frontier gets a bit more Marvelous in 1872 #1 – the debut issue of a blockbuster new Secret Wars series! Fistfuls of action, drama and suspense await you as critically acclaimed creators Gerry Duggan (Deadpool, Nova, Hulk) and Evan “Doc” Shaner (Flash Gordon) bring you the Marvel Universe as you’ve never seen it before!
All is not well in the small frontier town of Timely. Among the grit and the gristle of day-to-day life, corruption runs rampant. A steadfast lawman armed with a six-shooter and his bare knuckles, Sheriff Steve Rogers is out to clean up the town–but casino owner Wilson Fisk has other ideas. And when a mysterious stranger blows in from parts unknown, everything in Timely is going to change–for anyone left standing, that is! 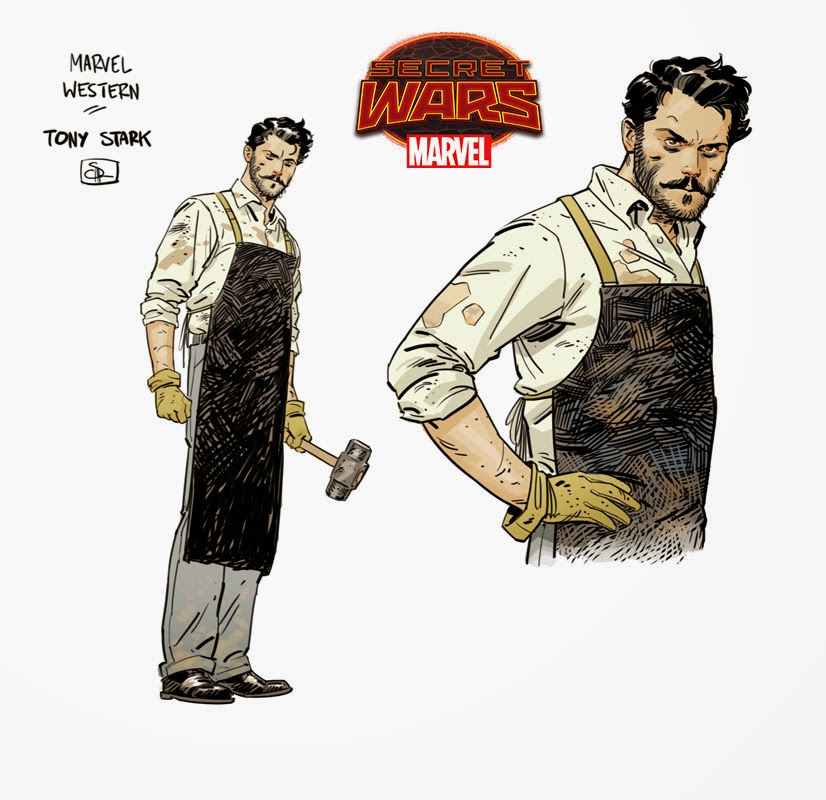 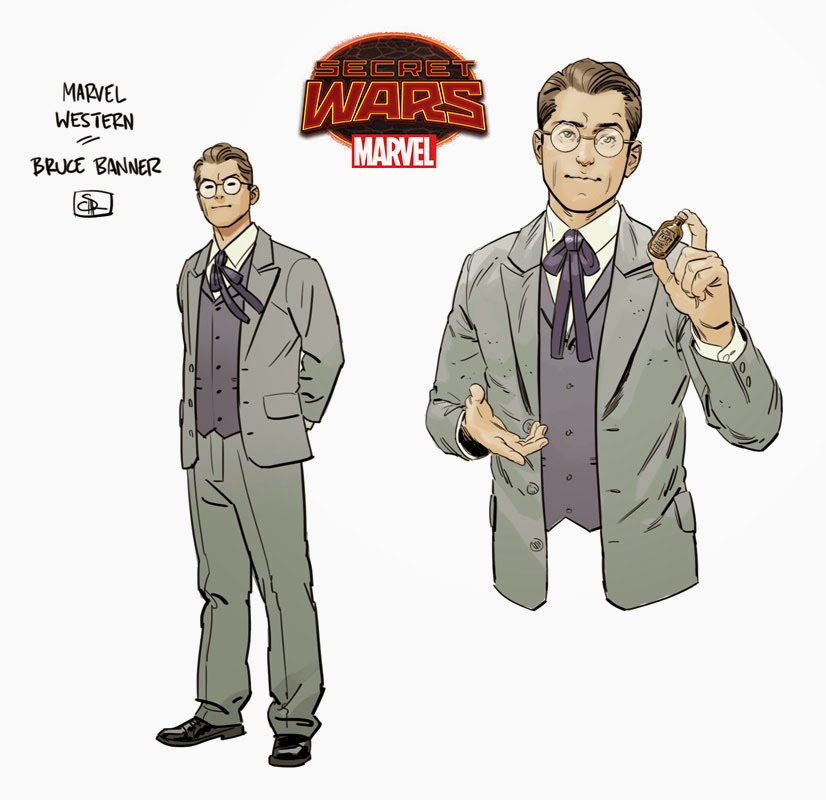 “I’ve always loved superhero comics and I always loved western comics so seeing Marvel’s heroes as gunslingers is a dream mashup for me. I’ve never seen Gerry so enthused about a project and Evan Shaner has been turning in some truly inspiring artwork. Marvel fans are going to love this. The characters are all true to their core and some of the designs are going to be outlandish. Wait till you see what Doc Ock looks like.” 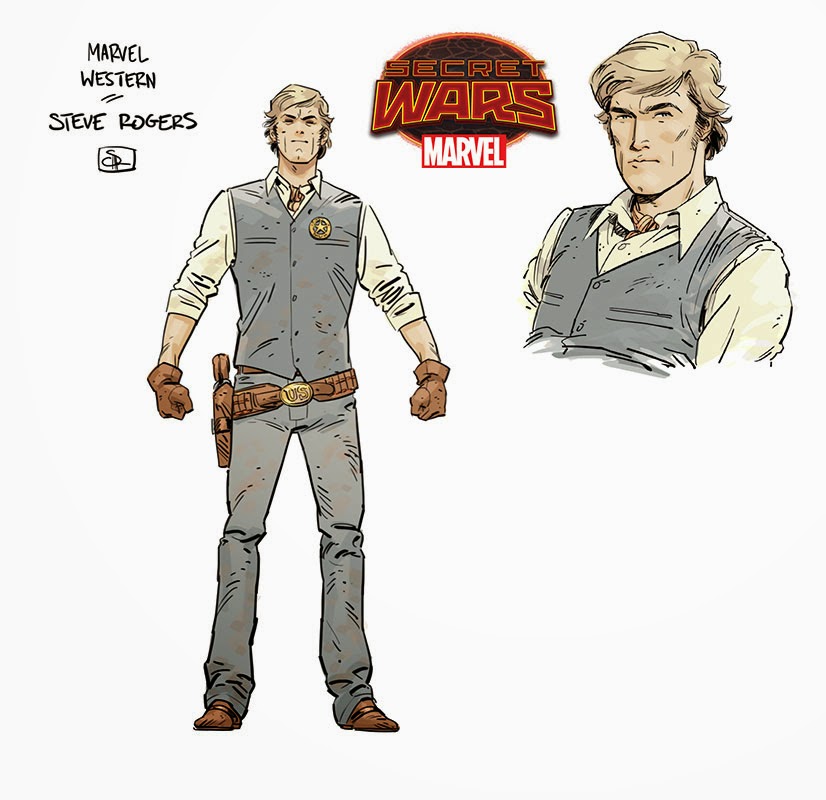 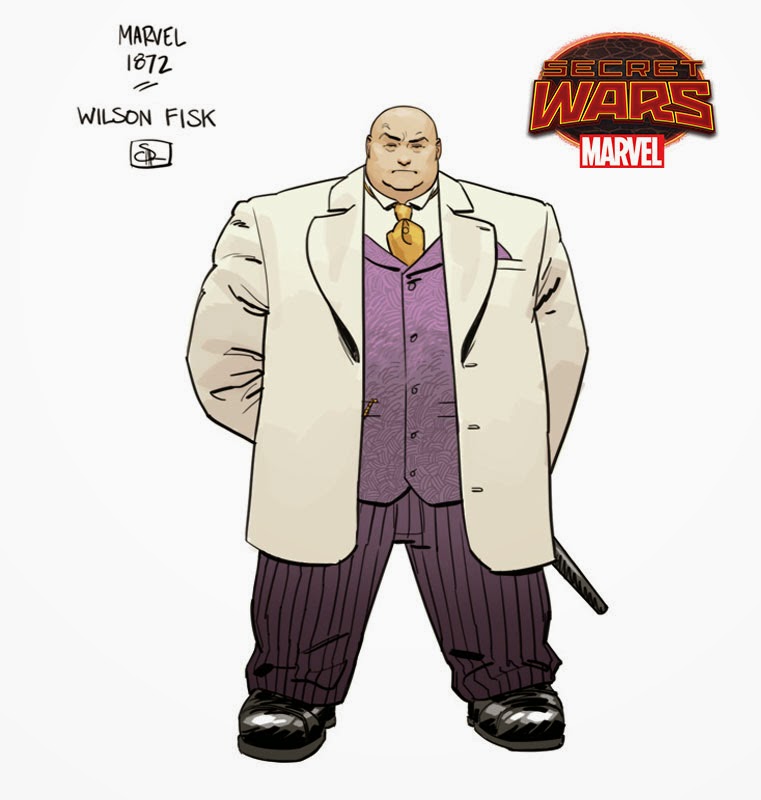 This June, witness one man’s quest for justice through the wildest Marvel Universe you’ve ever seen. Saddle up, True Believer – 1872 #1 is coming to comic shops and digital devices this June!