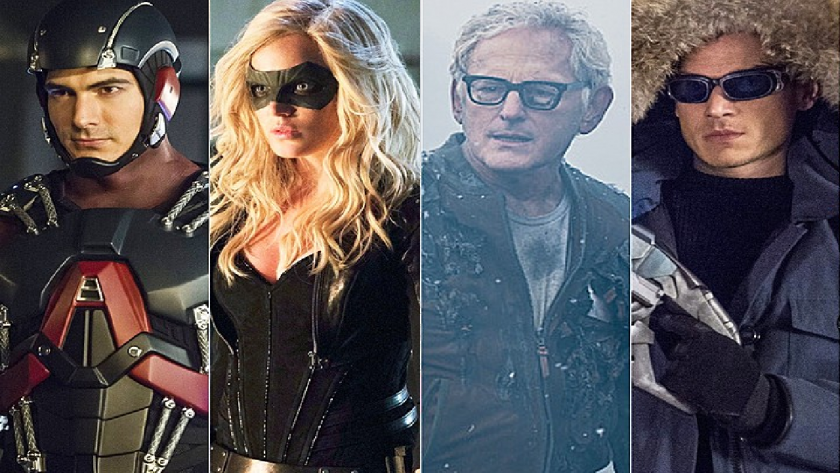 Buzz is going around about the newest DC Comics Show on  The CW . The show which is set to star Brandon Routh’s Atom, the apparently not-so-dead  Caity Lotz’s Canary, Victor Garber’s half of Firestorm, and Wentworth Miller’s Captain Cold. The latest news is some possible leaked character descriptions for 3 additional characters.

“THE TRAVELER” | Described as a “Han Solo-esque rogue who gets by with his charm, this hero hails from the future, and has journeyed back in time on a secret mission. His razor-sharp wit hides the pain of a man who has lived through serious conflict. He also harbors many secrets, always leaving both his teammates and the audience unsure of his true allegiances.

“FEMALE WARRIOR” | This twentysomething Latina is pretty but unassuming, book smart and socially awkward by day. But by night, when she hears the cry of battle, her fury is ignited and she becomes a fierce warrior — so much so, that sometimes she can become a threat to others.

“MYSTERY HERO” | An African-American male in his twenties will fill the role of a regular, street smart guy who unexpectedly gains powers, and then, as part of the team, regularly quips about the insanity of the situations.

This news is already sparking speculation all over the net with many putting Rip Hunter as “The Traveler, I am think the more obvious choice is Booster Gold is a given with that spin-off Producer Andrew Kreisberg has been trying to get a Booster Gold series launched at Syfy for a while now. The remaining two are not that easy to decode, but some key words stick out. The “Female Warrior” sounds a lot like Fire with “ignite” being the key word and she has also been called the Green Fury, while others theorize the more literal and believe it to be Fury herself. The final character, the “Mystery Hero” a lot of people are thinking Static, but with the age being in his twenties I could see them actually making this Black Lightning.

Let us know in the comments what you think of this The CW’S ATOM SPIN-OFF News from DC Entertainment & The CW Network and don’t forget to follow us on Twitter for the latest Previews, Reviews, News and Interviews!