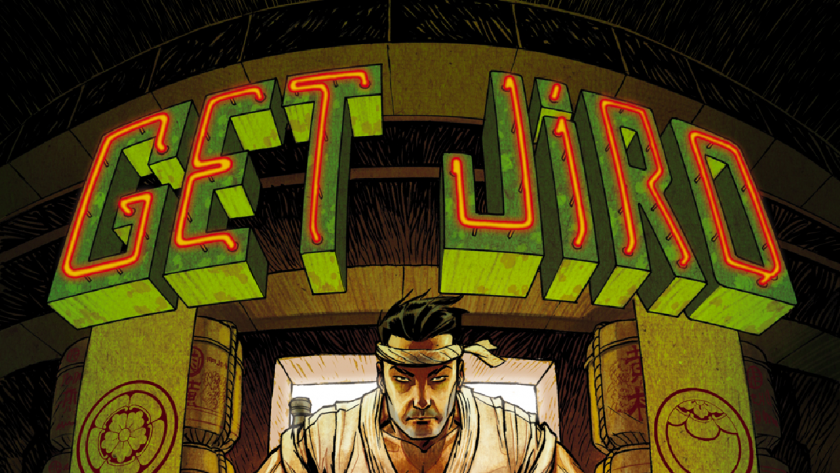 Vertigo To Release Anthony Bourdain’s ‘Get Jiro: Blood And Sushi’

Today, Vertigo, the innovative, boundary-pushing imprint of DC Entertainment, announced it will release a prequel to 2012’s GET JIRO! from renowned chef and  New York Times Bestselling Author Anthony Bourdain (Kitchen Confidential, Medium Raw) along with co-writer Joel Rose (La Pacifica, Kill Kill Faster Faster), interior artist Alé Garza, and cover artist Dave Johnson. Reminiscent of a Yakuza action movie, the original graphic novel GET JIRO: BLOOD AND SUSHI is set in Tokyo and tells the story of how Jiro’s two worlds collided as he worked for his father’s mob, yet pursued his love of cooking at night to become a chef.

“Where did my ultra-violent sushi chef hero from the previous book come from? What if you were brought up in a family where murder is acceptable practice and making the best sushi on the planet is a shameful secret? I wanted to take the story back to its beginnings–in Japan (albeit a slightly-in-the-future, dystopic Japan), and indulge my own enthusiasms for both the place and the many classic genre films that have been made there.  This is fun for me.”

“Tony and I wanted to revisit Jiro and go back to his origins. We took as our inspiration classic yakuza movies, Ichi the Killer, Battle Without Honor or Humanity, and a slew more. We were also looking for an artist with the chops to do the manga we saw as the book’s style, and thus, Alé Garza. We are thrilled to be back and can’t wait for fans to pick up the book.”

“When I was approached to work on the Get Jiro! prequel I was giddy with excitement! The idea of getting to create something with Anthony Bourdain was just so overwhelming. I also knew that I’d have to push myself harder creatively. GET JIRO: BLOOD AND SUSHI, has been just that, a creative push forward for myself as an artist. I’m doing my best to create an emotionally compelling world that fits suit with the previously released book. It’s really unlike any thing I’ve ever taken on.” 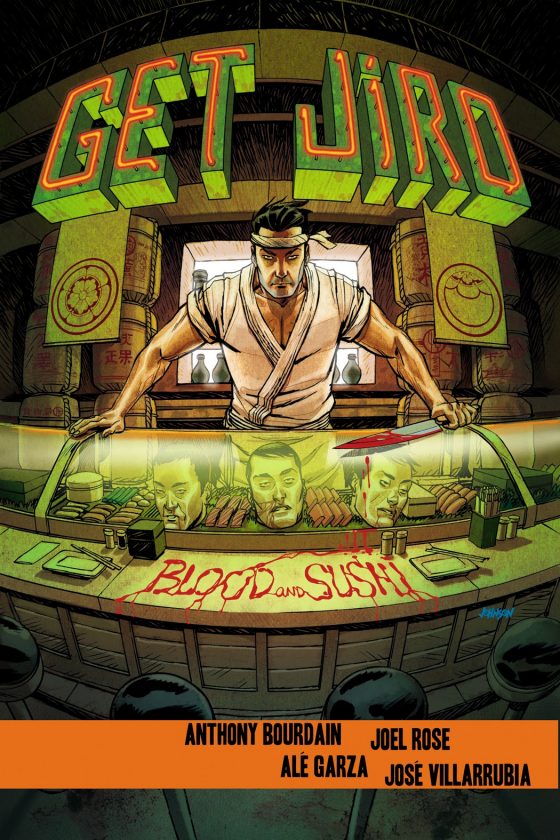 “From the crazy awesome mind of Anthony Bourdain…It’s fantastic! This is such a good read.  It’s really funny, it’s really cool.”

“Anthony Bourdain is known for his distinctive personality and witty writing.…The graphic novel is fun for food lovers and common diners alike.”

– THE DAILY MEAL on GET JIRO!

“‘Get Jiro!’” unfolds in a dystopian version of Los Angeles where today’s (mostly) polite and academic discussions about food have evolved into grisly gastronomic feuds.… In some ways, “Get Jiro!” represents a coming-full-circle thing for Mr. Bourdain.”

– THE NEW YORK TIMES on GET JIRO!

GET JIRO: BLOOD AND SUSHI will hit shelves and be available for digital download on October 20, 2015. The original graphic novel will be 160 pages and available for $22.99.

Let us know in the comments what you think about this Vertigo Comics News and don’t forget to follow us on Twitter for the lastest Previews, Reviews News and Interviews!

All images are courtesy of Vertigo Comics