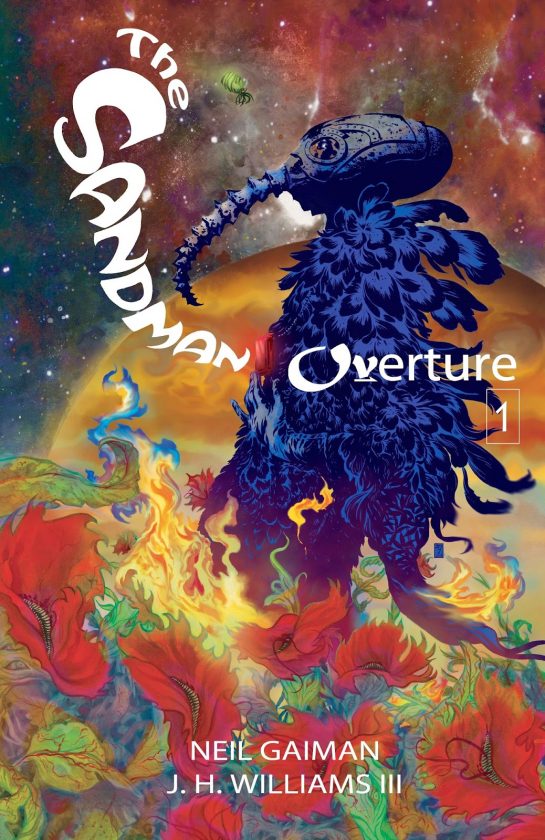 VERTIGO TO RELEASE NEIL GAIMAN’S ‘THE SANDMAN: OVERTURE DELUXE EDITION’ AND ‘FREE COUNTRY: A TALE OF THE CHILDREN’S CRUSADE’ THIS FALL

Fans of Neil Gaiman have much to rejoice about this Fall as the NEW YORK TIMES bestselling author will release two spectacular collections in time for the holidays.

THE SANDMAN: OVERTURE DELUXE EDITION hardcover by Neil Gaiman and artistic luminary J.H. Williams III makes its debut this November. The collection will be comprised of the six previously released issues (look for issues #5 and #6 later this year), which tell the story of Dream before the events of THE SANDMAN, including the spectacular gatefold featured in the first issue. In addition, there will be extra exclusive material including pages from the Special Editions, script pages, among others.

In this book, which TIME MAGAZINE calls “as weird and magic and dreamy as ever,” Gaiman expands upon the story that changed the landscape of modern comics 25 years ago. THE SANDMAN: OVERTURE  features cameo appearances by fan-favorite characters such as The Corinthian, Merv Pumpkinhead and, of course, the Dream King’s siblings: Death, Desire, Despair, Delirium, Destruction and Destiny as well as the first appearance of Dream’s parents. 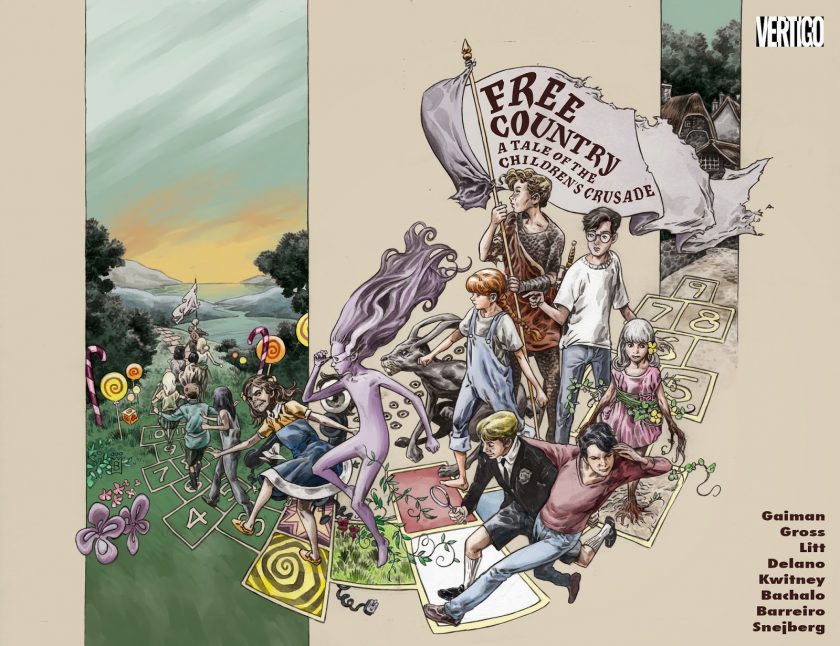 Also available in September is FREE COUNTRY: A TALE OF THE CHILDREN’S CRUSADE. This marks the first time THE CHILDREN’S CRUSADE issues #1 & #2, written by Neil Gaiman, Alisa Kwitney and Jamie Delano, will be collected since their initial release in 1997. The two-issue miniseries follows the Dead Boy Detectives who are on the case when several children go missing in a small English town. A series of strange and unexpected twists take them to Free Country, a place that dates back a millennia, where children never grow old and are free from the abuse and tyranny of adults. But Free Country is failing, and what it needs is the strength of five innately powerful children – including the young sorcerer Timothy Hunter – to restore their uncanny world to what it once was. In addition to the original stories, the collection will include a new chapter completing this compelling tale of ancient history, stolen dreams and lost children, in the way Gaiman originally envisioned. The new chapter will be written by Toby Litt (DEAD BOY DETECTIVES) and drawn by Peter Gross (THE BOOKS OF MAGIC).

“A long time ago, I wrote the first part of a story, and waited to find out how it middled, then worked with Jamie Delano and Alisa Kwitney on the end. For years people have asked how and when they could read all the story of the Children’s Crusade. I’m glad to say that it’s now been retooled and refinished, and is something both old and new — a forgotten jewel and a new delight.”

FREE COUNTRY: A TALE OF THE CHILDREN’S CRUSADE is a 200-page hardcover book arriving on September 23 in comic stores, September 29 everywhere books are sold and will include 64 pages of new material. Available for $24.99, the collection will also feature an introduction by Gaiman, and exquisite new cover art by Mark Buckingham (DEAD BOY DETECTIVES).

Let us know in the comments what you think about THE SANDMAN: OVERTURE DELUXE EDITION and FREE COUNTRY: A TALE OF THE CHILDREN’S CRUSADE and don’t forget to follow us on Twitter for the latest Previews, Reviews News and Interviews!

All images are courtesy of Vertigo Comics