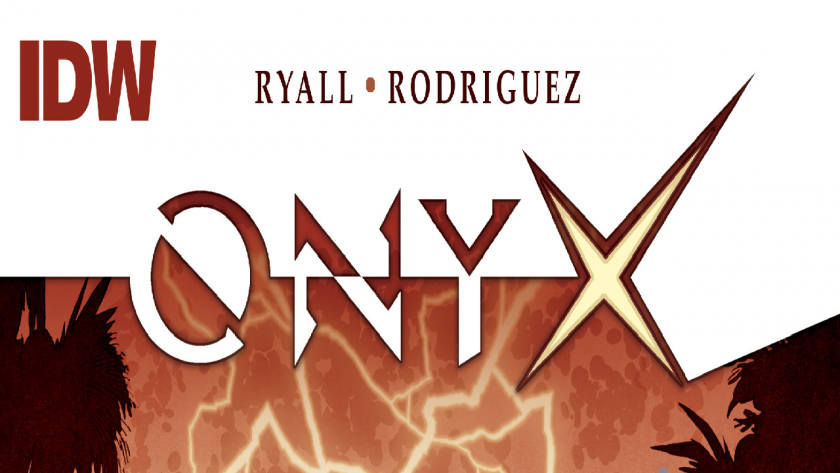 ONYX LANDS AT IDW THIS SUMMER
New Science-Fiction Series by the Co-Creators of Locke & Key and
Zombies vs. Robots Arrives in July

Chris Ryall and Gabriel Rodriguez, the award-winning creators of series such as Locke & Key and Zombies vs. Robots are releasing their first co-creation, Onyx, this summer.

Onyx tells the tale of a female metal-suited warrior who comes to Earth on a quest to either save the planet or destroy it. It’s up to a team of super-soldiers to figure out which before it’s too late, and before a much greater threat overwhelms both them and the planet itself.

Comics readers will be introduced to Onyx in a standalone 5-page story, Onyx #0, that will be included as a free bonus story in many of IDW’s May titles, including The Transformers, Dirk Gently, Star Trek, and many others. This five-pager by Ryall and Rodriguez introduces the character in a deep space setting and serves to set the table for the adventures to follow in July’s Onyx #1 and beyond.

“Gabriel and I are excited to release Onyx into the wild, and even more excited to give readers and retailers alike this advance look at the character in Onyx #0. That allows for a nice, risk-free way for people to take a look at her during the ordering period for Onyx #1. And it puts even more phenomenal Gabriel Rodriguez artwork out into the world, which is always a good thing.” 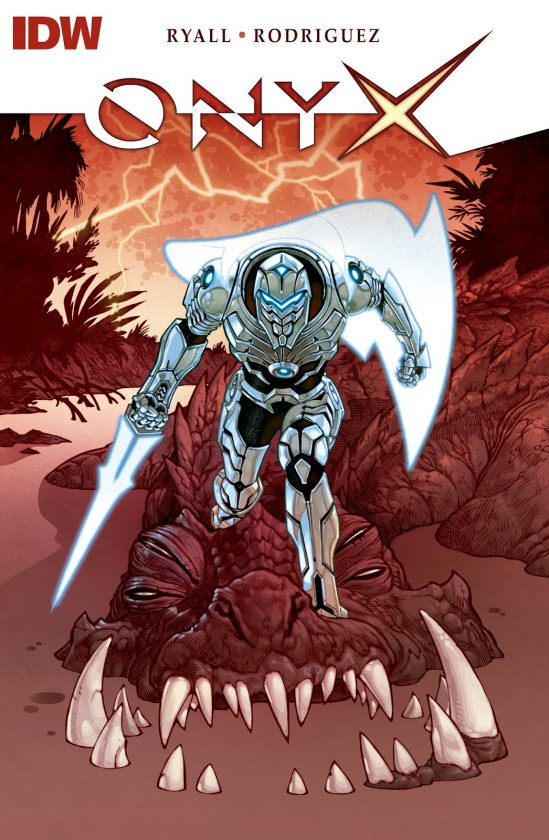 Onyx #1 (of 4) will feature a unique cover plan to help kick it off, too. In addition to Rodriguez’s stunning cover image, Onyx #1 will also feature covers by Ryall’s ZvR co-creator Ashley Wood, a “plush” version of the character by Charles Paul Wilson III, an EC Comics homage cover as part of IDW’s EC Comics tribute month by Alan Robinson, and an incentive cover by Sal Buscema.

“To jump into an action packed sci-fi adventure is something I’ve been hoping for a chance to do for years, and to have the opportunity to share this wild trip with longtime friend and collaborator Chris Ryall, with a creation of our own, is the perfect way to do it. And not only as we’re trying a creative work approach that’s both new and challenging for both of us, but also because I think we’ve found a powerful character to give proper voice to lots of exciting ideas we want to explore. And I’m additionally enthusiastic about the visual feast this story is daring me to provide.”

Ryall and Rodriguez have previously partnered on multiple comic series: Clive Barker’s The Great and Secret Show, George A. Romero’s Land of the Dead, and Beowulf, but this is the first time they’ve created an all-new title together. For Rodriguez, Onyx follows his work on the acclaimed, Eisner-Winning Series Locke & Key with writer Joe Hill, and the just-concluded Little Nemo: Return to Slumberland with writer Eric Shanower.
“Working with Gabriel again is such a reminder—every page from him on every project is a similar reminder—that there’s nothing in the world (or the universe, as we’ll see) that he can’t bring to vivid life on the comics page. This project is a true collaboration, with us each building the story and the pages from the ground up, and it’s been a blast to see Gabe take more of a hand in the storytelling, too. I see big things in this kid’s future… if only Onyx can help secure that future for us all, that is.”

Onyx #1, one of IDW’s Five Featured Firsts in July which welcomes a new #1 issue each week of the month!

Let us know in the comments what you think of this IDW Publishing announcement and don’t forget to follow us on Twitter for the latest Previews, Reviews, News and Interviews!
All images images are courtesy of IDW Publishing