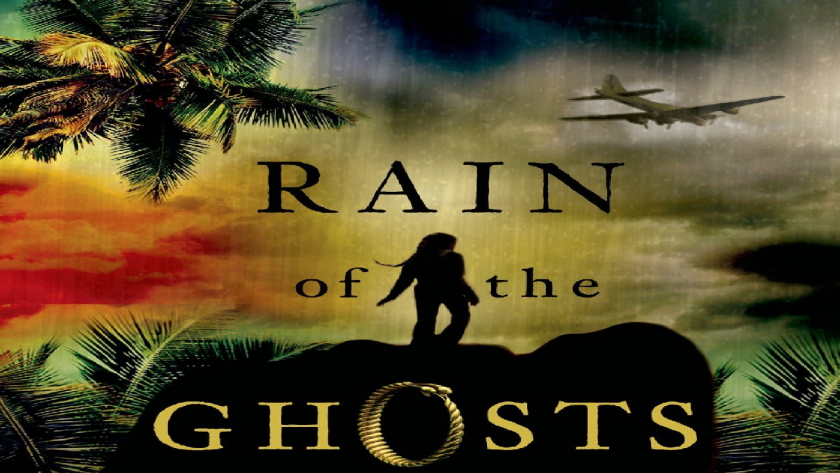 Last Friday March 27, 2015 Kat and I hosted an E-Panel with Greg Weisman (Star Wars: Rebels, Young Justice, Gargoyles) about his comic Star Wars: Kanan – The Last Padawan #1 which hit stands this week. During the E-Panel Greg talked about his Young Adult Novels Rain of the Ghosts, and Spirits of Ash and Foam. He also mentioned a project coming up and now we know that, that project is bringing Rain of the Ghosts to life as a full cast AudioPlay! Kat and I put together some questions for Greg about this project which we both backed and hope you do as well!

Comic Frontline: First I want to thank you for making time for this interview. I am a HUGE fan of yours, Gargoyles was and still is the best animated series I have ever seen. You always seem to write with everything you have and that comes through from your writing, your interviews about the projects, and your connection to the fans. Rain of the Ghosts is no exception, hearing you talk about it, you can tell how much of yourself is poured into it. I bought my copies of the books and they just arrived so I am looking forward to reading them! But now you have a project related to that series, that takes Rain on a whole new kind of adventure.

Comic Frontline:  For those who may not know, what is Rain of the Ghosts?

Greg Weisman: Rain of the Ghosts is my first novel, and the first book in a nine-book series.  The second book, Spirits of Ash and Foam, is also out, and both books are available at bookstores and online at places like Amazon.com.  I’m also in the midst of a Kickstarter campaign to raise the final funds I need to complete the unabridged Rain of the Ghosts full-cast AudioPlay.

CF: What inspired you to write Rain of the Ghosts?

GW: Rain was one of the very first things I developed after Gargoyles.  Like Gargoyles, it’s rich in mythology (specifically the mythology of the Taíno, i.e. the indigenous people of the Caribbean) and like Gargoyles, it’s intricately plotted with a diverse cast of characters and creatures.

CF: What made you decide to bring Rain of the Ghosts to this format?

GW: Mostly, I just wanted to hear it!  But I also didn’t want to do a standard audiobook with one narrator reading all the parts and doing all the voices.  I wanted that full 20 actor cast.

CF: What made you decide to take this project to Kickstarter?

GW: Well, the obvious answer was that we needed the money.  I’ve already spent $30K of my own money on the project.  I couldn’t afford the remainder. KickStarter provides us with a shot. 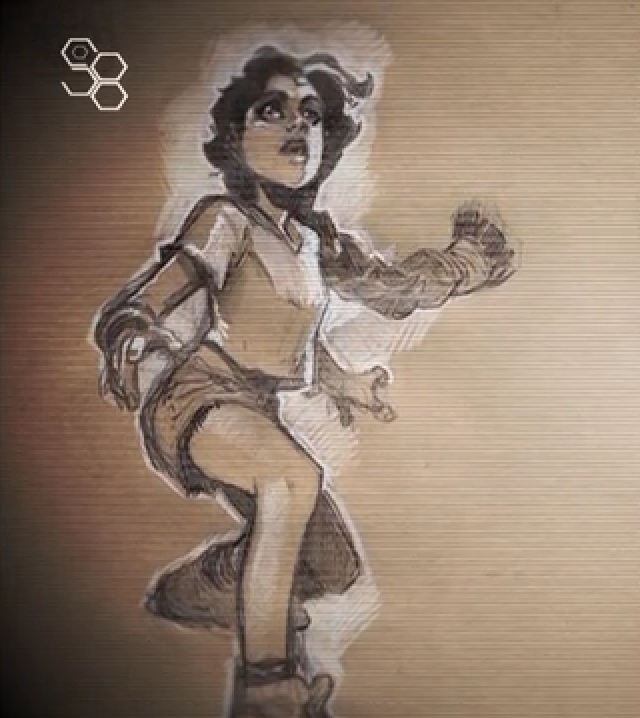 CF: What makes this audio play unique compared to the other audio books out there?

GW: Well, again: full cast.  Plus we have a full musical score and sound effects, all at studio-level production values, but without any studio interference.

CF: Tell us some about the music soundtrack.

GW: Over three hours of score is being composed by Dynamic Music Partners, a.k.a. Lolita Ritmanis, Kristopher Carter and Michael McCuistion.  This amazing trio has composed everything from Batman: The Brave and the Bold to Young Justice to The Spectacular Spider-Man to Justice League Unlimited and much, much more.

CF: You have a VERY impressive voice cast for here, most if not all you have worked with prior. What went into the process of casting this audio play?

GW: For most of the roles, I just sat down with my fellow producer Curtis Koller and my favorite voice director Jamie Thomason, and we talked about the characters and just called out people who we wanted to play the roles.  They pretty much all said yes right away – because they’re all truly wonderful folk.  There were two roles, Rain and Miranda, where we didn’t think we had the right people in our back pockets.  So we held auditions, and wound up with the amazing Brittany Uomoleale as Rain and Daniela Bobadilla as Miranda.  The only other person who had to fight to get his role was me.  I wanted to make sure I was actually benefiting the project by taking a part or if that was just vanity.  So I auditioned too.  But we all agreed I brought stuff to the table.  I hope we were right.  I’m confident the other 19 actors are stellar.  Less confident about myself.  But it feels right. 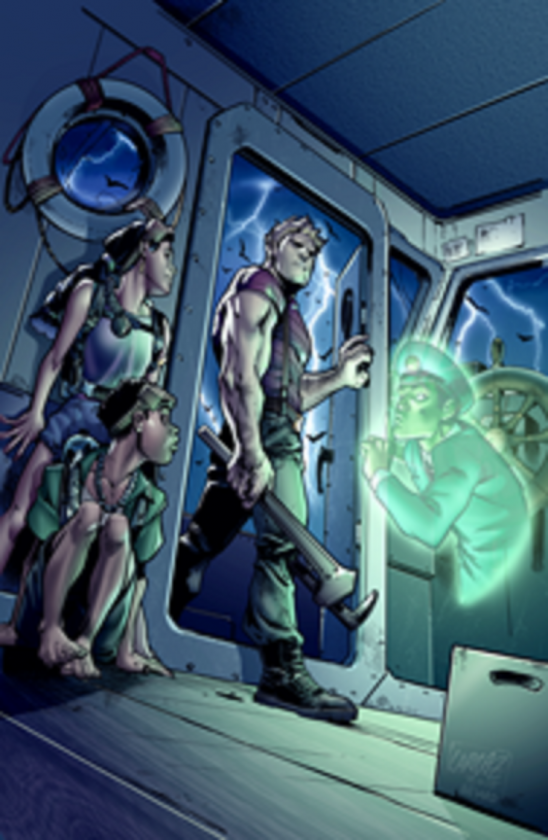 CF: I am sure you are going to do a great job! With this project in the works where can we find the novels?

GW: Both novels are still available on Amazon or at any bookstore.  If they don’t happen to have Rain and/or Spirits on the shelf when you come in, just go to the front desk, and I’m sure they’ll be happy to order them for you.

CF: Will this be available for people to buy if they miss out on the Kickstarter?

GW: Well, assuming we reach our goal, yes.  But reaching our goal’s not a given, and pre-ordering the book on KickStarter is a safe way to make sure you get it.  Because if we reach our goal, it’s yours.  If we don’t, you don’t lose any money.

GW: Both work for me! 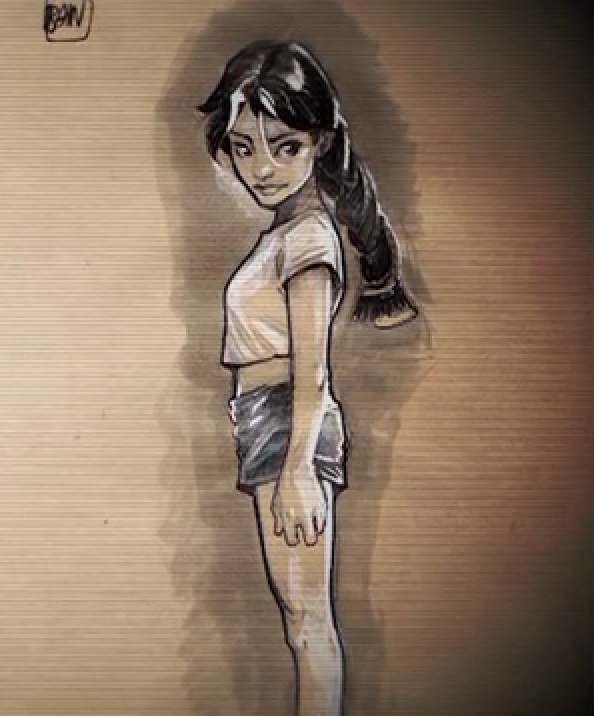 CF: How can you compare this story to other projects you have worked on?

GW: If you like my work on Gargoyles, Young Justice, The Spectacular Spider-Man, Star Wars Rebels or Star Wars Kanan, I am quite sure you’ll like Rain.  Again, it has the same interwoven plotting I’m famous for, the same great attention to character and detail.

GW: Actually, it’s Spirits of Ash and Foam that have the Taíno version of a vampire and a mermaid, that is it uses characters from there rich mythology.  But most likely it’s not a mythology the average reader is familiar with.  And because it is independent of Western (i.e. European) culture and its descendants, it feels like a very fresh take on both.

CF: Tell us about some of the rewards you get for backing Kickstarter.

GW: There’s the AudioPlay itself, available either as a download or as a signed CD boxed set.  There’s the musical score.  There’s a downloadable version of the map of the Ghost Keys, i.e. the chain of Caribbean islands where the stories take place.  There are three gorgeous art prints inspired by the story, including one by Star Wars Kanan artist Pepe Larraz (colored by Gargoyles colorist Robby Bevard), one by Young Justice artist Christopher Jones, and one by original Rain of the Ghosts development artist Kuni Tomita (colored by Frank Guthrie).  There are audio or video shout-outs from our amazing cast.  There’s even the opportunity to have dinner with me and members of the cast.  And more… 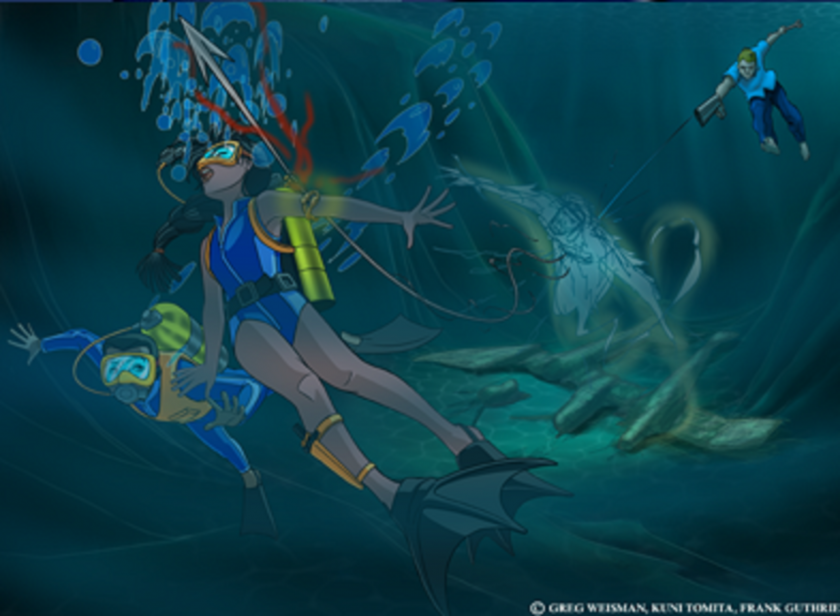 CF: If this does well, could we see more of the series being written, and possibly joining Rain of the Ghosts in the audio play format?

GW: If this does REALLY well, we’ll immediately jump onto the second book after finishing the AudioPlay of the first.  But I truly love this format, so I’m dying to do more.

CF: The art pieces look AMAZING, I personally can not wait to receive them and display them on my wall. Could we possibly see these books in another medium, like a creator owned comic book?

GW: It’s possible.  Not ruling it out, but I don’t have any current plans for that.

CF: What else can you tell us about Rain of the Ghosts, the book, the AudioPlay and the series as a whole?

GW: Rain Cacique is a thirteen-year-old girl who lives on a chain of Caribbean islands called the Ghost Keys.  Her parents own and operate a Bed & Breakfast, and even at age 13, Rain spends a lot of her time making beds and serving breakfast to tourists.  But soon enough, Rain discovers that she has the unique ability to see and communicate with ghosts.  She has a mystery to solve, a mission to accomplish and a destiny to fulfill.

I want to thank Greg Weisman once again for taking the time for this interview. Comic Frontline added the Rain of the Ghosts Widget on our site so visitors and click on it, find out more about the project.

Let us know in the comments what you think of this Comic Frontline interview, and don’t forget to follow us on Twitter for the latest Previews, Reviews, News and Interviews!