Another month has come and gone which means it’s time for
another “Best/Worst Comic Book Covers” list. This week it was a struggle to
come up with the “Best” portion of this list, unlike last month which had an
abundance of great covers. Then I discovered Marvel and DC’s variant covers.


As usual I mean no disrespect when including covers under
the worst list, nor do I think the artist of that particular cover doesn’t have
worthwhile work. I just don’t think they did their best on that cover. I think
it’s important to point out the best and the worst so we can admire and understand what
doesn’t work and what does. Here’s the best and worst covers of March 2015.
Best
5. The
Punisher #16 (Mitch Gerads) 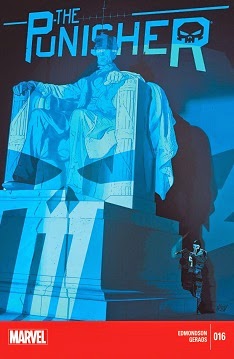 The Punisher symbol is incorporated well in the shadow on
the iconic statue of Abraham Lincoln. It’s impressive how the colors feel gloomy despite being bright.
4. Thor
#6 (Stephanie Hans) 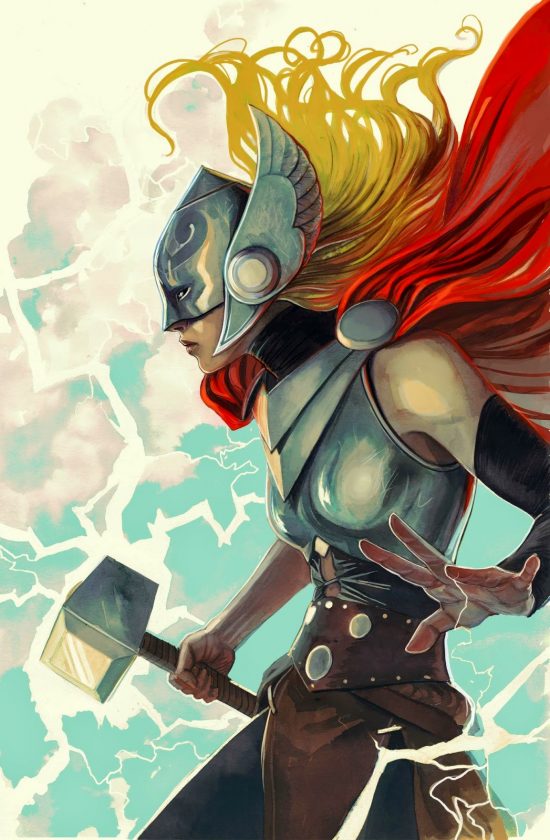 To celebrate Women’s History Month, Marvel had numerous
variant covers made for their comics drawn by female artists. This cover
features Stephanie Hans’ usual beautifully painted artwork. It was a difficult
choice between this and Hans’ Storm #6 since
I try to limit it to one pick per cover artist.
3. Ghosted
#18 (Vladimir Krstic) 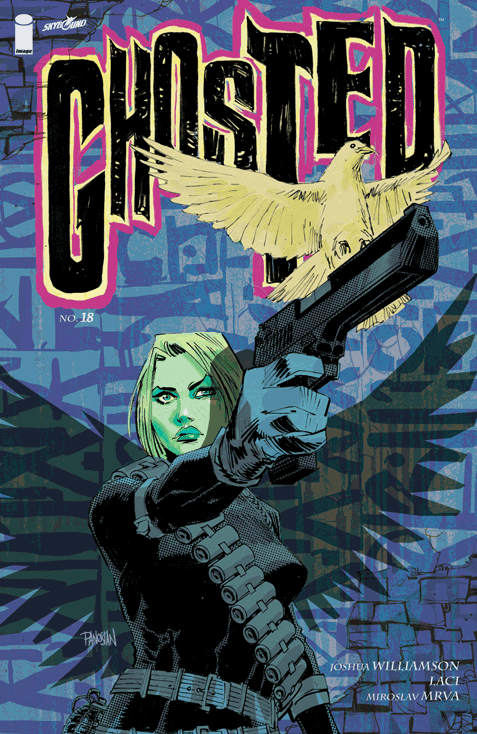 The color on this cover really make it pop. The title text shouldn’t
even function with its yellow and pink border surrounded by the blue background
but surprisingly it works. I also like how the bird’s shadow creates the impression
of angel wings behind the shooter.
2. Flash
#40 (Bill Sienkiewicz) 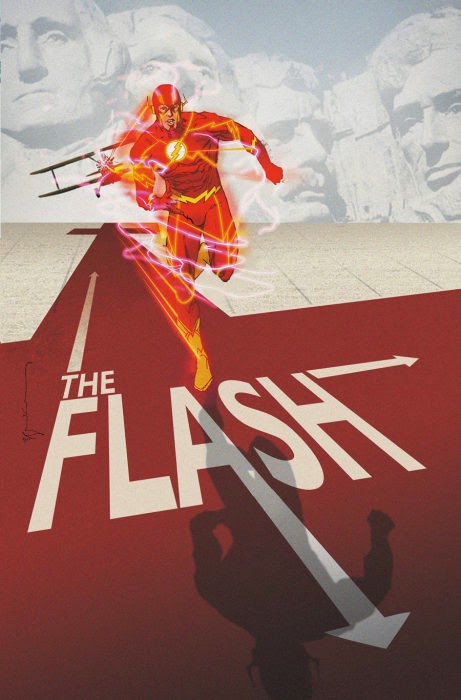 This was a tough choice since this month DC featured movie
poster variant covers that were often spot on. I decided to keep it to one
choice. This cover is spot on with the movie poster of North by Northwest. The Flash is incorporated perfectly on the
cover. Even his shadow mimics the original cover. The attention to detail is
great but there’s not too much detail so that it becomes a cramped cover.
Instead, it feels like this cover has a lot of open space to enjoy.
Some honorable mentions of other DC Comics movie posters include
Action Comics #40 (a Bill and Ted’s Excellent Adventure parody),
Aquaman #40 (a Free Willy parody), Sinestro (a
Westworld parody)… and Justice League #40 (a Magic Mike parody) because it makes me laugh so hard. 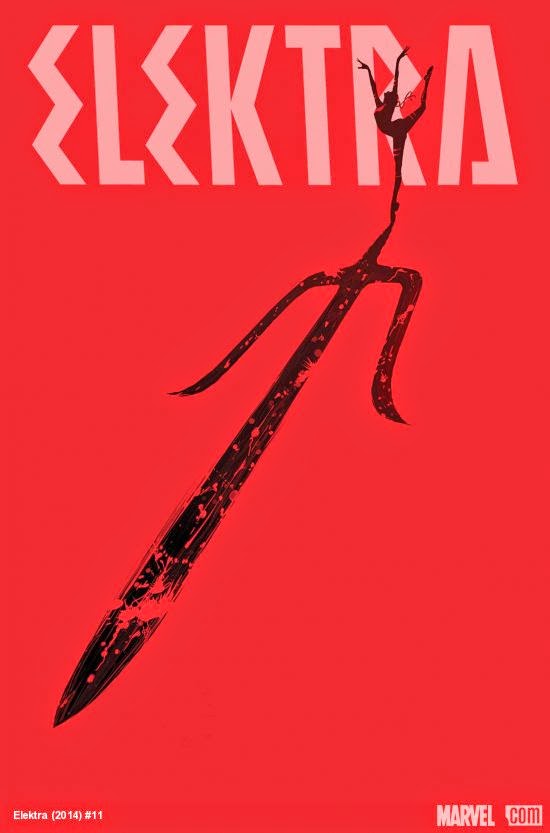 This cover
knows how to use the “less is more” principle to the fullest. I love how
Elektra’s shadow is her scythe. It really reflects her as a character and is
beautiful to boot! The use of the color red is also a great reference to not
only Elektra’s costume but blood which is also spattered on her shadow.

Reader’s
Picks
Elvis Dutan (@the_snickman): “Forever People #9—The long
awaited return of the Source Wall… and that cover because it is just a pure
unabashed representation of a Fourth World concept with no cynicism/irony.”
Worst
5. Batman
Eternal #48 (Cliff Chiang) 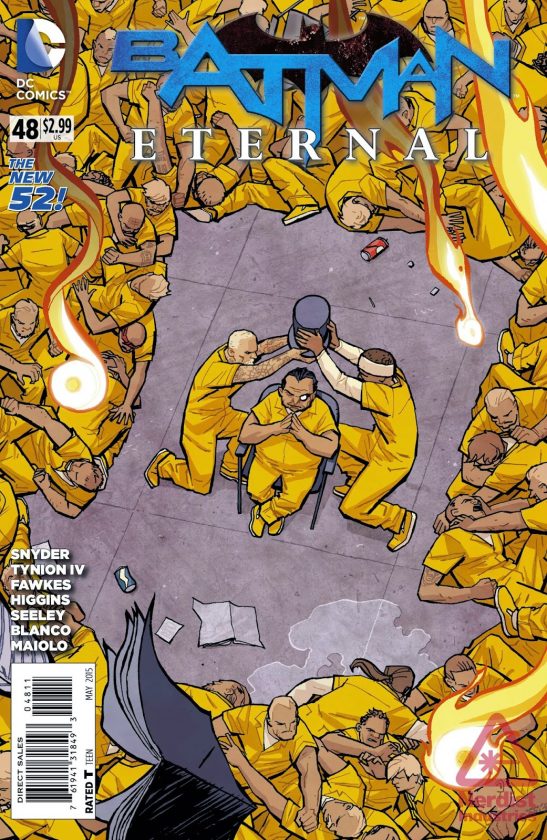 This cover lacks detail. The yellow jump suits are all
jumbled together and I wouldn’t even be able to recognize Penguin was in the
middle of it all without his customary top hat and monocle.
4.
Phantom Squad #1 (Luke Stone) 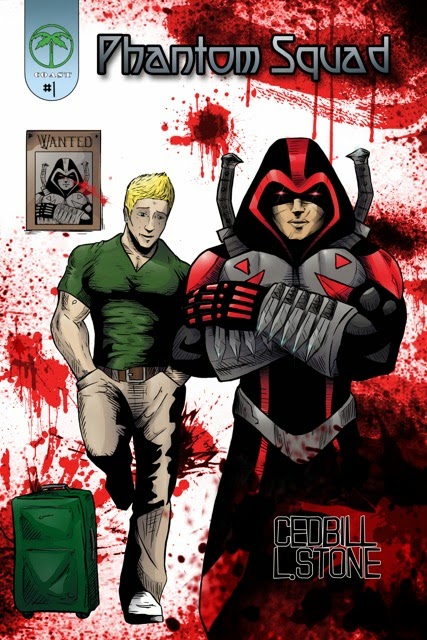 The real phantom in this picture is what’s holding that
sign up. The figures in the image are alright but the white background feels lazy.
3. Orbit:
Ozzy Osbourne #1 (Stefano Caselli, Jayfri Hashim) 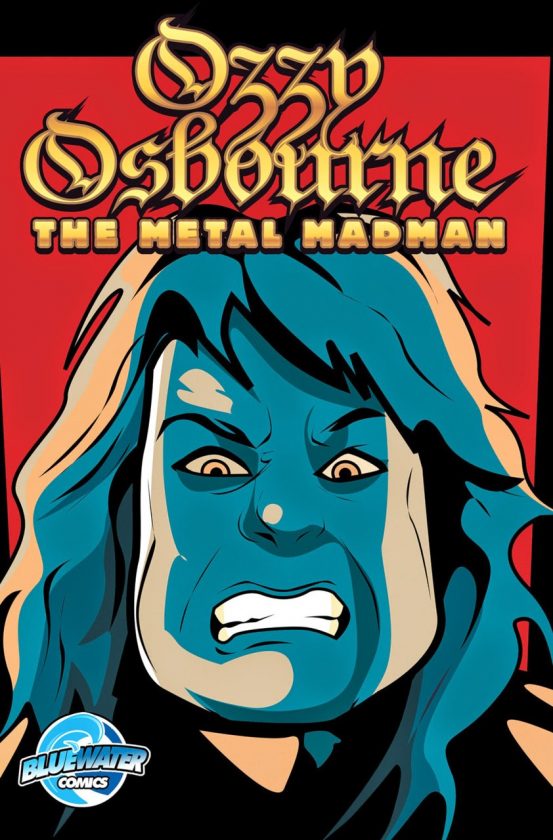 The disgust on Ozzy’s face and the odd mixture of colors
makes this cover very unappealing.
2.
Yani #3 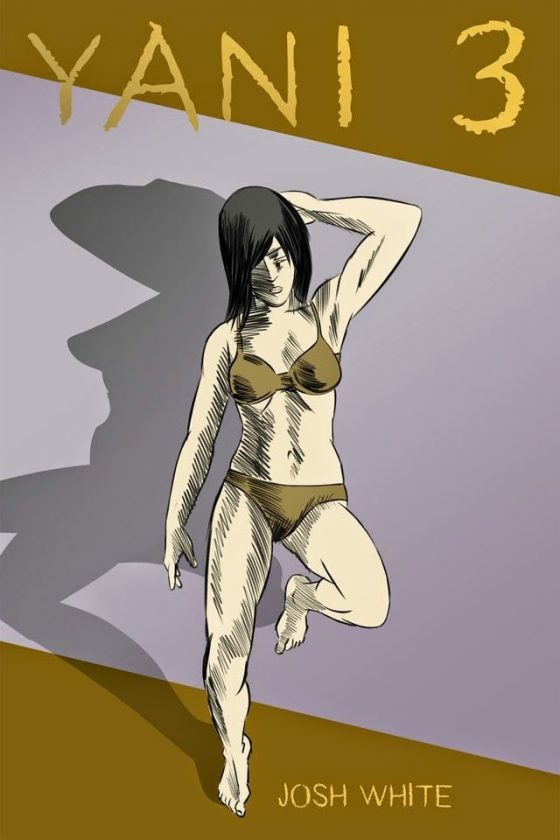 The woman in the cover is pictured in what looks like a failed attempt at a yoga pose. The shadowing goes overboard
and covers the entire left side of her body to the point where the woman’s left eye is completely gone. The background is also very basic with muted and boring colors.
1.
Shades
#1 (Fred Garber) 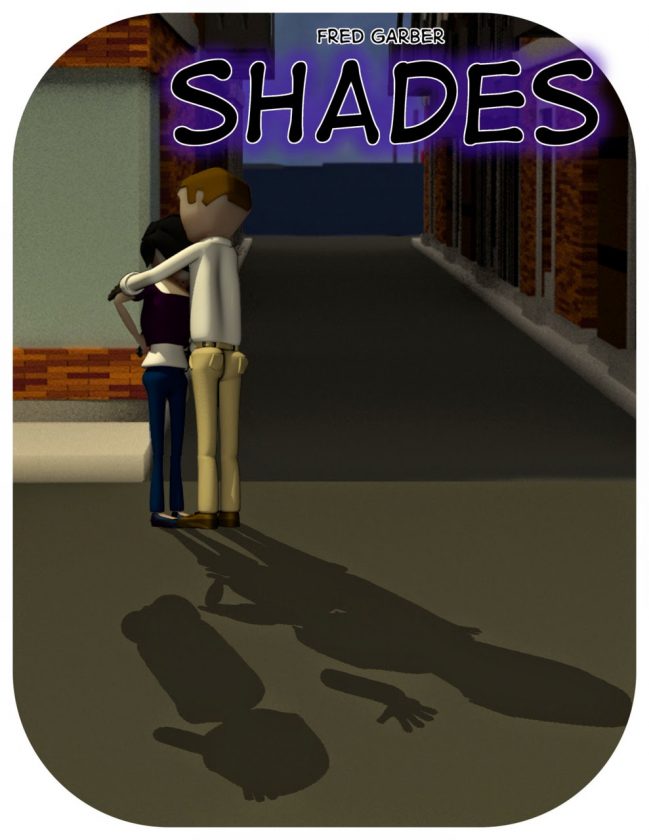 The figures in this cover look like claymation and look rather
awkward. What’s really done poorly are their shadows. The woman’s shadow is
apparently a quadriplegic and a joint in the man’s arm is missing.
You may have missed March, but if you comment below or send
suggestions to comicmaven.com then your
pick for the best and/or worst comic book cover of April 2015 and your
reasoning could be mentioned in next month’s list! Also let me know what you thought of this month’s list. Agree with the best? Disagree with the worst? Let me know in the comments below.
Related Articles:
Best/Worst Comic Book Covers January 2015
Best/Worst Comic Book Covers February 2015