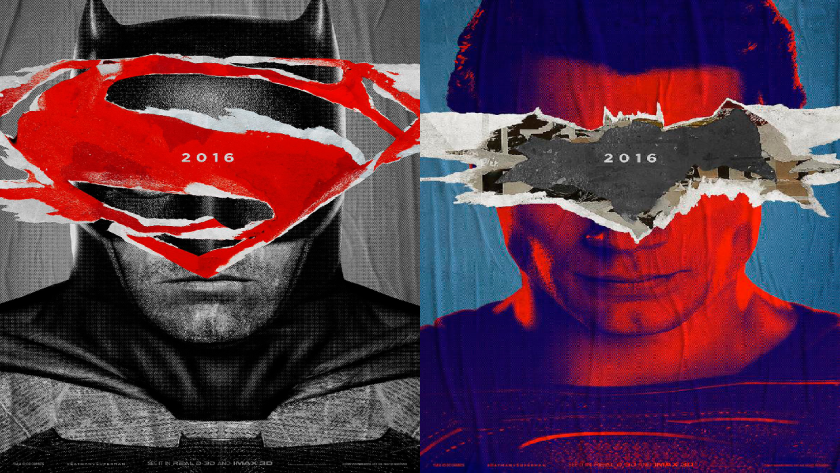 As most of you know WB originally planned on releasing the first teaser trailer for the movie today online and showing it a day earlier for a few people at IMAX theaters across the country. Unfortunately those plans were foiled by leaked footage online that showed the trailer in its entirety, or did it?

I was one of the lucky ones that attended this event and while it was a little disappointing that it was the same trailer the atmosphere was incredible. I arrived a good two hours early for this event and there was already a decent sized line to get into the theater. Once the event started there were some pre-recorded clips from Zack Snyder to introduce the trailer, which was the same exact trailer plus a few extra seconds of footage no one was anticipating.

The extra scene was Superman looking one way and getting serious and taking flight straight towards the camera, breaking what was left of a wall, and then you see Batman from the other side of the room charging at superman and right before they collide the title appears on the screen. The crowd went nuts!!! People were chanting one more time when Snyder appeared again and said we would watch it again.

Personally the event was great and the extra five seconds was worth that trip to the theater, but that wasn’t all. On the way into the theater you got to fill out your email address so that way next March Warner Bros. will send out free movie passes to see the full Batman V. Superman: Dawn of Justice a full week before its wide release. They also gave out Batman & Superman promo posters. Overall the event was great, being able to see the trailer the way a trailer is meant to be scene is priceless and just reaffirms the hype train of this movie. March 2016 can not get here fast enough. 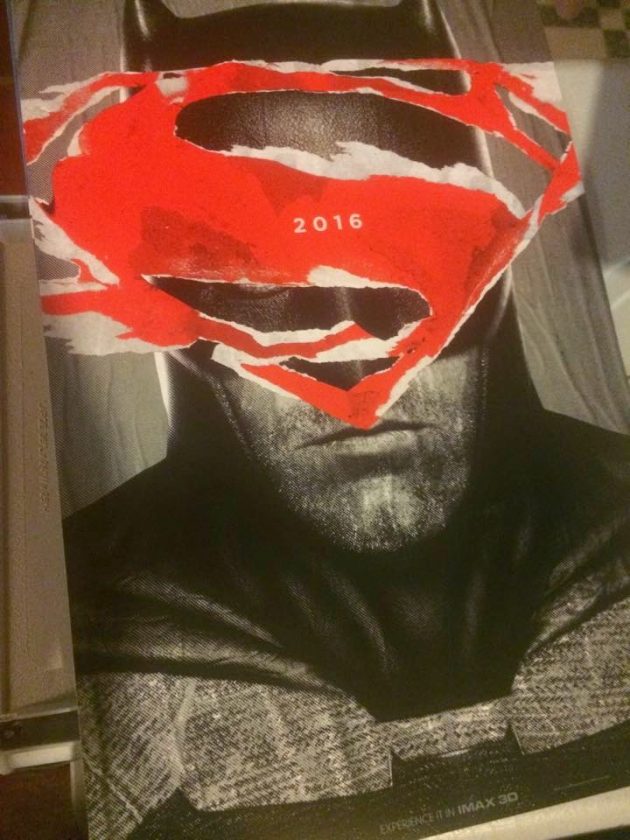 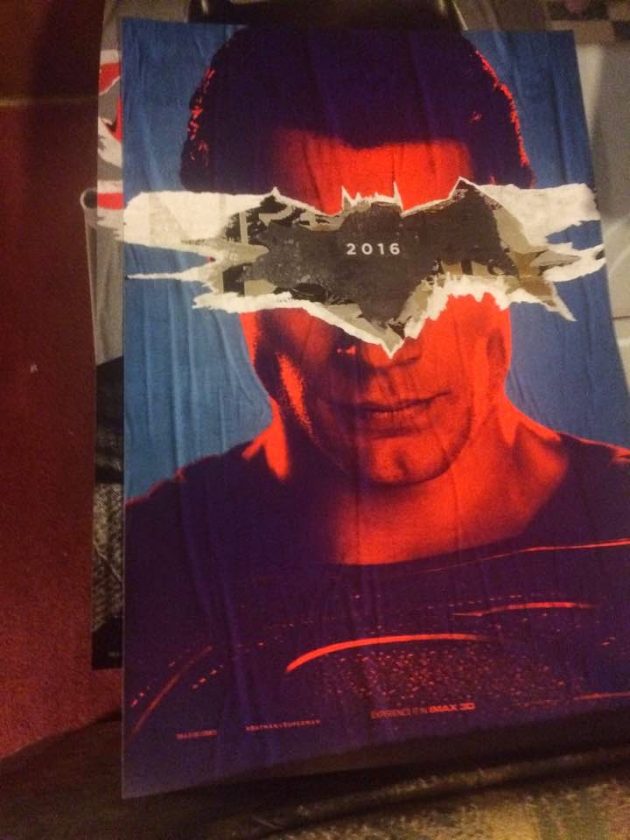 Batman V Superman: Dawn of Justice is scheduled for a March 25, 2016 release. Directed by Zack Snyder, with Ben Affleck as Batman, Henry Cavill as Superman, Gal Gadot as Wonder Woman, Jason Mamoa as Aquaman, Ray Fisher as Cyborg and Ezra Miller as The Flash, Jesse Eisenberg as Lex Luthor, and Jeremy Irons as Alfred, with Amy Adams, Laurence Fishburne and Diane Lane reprising their roles from Man Of Steel.

Let us know in the comments what you think about this teaser trailer for Warner Bros. DC Cinematic Universe Batman v Superman: Dawn of Justice and don’t forget to follow us on Twitter for the lastest Previews, Reviews News and Interviews!