This past weekend I finally made it to New York to see the Marvel’s Avengers S.T.A.T.I.O.N. Exhibition. The S.T.A.T.I.O.N. is a special limited-time only exhibit featuring movie props, videos and interactive activities based around the Avengers movie. Unfortunately, while I was hoping to enjoy this possibly once-in-a-lifetime opportunity, the whole experience left me feeling very disappointed.

First, it’s understandable that not every part of the exhibit would be operational. Many of the interactive experiences are operated by touchscreens and other forms of technology and there are thousands of people visiting the exhibits each day. Each part of the exhibit is bound to be broken at one time or another. The curators were smart enough to have most of the interactive activities at multiple stations. Still, many of these were offline, a major bummer since I don’t plan on spending $30 on a ticket anytime soon to visit again.

The attractions that were working during my visit ranged from somewhat interesting to dull. It was neat to see some of the costumes and props—which I’m guessing was the only reason photography was not allowed in the exhibition since that gives away a good chunk of one of the reasons to go—such as Thor’s outfit and Captain America playing cards (is it messed up that I kind of wanted to see traces of Coulson’s blood on them?). 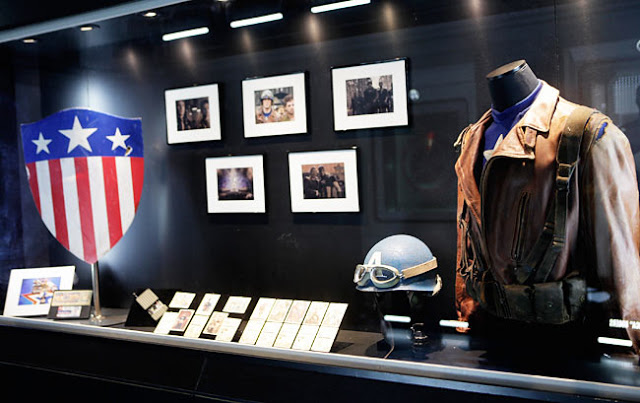 Some of the better interactive experiences include a sensor that would digitally show you suiting up in the Iron Man suit and flying around. This would have been cool to do and the line actually wasn’t that long (something I’ve heard is a rarity), but the downside is the screen where you show up is also shown to the entire waiting line, something which was enough to make someone as shy as me opt out of the experience. My favorite interactive experience was holding my hand over a sensor which controlled Iron Man’s arm. However, since there are a lot of kids around I wouldn’t recommend flipping the bird with Iron Man’s hand no matter how much you wanted to…

The rest of the attractions were usually too science-based for my taste. The closest to interesting that they got was a picture of Bruce Banner’s brain and then the irradiated brain of the Hulk. Both detailed the various hemispheres in the brain. This and many other attractions in the exhibit do present a problem, however. Many young children may like to see the props but if they want to have any idea what anything says, a parent may have to read it to them. Also, I doubt a child will have an interest in text that’s trying to teach them science—I’m an adult (though I use that term loosely) and even I was bored by most of the science-related material.

All the videos you’ll see in the exhibit are ripped straight from the Avengers movie, usually with no sound from the original film. So why would I pay $30 to watch muted movie clips when I could go on Netflix and watch The Avengers over again? It would have benefitted the exhibit if they had video clips with the superhero team in question that could only be seen at the exhibition. The closest we get are short videos of S.H.I.E.L.D. agents whose names you will probably forget by the end of the trip. 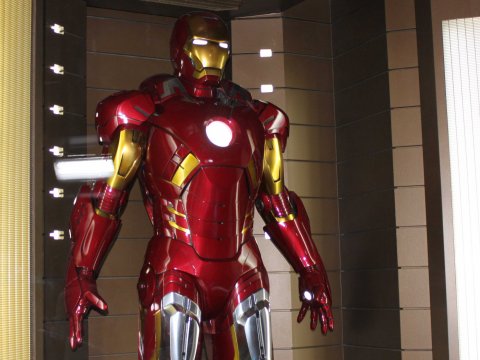 The exhibit does try to weave in a “story” for you. You are a S.H.I.E.L.D. agent. You even get a nifty S.H.I.E.L.D. agent card right before you begin the exhibit. I feel like this is a missed opportunity. It might be corny, but I was hoping when they introduced the subject that we would get our own storyline. For instance, the Spider-Man ride at Universal states that you are a tourist visiting New York who runs into Spider-Man and is then kidnapped by several of his enemies. I thought the exhibit could have taken it in this direction—you enter an area that’s taken over by Loki or some other big bad and a cut scene shows the Avengers helping you out. This could have made the exhibit a much more exciting experience.

As it stands, I was very disappointed with this exhibit. My friends who had previously went, however, had been stoked about it and still like to talk about it, so if some of the exhibits intrigue you enough and the $30 a ticket price (and the rest of the prices in New York) aren’t enough to scare you off, you could always give it a try. It is cool to be able to say I had this experience and I plan on keeping my S.H.I.E.L.D. agent card handy just in case… but it’s an experience I could have lived without. Personally I wouldn’t bother, but if you’re dead-set on it, just avoid high expectations. The exhibit if located on 226 W 44th St, New York, NY.