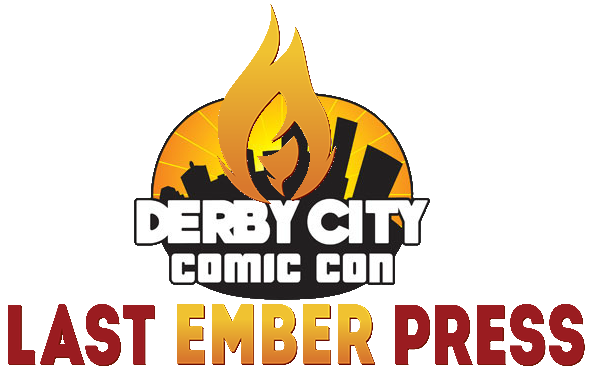 A new face to the comic publishing world, Last Ember Press (LEP) sets out to debut their first two titles, FIRESIDE TALES #1 and PNEUMATIC CASES #1 at Derby City Comic Con on June 20-21st, 2015! The company officially launches at the Louisville, KY convention, having the first copies of both titles on hand at table #D15.

“Derby City Comic Con is a sort of homecoming for me. Having moved from Kentucky to Texas nearly a year ago, it’s fulfilling for me to have our official debut so close to where I was raised. It seemed like the perfect opportunity to introduce the world to what we have to offer.” 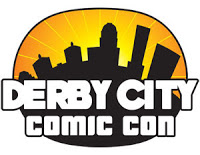 Below is the lettered preview of one of the first titles FIRESIDE TALES #1, which will be on sale on Last Ember Press soon following Derby City Comic Con. Stay tuned to the website and LEP’s Facebook page for updates and more information. Also check out Comic Frontline for the preview for the first title PNEUMATIC CASES #1

Char-Mageddon
When some bad guys come to town to rob a bank, they are introduced to the town’s protector and their worst nightmare – a 9-year old girl with super powers! Char-Mageddon is here to save the day! And after it’s all said and done, she gets a bedtime story featuring…

EEK! Li’l Monsters
Think of all your favorite classic monsters; your Frankenstein, Dracula, Werewolf… now think of them as kids living in a house together! That’s what EEK! Li’l Monsters is all about.  In this first story, Boo is looking for a place to live and meets Frankie, Chaney, Gilly, Vlad and the rest. After figuring out whether this new house is a good fit, the group settles in to watch their favorite cartoon…

Tin Town
In a world full of little communities, where do the robots go? They go to Tin Town! And one such family of robots has taken in a human baby as their own and tries to pass him off as a robot. What happens when inspectors come and discover the baby?
You can expect this kind of fun and adventure in every issue of Fireside Tales!
FIRESIDE TALES #1
Char-Mageddon and EEK! Li’l Monsters Created/Written By: John Wilson
Char-Mageddon Pencils By: Rudi Sucipto
Char-Mageddon Inks By: Tash Grason
Char-Mageddon Colors By: Lisa Moore
EEK! Li’l Monsters Art By: Emily Resinger
Tin Town Created By: Brant Fowler & John Wilson
Tin Town Written By: Brant Fowler
Tin Town Art By: Jenny Polden
Cover By: Emily Resinger
Letters/Logo By: Brant Fowler
Published By: Last Ember Press
Price: $4.00
24 pages, All Ages
Available June 20, 2015!
Related Links:

About Last Ember Press
Last Ember Press is an independent comic studio founded by Lisa Moore, Brant Fowler, and John Wilson. Our mission is to tell stories in new ways from the unique perspective of seasoned (you know, salt, pepper, paprika) comic creators exploring the essence of the independent palate (sweet, sour, umami?). We strive to turn the old notions and concepts behind comics on their ear (blazing trails and all that – get it, “blazing,” “ember”…) and make books that are both familiar and innovative all at the same time. We hope you’ll join us on this crazy ride and we promise to only crash every other Thursday or when the squirrels come out (squirrel stew, anyone?).

About Derby City Comic Con
Over 4700 comic book fans turned out for the fourth annual Derby City Comic Con in 2014. It was our very first two day convention and we’re growing once again in 2015! This year we’re moving to a new hall (2D) within the Kentucky International Convention Center. This move will grow our show floor by over a third compared to the 2014 show. We’re moving from 45,000 square feet of convention space to 68,000 square feet! Our new and LARGER show will take place on June 20th and 21st, 2015 as Derby City Comic Con returns to the Kentucky International Convention Center. Additionally, a full convention celebration is being planned for the evening of June 20th!

Derby City Comic Con will take place Saturday, June 20th and Sunday, June 21st 2014 at the Kentucky International Convention Center in downtown Louisville. The convention will be open starting at 10:00 am and close at 5:00 pm on Saturday. It will run 11 AM to 5 PM on Sunday. .