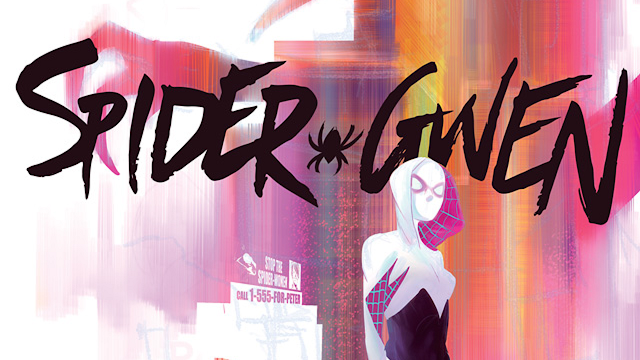 SPIDER-GWEN #1 Swings Back Into Action This Fall!

She’s back! The character that took the world by storm, launched thousands of cosplays, fan art, music and more is swinging back into comics this fall for SPIDER-GWEN #1 – a brand-new ongoing series! The red-hot creative team of Jason Latour, Robbi Rodriguez and Rico Renzi return to chronicle the adventures of Marvel’s breakout sensation! 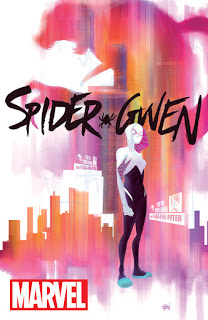 “This book has defied all expectations, mine included, and has continued to thrive and grow. I can’t tell you how precious of an experience that makes it. Re-launching and being put out there on the front lines as a tent pole kind of title really is a tremendous opportunity to open our doors to everyone again.”

Now is your chance to jump in, with a clean entry point into the character that has the world buzzing! Plus – the answers you’ve all been waiting for! The secret history of Gwen Stacy and Peter Parker finally revealed! Someone out there has recreated Peter Parker’s Lizard formula. The same formula that ultimately cost him his life and branded Gwen a fugitive. And she won’t let it happen again! But with NYPD Captain Frank Castle and the Kingpin of Crime Matt Murdock both on her tail, that’ll prove easier said than done. Who could be behind all of this? The answers will shock you!

“We’ll also finally meet Norman and Harry Osborn. That seems like it could be pretty significant, huh?”

The epic next chapter of Gwen Stacy’s life is about to begin. And you won’t want to miss the bombastic debut as she swings into comic shops once more this fall in SPIDER-GWEN #1!