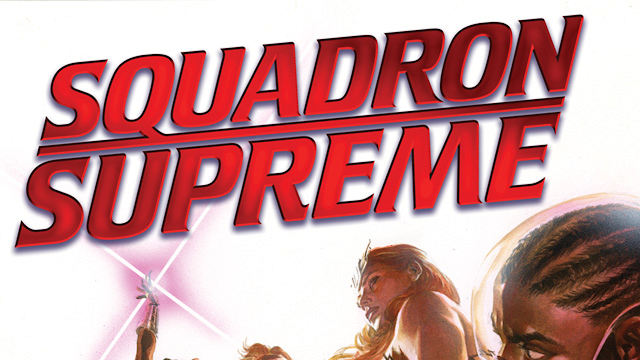 SQUADRON SUPREME #1 – Protecting The Marvel Universe By Any Means Necessary!

They’re each the sole survivor of a lost Earth. Now, they’ll do anything to protect this one, whether you like it or not! But is the Marvel Universe ready for this new team of titans? Today, Marvel announced SQUADRON SUPREME #1 – a brand-new ongoing series from Eisner Award-Winning Writer James Robinson (Fantastic Four, Starman), critically acclaimed artist Leonard Kirk (Fantastic Four) and covers by legendary painter Alex Ross! 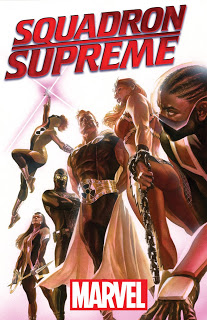 Hyperion (Avengers), Nighthawk (Supreme Power), Dr. Spectrum (The Great Society), Blur (DP7) and Warrior Woman (Squadron Sinister) don’t care what the rules are, and they’re not out to ask for permission. Each hailing from different universes, their Earths were all destroyed. But there is no time to grieve for the loss of their homes – because they’re out to make sure it never happens again! All that matters is the safety of our Earth, and if you stand in the way – they’re going right through you!

Their first target? Namor! Responsible for the destruction of Dr. Spectrum’s reality, it’s time Namor paid for his crimes. But at what cost to the people of Atlantis?

“They’re willing to do a lot of things that turn people off. They can seem a little cold blooded and ruthless but their idea is ‘we have a planet to save’. And if that means we have to sacrifice a few people to do it, we will. So they’re definitely at the darker end of the heroic spectrum.”

This Fall, the Marvel Universe has new protectors. You may not like their methods. You may not like that they cross the line. But the Squadron gets results. And if you try to get in their way, you’re going down! Don’t miss their epic debut this fall in SQUADRON SUPREME #1!