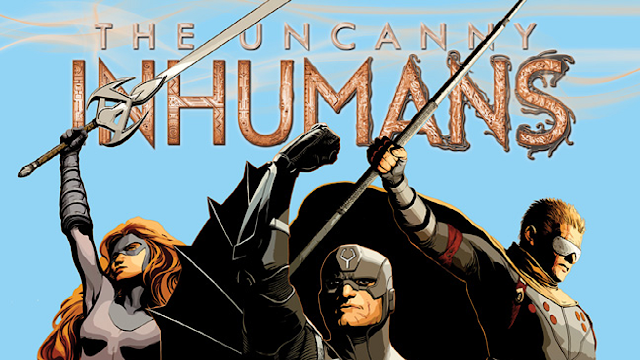 The Silence is Broken in UNCANNY INHUMANS #1!

They walk among you, and this Fall – they are blasting to the forefront of the Marvel Universe like never before! You thought you knew the Inhumans? Think again! Prepare for a new beginning this fall as Charles Soule and Steve McNiven, the team that brought you the blockbuster Death of Wolverine introduce you to the UNCANNY INHUMANS! Medusa! Black Bolt! Triton! Reader! Human Torch?! Beast?! 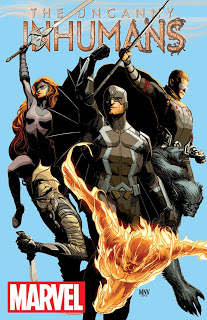 Eight months have passed. From her throne on New Attilan, Queen Medusa and her new paramour Johnny Storm seek to bolster Human and Inhuman relations with the world’s eyes upon them. Yet in the shadows, the Midnight King has other plans. Black Bolt now runs covert operations in service of a larger, more mysterious goal. What is he up to? Meanwhile, what could have happened between Inhumans and Mutants to make Beast join up with the Inhumans? Did we mention Kang the Conqueror, the most dangerous villain throughout Marvel’s history seeks to exploit the Inhumans for his own gain?

“Many things have changed in the Marvel Universe for the Inhumans in the eight months since the end of Secret Wars. Something happened- something gigantic. Something that will affect Inhumans and Mutants alike. The brilliant X-Man Beast, aka Hank McCoy, is now living in the Inhuman citadel of New Attilan, working directly with Queen Medusa and the other Inhumans.”

What happened? Better pick up UNCANNNY INHUMANS and keep your eyes peeled for future announcements! A new day is dawning for the Inhumans. But will they survive to see tomorrow? Find out as they are thrust into the spotlight like never before this fall in UNCANNY INHUMANS #1!