Skip to content
By: Nicole D’Andria
Did you hear the one about the college student who wanted to get her textbook banned? I wish there was a punch line, but this is true. I generally don’t support book banning; it reminds me too much of the stories about the Nazis burning books. But the fact that this story is about an English class, which used four graphic novels as its text books, and an English major who is advocating the banning of books, well, that just blows my mind.

College students usually don’t enjoy required readings for their courses, but Tara Shultz has taken the concept to a whole new level. She objected to her English 250: Fiction course’s four graphic novel readings: Persepolis, Fun Home, Y: The Last Man Volume 1 and The Sandman Volume 2: The Doll’s House which she and her parents called “garbage” and “pornography.”

Schultz and her parents spoke in-depth about her issue with the inclusion of these graphic novels in the course with Redlands Daily Facts. She knew the class would include graphic novels but said: “I expected Batman and Robin, not pornography.” This is the classic response that I have heard from many of my friends who are not fans of comics and think they’re all just superhero stories. However comics, just like any other medium, have a wide variety of genres. Schultz is also using trigger words such as “pornography” to her advantage. She says it like it’s a fact but this is her personal judgement of the text. By saying she is against “pornography” Schultz is bettering her argument, avoiding saying what she’s really against: graphic novels that don’t have superheroes and instead deal with more mature topics. 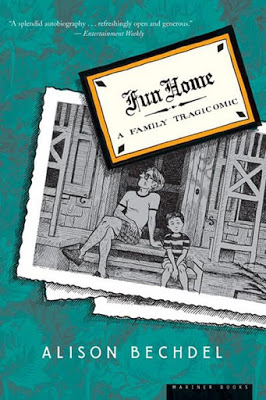 Schultz made it clear that she didn’t just want the course to have a disclaimer warning about the graphic material (despite the fact that a syllabus describing the material was provided at the beginning of the semester so she could have withdrawn from the course and taken another one). No, she wanted the school to take it a step further. “At most I would like the books eradicated from the system,” Shultz said. “I don’t want them taught anymore. I don’t want anyone else to have to read this garbage.”

Now, Schultz has every right to view these graphic narratives as “pornography” and “garbage.” We have freedom of expression. However, that same freedom of expression that lets her say all those things is also the same reason I don’t believe those graphic novels should be removed. If Schultz doesn’t want to read these books, she should not be forced to, and she isn’t—and no, I’m not just talking about the fact that some college students don’t read their textbooks. I’m talking about the fact that, according to CBLDF, there were fourteen other courses that counted for the same requirement as English 250 which Schultz could have taken instead.

I’ve never really understood why there are some people who believe if a certain piece of literature offends them, no one should ever read it. People have a right to choose what they will and will not read—I’m not recommending Avengers #200 to anyone, I’m certainly not going to stop them from wasting their time on it. 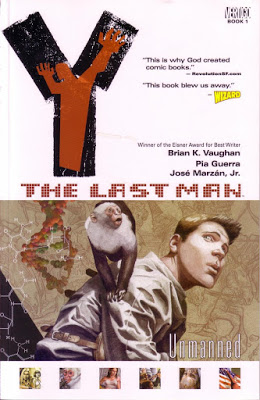 Schultz is promoting censorship. She apparently doesn’t believe college students can handle these works. What’s baffling to me is the fact that Shultz is going for an Associate of Arts degree in English. So many of the books I’ve been required to read for high school and college in an English class have had obscenities, sex and violence in them. Take classic works like A Handmaid’s Tale and Lolita. The first book is about women being impregnated like cattle and the second is narrated by a pedophile.

What’s even more confusing is her father stated that “We haven’t gotten into the issue of these books being sold in the bookstore and there are under-aged kids here at this campus.” Books are books, and are available to all. Again, we have freedom of expression. I wouldn’t recommend you give an eight-year-old The Sandman to read—or Crime and Punishment for that matter—but an 18-year-old college student is much more developed and capable of handling such material. 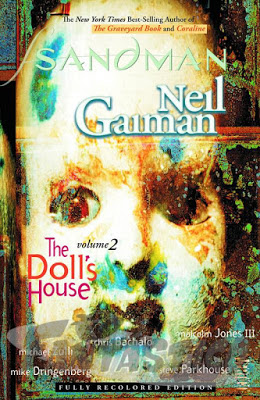 Because of Schultz’s actions, Crafton Hills is “warning” college students about the English 250’s graphic content. They have every right to do that, however if things were to be truly equal, why aren’t they including this label on every English class? And I don’t know about you, but I think a lot of college students will jump at the chance to read graphic content—especially if it has obscenities, violence and sex. Plus, if Schultz did manage to successfully ban these books, what’s to stop another college student from saying they didn’t like how Oedipus slept with his mother and gouged his eyes out so it should be banned? Or didn’t enjoy the animal abuse in Moby Dick?

But what do you think? Should these comic books be banned? Should students be warned about them? Let me know in the comments below.