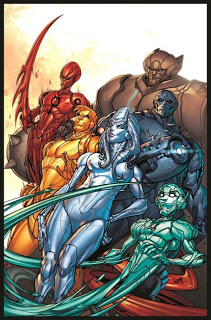 In June after their two month Convergence event DC launched
in a new direction with DC You. This initiative launched a series of new
titles, and mini-series along with their best selling titles to bring more
diversity in their line and offering a story just for you! In early 2016 DC plans
to launch their next wave to test the waters with 8 new 6-issue mini-series
that will reintroduce old favorites back into the DCU with help from their
original creators while also giving other writers a shot at characters that
haven’t been seen for a while.

“By bringing them on to their
own special limited series, we’re really spotlighting what’s so fantastic about
these characters.”

“These comic books are born out of DC’s continuing push to
diversify their line, and readers will also see a lot of this feeding into that
core sensibility of superhero storytelling.”

– Dan DiDio, DC Co-Publisher
DC went back to the beginnings
with Swamp Thing, Raven, Firestorm and Katana: Cult of The Kobra by bringing
back their creators to write them, while at the same time bringing new voices
to other titles like Metal Men, Poison Ivy: Cycle of Life and Death, Metamorpho
and Sugar & Spike. 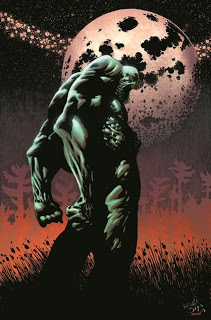 Len Wein who co-created Swamp
Thing with artist Berni Wrightson in 1971 will return to the character. Wein
will reintroduce the character following the end of his recent ongoing series
earlier this year. Wein will also be writing the much asked for Metal Men.
Marv Wolfman along with artist
George Perez defined the ‘80’s teen world in the pages of The New Teen Titans.
Now Wolfman will be returning to write a character that he co-created in 1980
for that series, Raven. Wolfman sees this as an opportunity to reintroduce the
heroine to an entire new generation of readers.

“When I go to comic
conventions it thrills me to see all the young fans cosplaying as Raven from
the Teen Titans GO! cartoon show. Because so many comic fans are boys, it’s
wonderful that there’s something about her that connects with both girls and
boys.” 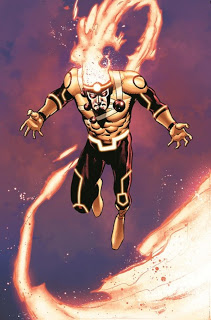 Gerry Conway returns to the
Nuclear Man himself in Firestorm. Firestorm was co-created by Conway and artist Al
Milgrom in 1978 and has recently made enjoyed renewed popularity when he made the
jump to live-action in  The CW  hit show The Flash. 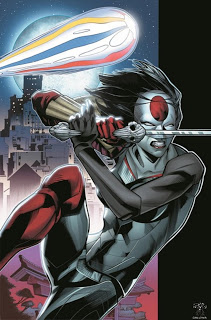 Rounding out the Founding Fathers
is Mike W. Barr who along with artist Jim Aparo co-created Katana in 1983. Katana
like Firestorm has recently been put into the spotlight with her being featured in the short-lived animated series Beware The Batman where she was Batman’s
partner, and in live action in Season 3 of Arrow. Barr will sharpen his blade
with Katana: Cult of The Kobra.

“Their task was to freshen up and contemporize.
We want the best writers working on our characters, and these are the best
writers for these characters.” 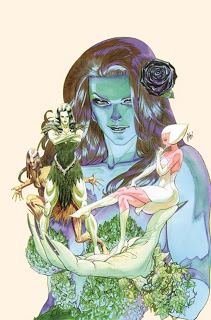 The remaining three titles will
feature new voices int the DC You choir adding different aspects to the DCU. First
up is Poison Ivy: Cycle of Life and Death, which will be written by Amy Chu
(Sensation Comics: Wonder Woman) The writer admits that her taking on a larger role in the DCU has a personal connection to her.

“My grandfather was a doctor in Hong Kong back in the ’50s, and apparently he was a huge DC fan. For years, he would have comics shipped to his office from the U.S. So for me to be writing comics today, and especially DC Comics, is some kind of crazy karma.”

“Poison Ivy is a fascinatingly
complicated character with an incredible fan base. We know her, but we don’t
really know her. There’s so much opportunity to build her world without the
burden of continuity. And let’s face it, writing villains is more fun.”

“Poison Ivy: Cycle of Life and
Death takes the Batman villainess in a really new direction, and it’s a fun
twist on her character and where she’s going to go.” 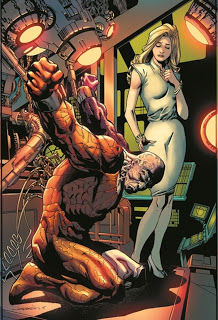 Next up is  Metamorpho who was created in 1965 by Bob Haney
and Ramona Fradon. The character will make his return to the DCU by Aaron
Lopresti (The New 52: Future’s End). Lopresti will bring Metamorpho back in a
big way in a self-titled mini-series. 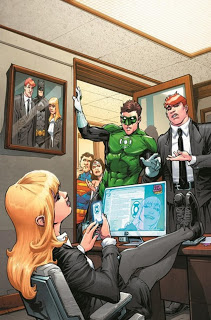 The last of the new mini-series
will go back to the 1950’s and ‘60’s with Sugar and Spike by Keith Giffen. DC
was “very cautious” about reintroducing Sugar Plumm and Cecil “Spike”
Wilson into the pantheon. Sugar and Spike will take the Sheldon Mayer popular
comic book toddlers and put a grownup twist on them.

“They’re not spoiled kids
anymore, but they’re older and they’re operating as private investigators
handling problems and mysteries that the superheroes can’t handle
themselves.”

“This is about character but
there is a complete story in every one of those miniseries. It has a beginning,
middle and end, and something that affects the course of that character that we
would be able to launch and take further if things are successful.” 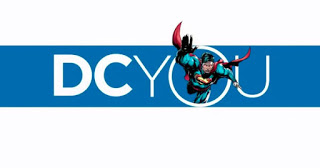