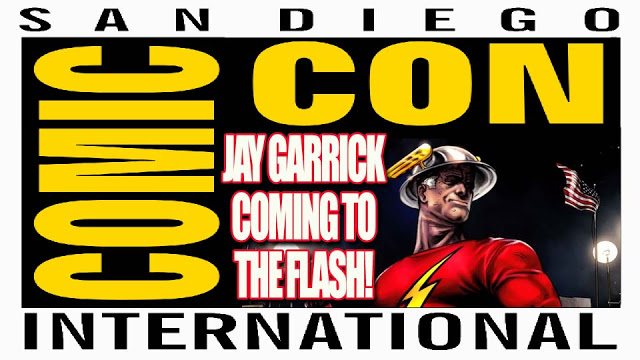 Ever since the images of the 1st season finale of  The CW  hit show The Flash where we saw Jay Garrick, the Golden Age Flash’s helmet the fans have been buzzing on when he will show up.The executive producers of The Flash have already confirmed that we will be seeing more of the Multiverse in the second season. At yesterday’s DC Entertainment: From Page to Screen Panel, at Comic-Con International: San Diego 2015 executive producer Geoff Johns confirmed that it wasn’t just a cute Easter egg.

Barry Allen first met Jay Garrick in the comics back in the classic and history making The Flash #123 in 1961 in a story titled The Flash of Two Worlds. In the story Barry Allen met his childhood hero from the comics that he read as a child and inspired him to become The Flash when he got his powers. They discovered that they populated parallel Earths, Earth-1 and Earth-2, respectively, and introduced the Multiverse to the DC Universe. Jay would go on to play a big role in not just Barry’s life but other Flash’s lives by being a mentor to Wally West after Barry sacrificed his life in Crisis on Infinite Earths, and to Barry’s grandson Bart Allen.

This will mark the character’s first appearance on a live-action show, but he has been referenced in the original Flash TV series with Barry’s brother being named Jay, then on Smallville one of Bart’s ID’s was for Jay Garrick, and in later seasons we saw a painting of the Justice Society of America with the Flash. Check back on Comic Frontline for more news on The Flash and its casting of Jay Garrick, as we learn it.

Following the defeat of Barry Allen’s arch-nemesis Eobard Thawne (Reverse Flash), Team Flash quickly turned their attention to the singularity swirling high above Central City, which fans last saw consuming everything in its path. Armed with the heart of a hero and the ability to move at super speeds, Barry charged into the eye of the singularity, but will he actually be able to save his city from impending doom? The Flash will premiere its second season on Tuesday, October 6 and 8 PM EST. 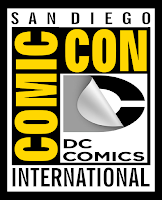 Let us know in the comments and on Comic Frontline what you think of this Comic-Con International: San Diego News and don’t forget to follow us on Twitter for the latest Previews, Reviews, News and Interviews
All images are courtesy of DC Entertainment