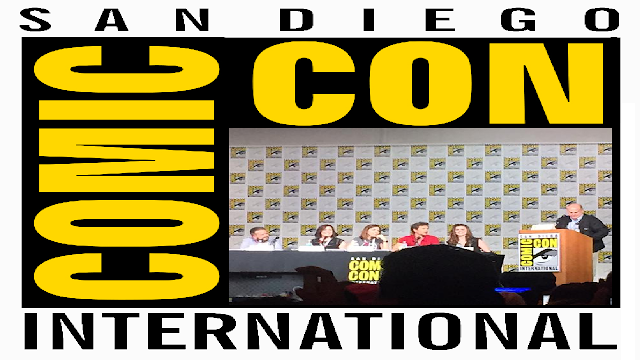 Marvel’s Head of Television, Jeph Loeb moderates the panel and brings you exclusive news and surprises about your favorite action-packed Marvel series on ABC. Jeph Loeb is joined by, showrunners and the cast of Marvel’s Agent  Carter. for this can’t-miss panel right from Ballroom 20!

The Agent Carter. portion of the panel kicks off with Marvel’s Head of Television Jeph Loeb took the stage in a signature Agent Carter red hat! Hayley Atwell sneaked up on Jeph to take her hat back and ran backstage. Jeph Loeb asked if there were any Agent Carter fans in attendance and the crowd went wild! Jeph Loeb demanded the whole ballroom say hello to the cast and crew before bringing them out. They showed Season 1 Highlights then just when Jeph Loeb was about to show us a clip of all the fun had in Season 1 of Marvel’s Agent Carter Executive Producers Tara Butters, Michele Fazekas, and Chris Dingess took to the stage!


Loeb mentioned the biggest challenge of the first season was finding someone to portray a character who had a long history in comic books, that they looked high and low, and that’s James D’Arcy as Jarvis. This is James’ first time at Comic-Con! Loeb mentioned that while escorting D’Arcy through the back tunnels of the convention center, D’Arcy mentioned that it didn’t feel that crowded.
Hayley Atwell joined D’Arcy, Loeb, and the rest of the panel on stage to thunderous applause! Kevin Feige and Louis D’Esposito couldn’t make the panel because they were busy helping filming Captain America: Civil War.
Fazekes remembered walking through a hotel last year and how easily Hayley could walk through the crowd and reminded Hayley that she’ll never be able to get around so easily again.

Tara mentioned that this is the best job she’s ever had, and Hayley chimed in with, “Me too!” D’Arcy remembered being worried when he read the script and that Jarvis had to cook and that he didn’t have the culinary skills. His apprehension came from his skills with souffle. D’Arcy got quite excited when he found out that Jarvis would accompany Agent Carter on the missions, thinking there’d be doing a lot of fighting.

“Well, Hayley will be doing some fighting…”

Hayley pointed out that the quality of the writing that keeps her coming back to the character from movies to one-shots to TV. She jumped at the chance to do it.. Peggy has taken over her life in many ways, especially her fearlessness. That wild abandonment has changed Hayley’s own life.

Loeb mentioned that when Hayley came in to read the first script, she had tons of questions about the character. The first time she read the script, all she could say was, “She’s amazing!”
D’Arcy mentioned that writing period English dialogue, for two British main characters, the writing team came up with words that he never thought of using.
Hayley answered a question about the choice she made about the season finale involving Steve’s blood and she says she needed that closure. Keeping him alive through the work she did was more important.
Question for Hayley about her favorite line she got to deliver?

“I know my value.” She doesn’t need praise from anyone because she has determination and purpose. People come up to Hayley saying, “I know my value, too!”

D’Arcy wanted to know if he’ll get to meet his wife this season. The crowd is very much in favor of this idea.
4 Peggy Carters in cosplay approach the microphone for the next question. They want to know if there will be historical people or places. Also, any romantic relationships for Carter?
Fazekas wants to incorporate iconic Los Angeles locales that still exist today. No plans for actual historical figures. Peggy has put Steve’s memory to rest and has a few new opportunities.
Jeph thanked the entire panel, and the crowd thanked them as well!
Next: Marvel’s Agents Of S.H.I.E.L.D. Panel 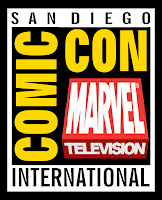