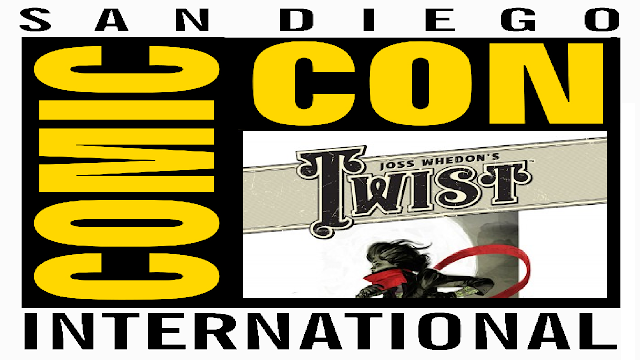 During his Dark Horse Comics spotlight panel at Comic-Con International: San Diego 2015, Joss Whedon the man who brought Marvel’s The Avengers to the screen and created the TV shows Buffy the Vampire Slayer and Firefly announced his latest foray into creator-owned comics with Twist. Whedon described the six-issue series as the answer to “the most personal question that can be put to us, which is, why isn’t there a Victorian, female Batman?” 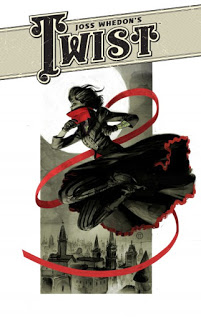 “It’s a Victorian thriller about a meek chambermaid who is fed to a dark horror — but instead of dying, she returns, with knowledge, power, and rage she can neither deny nor control.”

This isn’t Whedon’s first rodeo with comics. He wrote the acclaimed Astonishing X-Men for Marvel Comics in 2004, and has had a relationship with Dark Horse Comics since 2007 when he brought his line of Buffy the Vampire comics to the company. Over the years Whedon has been either a writer or executive producer on the Buffy the Vampire line of comics. Although in recent years Whedon had to step away from comics due to the demands of directing Avengers and launching Marvel’s The Agents of S.H.I.E.L.D.for ABC, which will enter its third season this fall. Whedon has said in many recent interviews that he’s no longer working for Marvel Studios, so now he has time to pursue his new, original projects.

While the deal for Twist just came together, Whedon has been idea he had for quite awhile. The comic — which will launch as a six-issue mini-series — doesn’t yet have a release date. It doesn’t have an artist yet, either, but it will soon. Julian Totino Tedesco drew the image you see here, but he isn’t expected to draw the series. Nate Piekos of Blambot created the logo. Stay tuned to Comic Frontline for more details as they become available. 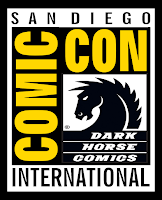 Let us know in the comments here what you think of this Comic-Con International: San Diego 2015 News and don’t forget to follow us on Twitter for the latest Previews, Reviews, News and Interviews
All images are courtesy of Dark Horse Comics