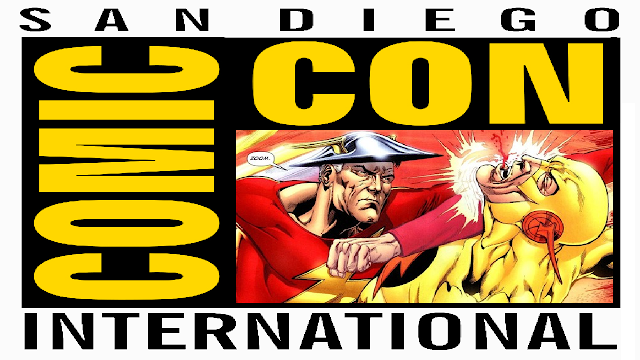 DC Entertainment and Warner Bros. Television have been dominating the small screen with hit shows like The Flash, Arrow, and Gotham they have cornered the market for live-action super heroics in our living rooms and with those shows returning and the additions of DC Legends of Tomorrow and Supergirl joining them DC Entertainment and Warner Bros. Television reign has no end in sight. Saturday night they took over Hall H for the  Warner Bros. Television and DC Entertainment Screening Block panel, a three-hour event at Comic-Con International: San Diego 2015; featuring both screening of new footage and cast Q&As.
The Flash panel focused on a season one recap,
along with plenty of hints for whats to come for season two — including a voiceover stating,
“My name is Jay Garrick, and your world is in trouble,” and ending
with the text “Zoom is coming.” 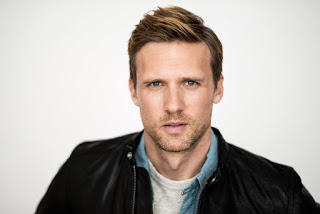 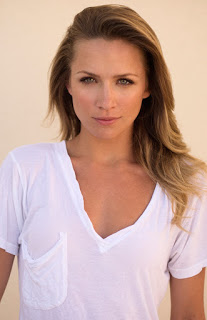 “Our ‘Big Bad’ this season is going to be Zoom,”
Kreisberg said. “He’s going to be faster than the Reverse-Flash, faster
than the Flash, and it’s going to be very hard to catch him.” Kreisberg
confirmed that Teddy Sears will play Jay Garrick in The Flash season two, and Shantel VanSanten will play Patty Spivot. Also coming to The Flash season two: Wally West, though no casting was announced.
While not named beyond Zoom, the character is
likely Hunter Zolomon, a character created by Johns and Scott Kolins introduced
as Zoom in 2003, with a name inspired by Professor Zoom — another
alias of the Reverse-Flash, Eobard Thawne, the main villain of the first season
of The Flash (played by Cavanagh). Zoom’s powers were more based on time which could play into the theme of season 2.

“This year we’re going to be introducing characters
from Earth-2. That’s obviously the origin of
Jay.”

“Jay Garrick is obviously integral to the Flash
mythology. Now that we’ve
established our Flash, we thought it was interesting to bring on the original
Flash, and create a brand-new episode for Barry to have.” Johns pointed
out the episode number of last year’s season finale which had the first
appearance of Jay’s helmet was “1:23,” the same as the issue number of The Flash comic book where Jay first met Barry (the famous
“Flash of Two Worlds” story).

“Gorilla Grodd will be back. We have a big Captain Cold/Golden Glider
episode early on. We’ve got a couple villains we
don’t want to share, yet. We’re really excited about Zoom — how that presents,
the challenges he brings to our characters. He’s going to be terrifying, and
scary, and fast.”

– Andrew Kreisberg
When asked about Villains for season 2
A fan delivered a very direct question: “Will Cisco
become Vibe next season?” After a few non-answers, Johns pointed out that
he and Kreisberg wrote a Vibe series for DC Comics, which explained
how the character’s powers worked with the multiverse. 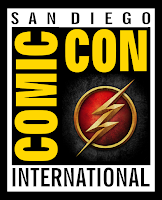