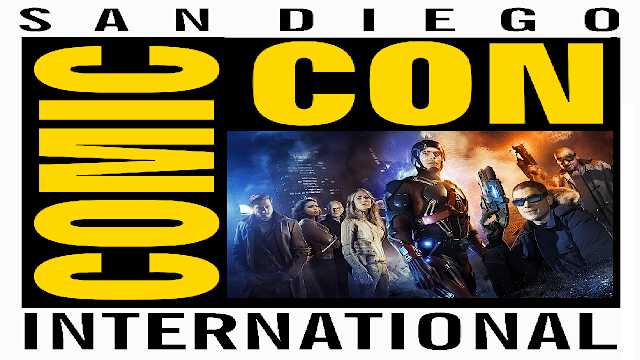 To kick off the Legends of Tomorrow panel they show a quick video that showed some new footage, with
cuts to comic book-like art of the individual main characters. That led to the
previous released trailer for the series.

Guggenheim told the crowd that the first few episodes of the
new seasons of both Arrow and The Flash will contain some
“table-setting” for Legends of Tomorrow — including
revealing to the world that Ray Palmer survived the Arrow season
finale explosion, and reviving Sara Lance from the dead.
Johns revealed that along with Hawkgirl, Hawkman will appear
in Legends of Tomorrow. No casting was announced.
Johns asked Klemmer, who recently worked on The
Tomorrow People, about what attracted him to Legends of
Tomorrow.

“That was one of the easier decisions I’ve ever
made. Being able to return to the Berlanti family;
I’ve spent my entire career at Warner Bros. To be able to do something like
this, with a cast like this, really was a millisecond sort of decision.” 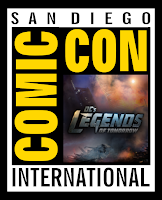