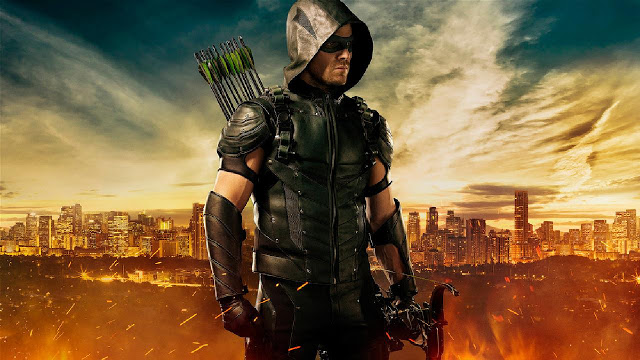 Arrow Season 4 is in for a lot of big changes the announcements all started last month at The WBTV and DC Entertainment Screening Block at SDCC where Stephen Amell set the crowd wild when he came out in his Season 4 costume. Then gave a monologue that made them go even crazier and in that monologue he said he will now be protecting Star City and will be doing so as Green Arrow! Now thanks to a Entertainment Weekly we have a first look at the conception art for his new lair, which is being referred in the Writer’s Room as the Arrow Bunker!

“In designing the new lair, we had to think in terms of the much larger group that Oliver [Stephen Amell] has now surrounded himself with and how Team Arrow is a much bigger enterprise.” 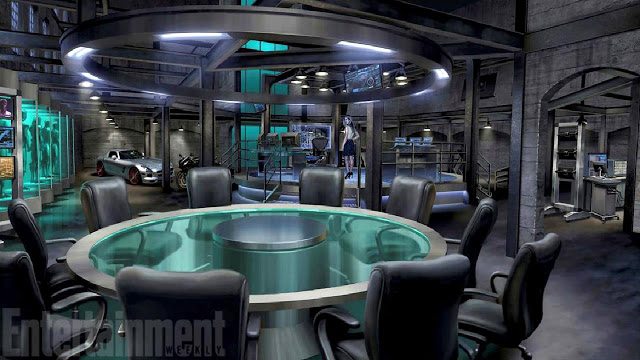 “One of the fun things about this lair is that as opposed to one big space, where everyone would congregate, it’s now a much larger space divided up into smaller spaces. There is an area for Felicity [Emily Bett Rickards] to work, there is an area for Oliver to work out, and there is a garage. There are many different places we’ll continue to discover over the course of the season that give you a sense that this thing is a bit bigger than we got used to in the first three years.”

Guggenheim declined to provide the actual location of the new HQ within Star City so I guess we’ll have to wait and see where it is at when Arrow returns for its 4th season on Wednesday, Oct. 7 at 8 p.m. ET on  The CW .

Let us know in the comments what you think of this DC Entertainment & The CW Network News and don’t forget to follow us on Twitter for the latest Previews, Reviews, News and Interviews!