BOOM! Studios Announces Two New Releases for December 2015
BOOM! Studios is getting in the holiday spirit a little early with two new releases announced this week. One is a one-shot, the other a mini-series from BOOM! Box and the main BOOM! Studios imprint respectively.
First up, from BOOM! Box, we find the treat of MUNCHKIN: DECK THE DUNGEONS from BOOM! Box, a new one-shot in the world of the popular card game turned comic book.
If you are a fan of the card game (as well you should be – it’s a lot of fun!), then you are in for a holiday treat with this one-shot by superstar writer KATIE COOK and artist MIKE LUCKAS! It’s a 48 page retelling of Charles’ Dickens A Christmas Carol Munchkin style! Check out the official solicitation below: 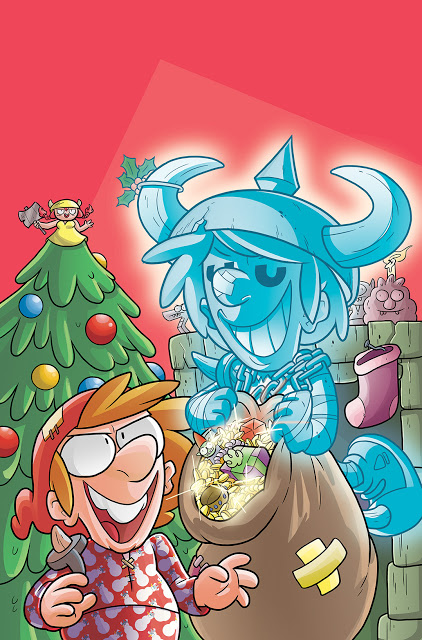 Main Cover by Ian McGinty
Munchkin: Deck the Dungeons
One-shot
Publisher: BOOM! Box, an imprint of BOOM! Studios
Writer: Katie Cook
Artist: Mike Luckas
Cover Artists:
Main Cover: Ian McGinty
Incentive Cover: Katie Cook
Format: 48 pages, full color
Price: $4.99
On sale: December
Synopsis:
What’s to Love: There’s nothing better than getting a ton of loot during the holidays, and we can always count on Spyke and Flower to make the Yuletide a little more interesting!
What It Is: Charles Dickens is turning in his grave as Katie Cook (My Little Pony: Friendship Is Magic) and Mike Luckas (Skull Kickers) put a Munchkin-sized spin on A Christmas Carol. Tour the Dungeons of Past, Present, and Future! No one learns anything, obviously, except to pillage, steal and stab others in the back in the spirit of Christmas. 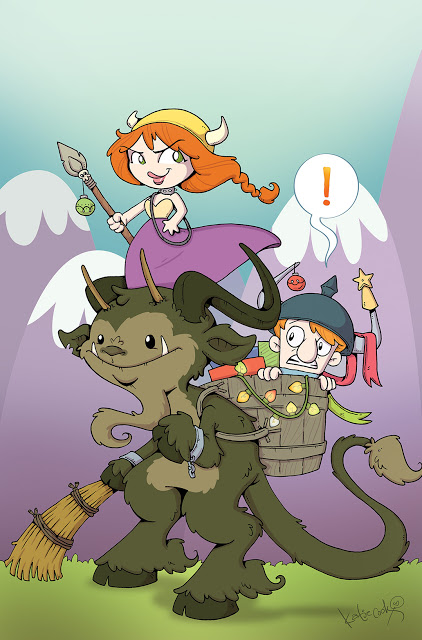 Incentive Cover by Katie Cook
Next up, from the main BOOM! Studios imprint, comes a new 4-issue mini-series titled SNOW BLIND from writer OLLIE MASTERS and artist TYLER JENKINS! A teenager in Alaska learns via Facebook that his family is in the Witness Protection Program, and has to figure out why! You can read the solicitation for it below as well: 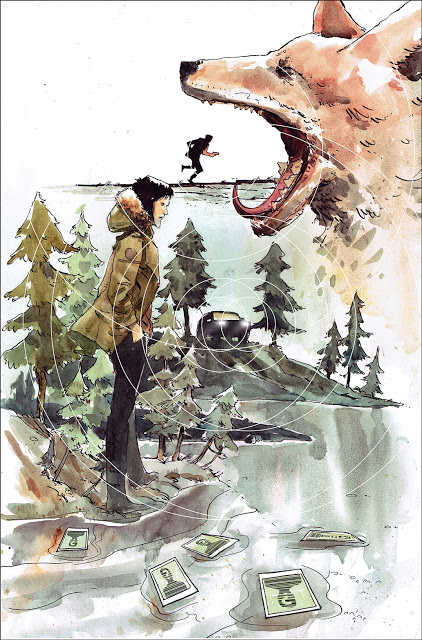 Snow Blind #1 (of 4)
Publisher: BOOM! Studios
Writer: Ollie Masters
Artist: Tyler Jenkins
Cover Artists:
Main Cover: Tyler Jenkins
BOOM! 10 Years Incentive Cover: Felipe Smith
Incentive Cover: Matt Taylor
Format: 32 pages, full color
Price: $3.99
On sale: December
Synopsis:
What’s to Love: With books like Hit and Day Men in our library, you can tell we absolutely love noir stories, and the more unconventional, the better! Critically acclaimed writer Ollie Masters (The Kitchen) and artist Tyler Jenkins (Peter Panzerfaust) have crafted a tense noir story in the tradition of Criminal, Scalped, and 100 Bullets, set in the bleak, snow-covered landscape of Alaska, a perfect setting to highlight the cold nature of crime.
What It Is: What happens when you discover your dad isn’t the man you thought he was? For high school teen Teddy, life in a sleepy suburb in Alaska turns upside-down when he innocently posts a photo of his dad on Facebook, only to learn he and his family are in the Witness Protection Program. A man seeking revenge invades their town, and soon FBI agents arrive, too. But what if his dad’s reasons for going into the program aren’t as innocent as he says? 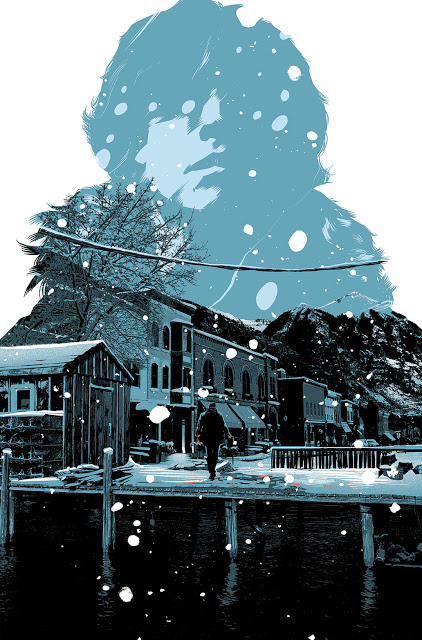 Incentive Cover by Matt Taylor
These are just a couple of the cool titles you can expect from BOOM! Studios this holiday season. Check out their website for more information on current and upcoming releases!
www.boom-studios.com

Images courtesy BOOM! Studios
Let us know in the comments below if you will be picking up either of these titles!