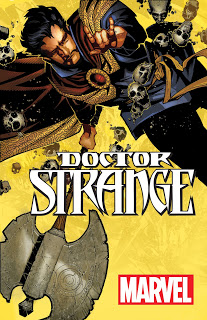 The Doctor Is In! Your First Look at DOCTOR STRANGE #1!

The Sorcerer Supreme returns for his first ongoing series in nearly twenty years, and he’s making house calls! Marvel has shared with Comic Frontline first look inside DOCTOR STRANGE #1, the new ongoing series from blockbuster creators Jason Aaron (Star Wars, Thor) and Chris Bachalo (Uncanny X-Men, Avengers)! Prepare for a side of the Marvel Universe you’ve never seen before as the magical, mystical and all things weird lie at every turn! And if you don’t know where to turn – call the Doctor. From inside his Sanctum Sanctorum – the Master of the Mystic Arts defends the Marvel Universe from any and all supernatural threats.

But a dark new power is rising. One that will have repercussions for all magic users. The threat is growing, and Strange knows he won’t be powerful enough to stop it. If he is to have any kind of hope, it’ll take a new kind of Sorcerer Supreme. Because all magic comes with a price, and it’s high time Stephen Strange balanced the scales. 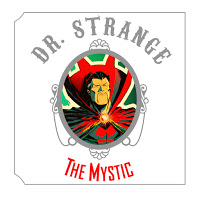 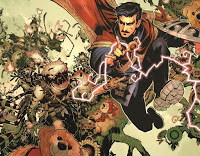 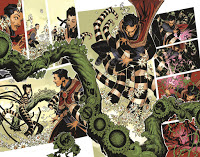 The epic adventure begins this October as Marvel’s mightiest magician takes a battle axe straight to evil in DOCTOR STRANGE #1!