Danganronpa is a critically acclaimed video game series and anime. Did you enjoy Battle Royale? Want to add in a little Phoenix Wright? Then you’ll probably enjoy Danganronpa. Now, Dark Horse Comics has licensed the Danganronpa manga and is bringing it to the US.

The release of the Danganronpa manga was originally announced at Anime Central. The manga will be based off of the two first visual novels of the game. The writer of the series is Japanese video game developer and publisher Spike Chunsoft. The artist is Dave Steward. It was unclear, but this manga is probably a remastered addition of the original Japanese manga since the writer is the same but the artist is new.

Danganronpa takes place in the elitist Hope’s Peak Academy. Every year, the most gifted and talented students are selected and enrolled into the school along with one ordinary student chosen via a lottery system. Danganronpa takes place during the year when this “lucky” student is Makoto Naegi. He joins a cast of eccentric students who are forced to stay inside of Hope’s Peak Academy under the rule of a robot teddy bear principal named Monokuma.

These fifteen students soon learn that the only way they can ever leave the school is to murder one of their fellow classmates… and get away with it too! If they are found out during the tribunal that occurs after each murder, the murderer is executed. If the students fail to figure out who the murderer is, all of the innocent students will be killed and the killer gets to walk out scot-free. 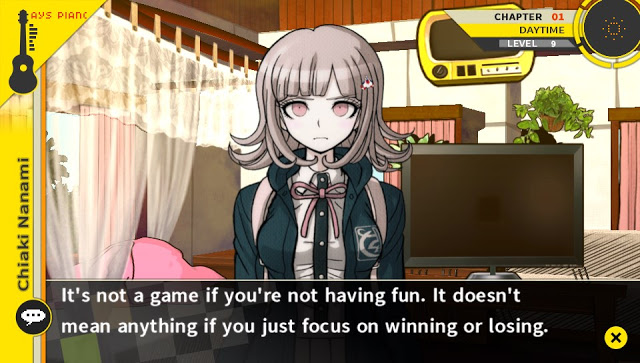 Danganronpa is one of unfortunately many anime on my list of things I need to finish watching. But having experienced a little of it I can say the premise is entertaining and full of tension, the art style is unique and the characters left me wondering: Who will be stabbed in the back next? And who will be doing the stabbing? 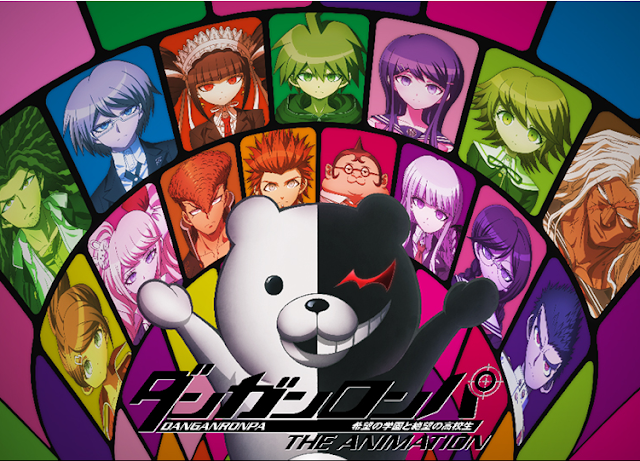 The Danganronpa manga will be a limited four-volume series. The ISBN, price and release dates for each volume are as follows:

The limited manga series can be pre-ordered at your local comic shop or at the following retail stores: Amazon, Barnes and Noble, and IndieBound.

And if you missed it, Jay El also covered some information about the Danganronpa manga in his video “Breaking News: Dark Horse Becomes High School Level Danganronpa Manga Publisher.” You can check that out here: