Age of Revolution: Volume One is set in an alternate world where all scientific knowledge has been erased from humankind’s mind. This spawned two factions of believers. There are the Scientists, people who believe they are meant to rediscover the science that has been forgotten. Then there are the Spell Casters, people who believe magic should govern the world and science should stay forgotten. These two groups caused the Great War which lasted 100 years.

This story takes place after the war. Tensions are still high and violence continues to occur. The story focuses on five character brought together by the World’s Military to battle the forces of evil called S.C.A.R. The first volume of Age of Revolution collects all seven issues of the story.

The money raised on their Kickstarter will be used for the following:

The £1,500 target covers Kickstarter fees plus printing at least 100 copies of Age of Revolution: Volume 1, buying more merchandise (stickers, badges, posters, etc.), posting Kickstarter rewards and attending Comic Cons and book signings to promote and sell the volume. Stretch goals include a hardback cover at £2,000 and for £2,500 the volume will be super-sized. The last stretch goal will be at £3,000 and the volume will be translated and printed in Welsh as well. This means Age of Revolution could be the first ‘Wanga’ (Welsh language Manga) series!

The project will be funded if at least £1,500 ($2,317) is pledged by October 15, 2015 at 5:26 AM EDT. For $1 you will receive a thank you in the book. At $10 you will get not just a thank you but also digital wallpaper and a digital copy of Age of Revolution: Volume One. You can also get a cartoon portrait of yourself for $15. There are even more awards going up to $200. You can view the rest of them and pledge money to Age of Revolution: Volume One on their Kickstarter page.

For more information about Age of Revolution: Volume 1, I spoke with both Huw Williams and Hannah Collins:

Me: I know on your personal blog IWANTWINGS you often write what you describe as “feminist musings” on various media including Disney films and anime. Can you talk about some of the articles you’ve written about this and their importance to you?

Collins: I’m as passionate about writing as I am about art, and after I left university I needed an outlet for my analytical writing alongside my fiction writing. Feminism and pop culture are two of the biggest spheres of interest in my life, and I’m also a big believer in the idea that pop culture both reflects and influences what goes on in society, which is why I decided to use the blog mainly to explore representation and misrepresentation of gender in my favourite mediums. I do write about other subjects sometimes though, and last year I attracted a lot of unexpected attention when I wrote an open letter in response to an Internet group called ‘Women Against Feminism.’

I’m currently writing an on-going series exploring the representation of gender in the Disney Princess film canon (from Snow White to Frozen), called ‘Wicked Wiles’. These films are what I and generations of girls stretching back over 70 years have been weaned on as children – which is kind of a big responsibility for a company – and so I was interested to find out exactly what kinds of messages they had been impressing upon us. I use an analytical questioning system similar to the Bechtel test to find out the gender balance of each film; who drives the plot; and generally how women are treated in each film and then give it a positive, negative, or neutral classification in the end in terms of gender representation. It’s fascinating watching your old favourites again with so much scrutiny! The series is also being published on the Fanny Pack blog, which is a communal blog for feminist writers. 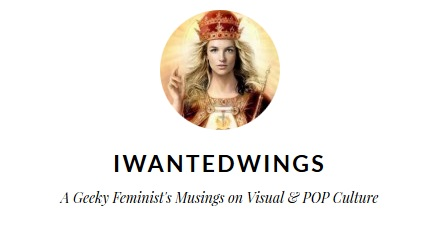 Me: What are some of your favourite kid’s cartoons and do they ever influence your artwork in any way?
Collins: I watch more kid’s cartoons than most adults probably should so that’s a hard question! My current favourites are Steven Universe, Adventure Time, Gravity Falls, Bravest Warriors, and Regular Show. My all-time favourites are probably Avatar: The Last Airbender & The Legend of Korra, Batman: The Animated Series, Young Justice, Teen Titans, Spectacular Spiderman, Powerpuff Girls, Spongebob Squarepants, W.I.T.C.H., and just about every Disney and Pixar film. I’ve probably forgotten a few!
I tend to find myself influenced more by the pacing and facial expressions of cartoons more than anything else. Lots of the expressions I use in my newspaper strip (Lemon’ead & Beefy) are inspired by Spongebob and Adventure Time in particular. Those shows both use that technique where they zoom in on a character’s face and it’s drawn in gross detail, and I think that’s due to the fact that Pendleton Ward obviously worked on both of them.
The other thing I guess is the Eastern influence on some Western shows which I took as inspiration for the Age of Revolution manga style. I first noticed it in Teen Titans. Character designer Glen Murakami’s blended so much anime into the look and feel of the show that the style became known as ‘Murakanime’, which he carried over into Ben 10 too. The same is true in the Avatar series – so true in fact that people even mistake it for anime. Even now, I notice that shows like Steven Universe have loads of anime touches in them, both aesthetically and thematically. I think it’s because the generation who grew up in the anime boom of the 80s and 90s – like me – are now working in the industry and have clearly carried their influences with them.
Me: What inspirational words do you have for people aspiring to create their own comic book company?
Collins: Only do it if you’re prepared to work long hours, not have much money, and really have a passion for it. I know that’s not very inspirational, but it’s true! Also, I’d recommend working with at least one other person on it. Sharing the workload is so much better than going it alone – especially when you’ve got to take a toilet break at a convention and no one to watch your stall for you!
Me: What inspirational words do you have for aspiring comic book artists?
Collins: The mistake people often make about art is that it’s 90% talent, 10% work. It’s the other way around. The talent is what will give you that initial spark, but if you want do anything with that spark, you have to put in the hours to hone your craft. Practice, perseverance, and passion. I’ve been drawing since I was 6-years-old and I know I still have a lot to learn and a lot to improve on. Also, don’t worry too much about ‘finding your own style’ either, that’ll eventually emerge naturally with time. Finally, I’d recommend drawing for pleasure. You should definitely take life drawing lessons and learn your anatomy and all that, but if you’re not having fun as well, why do it?

Me: If you were in Age of Revolution, would you side with the Scientists or the Spell Casters? Why?

Huw Williams: Hmm, this is a tough one for me as both sides have their pros and cons, their villains and heroes. So I guess I’d have to make my choice based on style and abilities…I’d like to see myself battling bad guys next to General Gannon, with nothing but a set of brass knuckles and my determination.

Me: If you had to describe each of the five characters on the team in one sentence, what would you say about each of them?

Takeo: An arrogant and powerful martial artist, ready to prove himself to the world.

Caesar: A bad-ass ex-cop, driven by his own personal vendetta.

Satoshi: An orphaned genius who I still trying to find his place in this world.

Chiharu: One of the best Black Ops agents in the military, a great warrior, but never afraid to show her girly-girl side.

Yuki: A quiet and stoic individual with a gentle heart of gold. 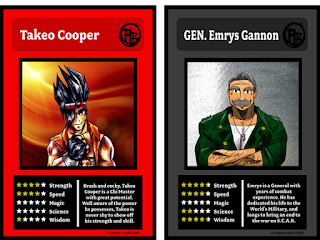 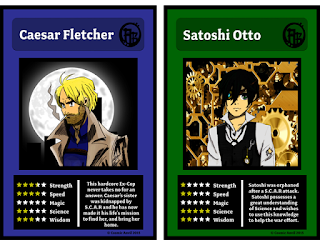 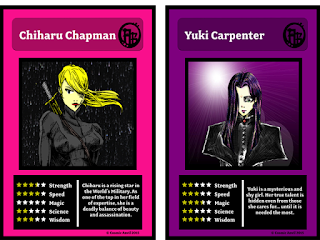 Me: If all five characters got into a fight with each other, who would win and why?

Williams: Why are they fighting? They’re all teammates. If they all fought in a battle royal, I’d say Chiharu, her stealth and superior training would win her the battle, but that might all change as the story goes on :3

Me: What is the number one reason why you think people should back Age of Revolution?

Williams: We have received a lot of positive reviews for our first five issues, but there is so much more story to be told, so many more interesting characters to meet. This backing will help us carry on telling the amazing story of Age of Revolution.

Me: In what ways does manga inspire your work?

Williams: Manga inspires every element of my work. Age of Revolution isn’t just a comic that has manga styled artwork; manga is on my mind when I’m writing it as well. The action is outrageous and the comedy is tongue in cheek, just like my favourite manga.

If I ever have writer’s block I turn back to the things that inspire me, and most often or not, it’s Manga.

Me: If you were on a desert island and could only bring three manga to read and three anime to watch (you magically have the power to watch anime on this island), what would you choose and why?

Kinnikuman, One Piece and Toriko, as these are my three favourite manga that I am reading at the moment, and if I don’t have them I will need to leave the island.

Dragon Ball Super I am currently watching, so I will have to watch it, plus Dragon Ball is amazing.

Attack on Titan, I have to know what will happen next!

Finally, I will choose something I’m not watching. Kill la Kill will have to be my third as I watched the first episode and loved it, but just haven’t returned to it. 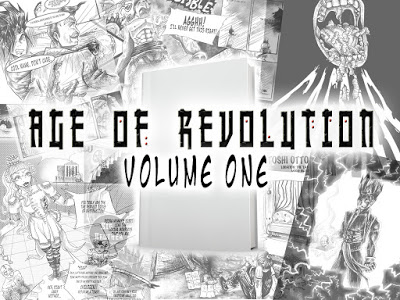 Me: What inspirational words do you have for people aspiring to create their own comic book company?

Williams: Do it! It might be simple and it might not be that original, but this is the best I can do. If you have the grit, the chance and/or the talent to do it, do it!

Williams: I would repeat the above, but I would like to add something for the writers. The main enemy to creativity is a lack of persistence. The one thing you have to do as a writer is keep going. Keep writing, keep reading, keep watching (film and TV). If you get negative feedback, learn from it, and write some more. Keep doing what you’re doing and you will see the results.

Me: Thanks for your time and for working towards making Wanga possible! If you’re interested in owning it, check out their Kickstarter page here.

Bayani and The Nine Daughters of The Moon