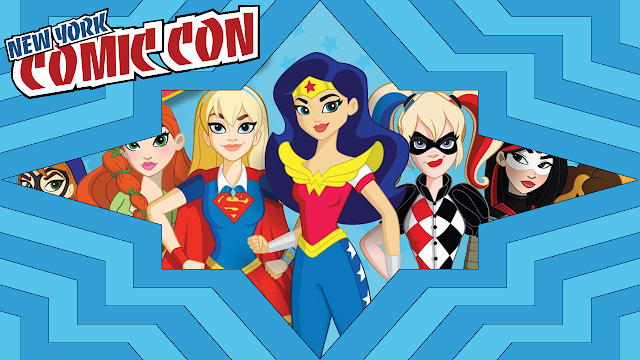 Back in April DC Entertainment announced they were going to launch an exciting new universe marketing their iconic female characters for younger girls with DC Super Hero Girls. The hope is that they can reach young girls and empower them by taking their most powerful and diverse female characters and re-envisioning them as teens. The goal is to help inspire young girls in building character and confidence.

Get your cape on! DC Super Hero Girls, the girl-powered new line of toys, animation and graphic novels, made a splash at New York Comic-Con with a standing room only panel and booth. In this clip, hear from several of the women responsible for bringing the DC Super Hero Girls to life as they discuss what this new take on the characters means to them and to the next generation of DC fans.

Let us know in the comments what you think of this NYCC 2015 Announcement and don’t forget to follow us on Twitter for the latest Previews, Reviews, News and Interviews